Bland presentation and sloppy mechanics sink Battleship more effectively than a torpedo ever could.

Battleship has the unique distinction of being a video game based on a movie based on a board game, but that's probably the most interesting thing the game has going for it. Developed by Double Helix Games, the studio perhaps best known for Silent Hill: Homecoming and (more relevantly) for turning Square's beloved Front Mission strategy franchise into a shooter, Battleship is a disappointing first-person shooter/strategy hybrid destined for a watery grave.

You play as EOD 1st Class Cole Mathis, and your job as the game opens is to dispose of explosives. That role evolves in the very first level when a strange object falls from the sky and interrupts a training exercise. In an instant, the Hawaiian archipelago finds itself cut off from the outside world and facing off against aliens who are launching an invasion from the sea. Your new task is to run around on land, shooting humanoid aliens and periodically ducking behind cover to give coordinates to ships that would be lost without your guidance.

Despite the mostly welcome and entirely appropriate presence of some strategy sequences, much of Battleship is devoted to clunky segments that play out on land. An onscreen indicator points you in the general direction you're supposed to move and lets you know how many yards you are away from that destination. You are left to fumble through dull landscapes that do a horrible job of making Hawaii look like a place worth saving. Generally, you head to one military compound or another, disable an alien barrier that is scrambling radio signals, and then repeat the process in the next level.

Besides being thoroughly uninventive (unless you count crates stacked in grassy fields and along ravines as creative), the game's environments are also designed inconsistently. Sometimes you can drop from ledges and scavenge for ammo along grassy slopes, but other times you smack into an invisible barrier that prevents you from descending toward shelter as gunmen pelt you with shots. There's a main path you need to follow through each stage, and you shouldn't stray from it…except when you are actually supposed to wander to find one of four useless peg collectibles hidden in each stage.

One of the game's more persistent issues is its awkward combat. While the controls feel like they were lifted directly from the Call of Duty series, something went wrong with the copy-paste job. Your weapons rarely hit their apparent target unless you get up close and personal, which is difficult when your enemies are so good at moving around and firing at you from unlikely vantage points. When you fire automatic weapons, your target reticle starts with a wide spread that only grows narrow enough to be helpful about the time you finally run out of bullets. Then you have to wait through some ridiculously long reload animations and hope that no enemies decide to rush you while you're defenseless (switching to a secondary weapon doesn't work nearly fast enough to be helpful in such cases, unfortunately).

Besides the issues that you encounter on land, you often must worry about unknown disasters waiting at sea--and this is where the overhead strategy sections come into play. Whenever you like, you can press a bumper button on the controller to pause the action and ever so slowly call up a grid that represents the current landmass, as well as the surrounding ocean water where your ships are positioned. As a stage progresses, alien seacraft advance and come within radar view. Your ships fire automatically at any targets that move within range, but you have to babysit your fleet's movements: the extraterrestrial boats are good at sneaking around your stronger ships and then picking off your weaker ones in rapid succession if you are distracted for too long by the FPS segments. By the time you get an explicit alert that things have gone south, they might have become bad enough that there's no hope of recovery.

You might suppose that a winning technique would be to simply focus on the naval scenes first, especially since there are a finite number of enemy ships, but the game's strategy and FPS modes are linked in such a manner as to prevent that particular tactic from working. In later stages, your fleet is doomed unless you supply it with a fairly steady stream of power-ups that you can obtain only by killing enemies on land. There's no getting around the constant back and forth.

While the unique combination of land-based segments and strategic sea battles could have proven interesting with careful implementation, Battleship's execution is flawed almost across the board. The strategic segments--though frequent--are much too brief, and you don't even get to watch confrontations unfold in an interesting manner. Unless you take direct control of a vessel by using a power-up (which only lets you press shoulder buttons for up to 20 seconds to fire a bunch of missiles and torpedoes), or you happen to be in a good position on land to look out over the waves where the important stuff is happening, the most you see from water battles are tiny silhouettes on a digital screen that turn gray when the ships they represent sink.

As disappointing as the maritime presentation is, the game's biggest problem is that the much more prevalent land segments are either tedious or annoying. In several instances, you have to defend points from alien swarms over the course of a few minutes (often while fighting poor visibility), and then you are almost always rushed by a group of brutes just as your bullet clip empties. If that leads to a failed mission objective, you have to wait 20 or 30 seconds before you can return to the previous checkpoint. Then you will likely need to reposition all of your ships on the grid and gun down a number of weak foes before you can return to the point where you previously died while trying to defend a structure or armaments. There simply aren't enough checkpoints placed throughout the stages, not when being forced to replay even small segments of the game is so thoroughly annoying.

In the event that you are immune to the game's primary flaws, Battleship still stands to disappoint you because there are only seven redundant missions and no alternate modes available to keep you busy when you're done with the campaign. The next time you're in the mood to sink ships, try the board game instead. 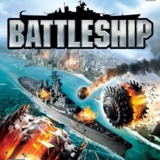 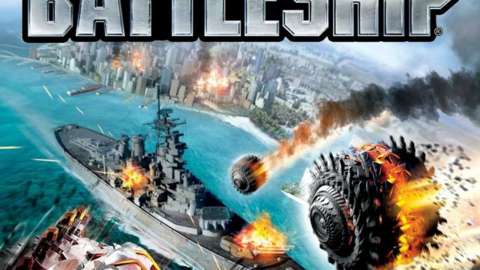 Battleship follows elite demolitions specialist Cole Mathis as he clashes against an aquatic-based extraterrestrial peril in the sand and sea of the beautiful Hawaiian archipelago.