Battles of Prince of Persia Review

Underneath its modest looks and intimidating, complex battle system is a turn-based strategy game that is surprisingly fun and satisfying.

The Prince of Persia series doesn't seem like an ideal candidate to modify into a turn-based strategy game. The action adventure games on console are epic and cinematic in their visual splendor, as well as very story-driven--attributes that are hard to bring out on a handheld strategy game. While Battles of Prince of Persia certainly falls flat in maintaining an epic presentation, as a strategy game, it's actually fairly deep, offering a satisfying level of complexity for turn-based strategy buffs. The steep learning curve, however, may be off-putting to those who aren't familiar with the genre.

The story of Battles of Prince of Persia fills in some of the blanks between the Sands of Time and Warrior Within games on consoles and PC. As you go through this game's lengthy 24-mission campaign, you'll learn more about how the Dahaka began pursuing the Prince, and the sorts of measures the Prince takes to dodge his fate. You'll also be able to play missions as other major characters, such as an Indian general, and see how the story plays out from other perspectives. The storyline advances through text-laden comic book panels. Unfortunately, there's no voice at all in the game, and the art style isn't particularly inspired, either--which is even more disappointing given how stylish the action adventure series has looked in the past.

The first couple missions in the game serve as a tutorial. Similar to Advance Wars, the battlefield in Battles of Prince of Persia is a simple grid, with certain terrain squares offering defensive or offensive bonuses or penalties. The troops at your disposal range from melee troops like pikemen, swordsmen, and cavalry to ranged units like archers, and even artillery like catapults. A general unit is also available to each side--generals are extremely powerful units, with varying abilities depending on the general. The Prince is an accomplished swordsman, obviously, but other generals may specialize in ranged or magic attacks. All generals carry a command aura around them to offer bonuses to nearby units. Battles of Prince of Persia goes beyond the basics with some added complexity--every unit has a facing, so you can gain an advantage by flanking around the side or the back when you attack. Morale for each unit is also a factor. An extremely crushing attack, for example, can cause a unit to begin fleeing the battlefield. Overwhelming attacks can also push a unit back a square--if they're pinned by another unit or a part of the environment, like a river, then the pinned unit suffers additional damage. This discourages you from just stacking all your units up together. You also need to be careful when you use your ranged units, like archers or artillery. Their fire actually affects any units surrounding the target, which is nice if the enemy has lots of units stacked together, but it also means you need to consider friendly fire before you shoot.

It all seems like a lot to keep track of, and while the tutorial does a good job at conveying the basics, a lot of the subtleties of the game need to be learned on the fly. For example, it does seem like there is a logical rock-scissors-paper relationship between swordsmen, pikemen, and cavalry in Battles of Prince of Persia. While this relationship is intuitively obvious to anyone who plays a lot of strategy games, the tutorials and manual don't seem to address the point very clearly. Once you digest all the nuances of the game, however, you'll find yourself putting a lot of thought into every move you make. If you're sloppy, the computer is often quick to take advantage of your errors and punish you for them, whether it's raining catapult shots on clumped-up troops or pouncing on an unprotected archer unit.

Battles of Prince of Persia also has a card-strategy component to it, and this plays in to how each army trades turns. Time on the battlefield is divided into hours, and these are further subdivided into turns in which each general can play a card from his hand. You can enter a battle with a deck of 30 cards. Most of these cards are going to be standard-order cards, which you can play to give orders to two, three, or four units during the turn. Much like land cards in a game of Magic: The Gathering, the standard-orders cards are going to form the bulk of your deck. However, you can intersperse a number of special cards into the deck that can enhance your chances at battle. These cards have widely varying abilities, like allowing your missile units to move and shoot in the same turn, or giving temporary movement or combat bonuses to certain units. Other cards can put auras on specific units for added bonuses in battle, or add negative effects to enemy units. Once you've played a card and given the requisite orders to your troops, the opponent plays a card and does the same. As you give orders, troops become used for the rest of the hour and cannot be moved again. Only after both generals pass on a turn does the hour advance, and all the used troops are available for orders again. At that point you'll also draw more cards into your hand and return to the battle.

You'll earn cards with every battle you win, and you can begin mixing these into your deck in between battles using the included deck manager. And much like a game of Magic, the special cards you have in your deck and the luck you have in getting your more powerful cards to come up all play a big role in how well you can fight. Unfortunately, the deck manager in the game is cumbersome to use. It's difficult to see at a glance which cards you have and what their strength is relative to other cards. You'll also find that some cards end up having fairly redundant functionality to other cards; so while the back of the game box trumpets "more than 200 cards" in the game, the actual variety is less than that number implies. Even so, the card system in the game adds yet another fun layer of complexity to the fights in Battles of Prince of Persia and helps differentiate the game from other similar strategy games.

While the actual gameplay in Battles of Prince of Persia is certainly meaty and appealing for turn-based strategy buffs, the dressing doesn't do much to appeal to fans of the series who may not be as familiar with the conventions of the genre. As mentioned earlier, the text-heavy cutscenes used to advance the story aren't particularly stylish; neither are the primitive-looking animations you see in the top screen each time you engage a unit in a skirmish. The battlefield and icons used for each of the units are all pretty basic-looking. Even the artwork on each of the cards--often a highlight for card-based strategy games--is generally plain and unappealing. The truth is, even if Battles of Prince of Persia was a Game Boy Advance game, it wouldn't look like much. As a DS game it just leaves a lot to be desired. The sound effects in the game are pretty ordinary and thin, as well. The few songs used for menu screens and battle get repetitive pretty quickly, and there's no speech at all. What saves the overall presentation is the game's pretty good use of the touch screen for giving orders in battle and managing the battlefield. You'll need one hand on the D pad and shoulder button as you poke at the screen, but thankfully for lefties, the game mirrors the control mechanisms on the D pad to the four face buttons and right shoulder button.

Battles of Prince of Persia also includes a head-to-head multiplayer option, and you're rewarded with different cards for trying out the mode, as well as the ability to trade cards with friends using the DS's wireless capability. Given the deliberate pacing of the battles, though, the game doesn't really lend itself to a quick multiplayer game. There's also no game-sharing functionality, but two players can play on the same DS via hotseat mode.

While the Sands of Time series doesn't seem like it would lend itself well to a turn-based strategy spin-off, Battles of Prince of Persia is actually worth a look if you're familiar with turn-based strategy games. The modest presentation and steep learning curve in the game may be a turnoff for some people, but if you can get past those flaws, there's a worthwhile game underneath the sometimes ugly and intimidating exterior. 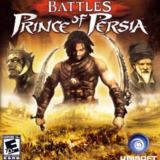 Battles of Prince of Persia
Follow
$19.99 on Walmart
Buy 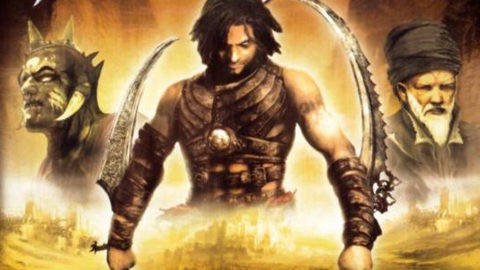 Battles of Prince of Persia

7.5
Sign In to rate Battles of Prince of Persia