It will go down in legend as the most bug-ridden, unstable, unplayable pieces of software ever released.

When Battlecruiser 3000 A.D. is dead and gone (and within a week of release it was on a fast track to oblivion), one question will linger: Could it have been a good game?

Was its creator's dreams and promises of a realistic, dynamic game universe where you could roam at will in a large ship, finding adventure, managing a complex crew, conducting ground warfare, and engaging in space combat, ever for real? Or were they just wishes sculpted in Jell-o?

We will probably never know. Battlecruiser 3000 A.D. is now out, and as one of the games with the longest development periods in computer history (seven years), it will go down in legend as the most bug-ridden, unstable, unplayable pieces of software ever released. (And, yes, I'm counting Falcon 3.0 and Patriot.) Who exactly is to blame is a subject for another time and place, but it is sufficient to point out that Dr. Derek Smart said a year ago that the game was "done except for the manual" and turned in his code to Take 2, who were supposed to test and refine this code graphically and then publish it. Neither of them is immune from culpability in this farce. Maybe they deserve each other.

Battlecruiser 3000 A.D. was planned as a universe simulator, without any real gameplay in the conventional sense, just a world to explore in a large starship that carried several smaller, faster fighter craft. Realizing that this was an unfulfilling structure for a game, the developers added a mission-based campaign, so that you actually have objectives and some sort of narrative. In the end, BC3K shipped with three modes of play: "Xtreme Carnage" is a jump-in action mode, Advanced Campaign Mode is a series of linked missions, and Free Flight is the free-range storyless mode in which you wander the galaxy looking for trouble.

According to the hype, BC3K offers an exciting array of new features. With a set of systems - including a bridge view, a tacops screen, a navigation mode, and various screens which process and provide information - you can travel to different star systems, scan planet surfaces, send out shuttles and fighter craft, interact with aliens and distant empires, and conduct landing missions and ground combat with jet-pack-equipped space marines.

Well, that was the plan. Little of it actually works, however. First, the game crashes constantly, more than any game I have ever played. Almost any action you perform will cause the program to go south. I didn't know what half the functions were or how to use them. Most of them don't work: going into orbit around a planet, using jump points, navigating to distant star systems, docking, and so on; the list is long. Objects pass through other objects. Ships don't do what they're told. Equipment won't work. I won't even go into the alleged ground combat mode because I couldn't make heads or tails of it, never got it to work, and haven't been able to find anyone who can even tell me if it's even in the game or not. Best of all, the campaign can't be played past the second mission, which is structured in such a way that it cannot possibly ever end.

All of this is made a thousand times worse by a manual that is more like an un-manual. If I fed my dog a set of Scrabble tiles he could have crapped a better manual. Online information only clouds the issue, with a long, rambling set of designer notes from Derek Smart that make him look like a charter member of the Jodie Foster Fan Club (John Hinkley Chapter). Take 2 is promising a replacement manual (as well as extensive bug fixes) for all registered users some time soon, but by then it will be too late. Right out of the box BC3K is the single most impenetrable game since Patriot.

The whole debacle is only aggravated by a core design that, even if properly documented and tested, was flawed from the outset. There is too much going on in too many places, and none of it is well-crafted. A messy network of screens, pop-up boxes, and function keys make managing even the most rudimentary functions a chore. Nothing is smoothly integrated or intuitive. Tacops - in which you manage space combat in a map-like top-down view - is a brain-scrambling mass of confusing commands and jargon.

Some other points can be handled quickly. The graphics are nice (the work of Take 2) but not extraordinary, and though the "living universe" elements are there in some places (day turns to night, people come and go), who really cares if there's nothing interesting to do? Privateer is fundamentally similar in play, and though it doesn't have the vaunted "depth" of BC3K, were such elements missed in the former? Not by me. I played Privateer from start to finish and loved it. BC3K had me reaching for the Alt-Q button after an hour.

And finally let's touch on the widely hyped "neural net" technology that supposedly gives BC3K its "terrific" AI (damned if I could find it) and real-world feel. There is no functional neural net in BC3K. Applying true neural net technology to a game of this size and getting it to run without causing havoc is improbable. Even if, by some unlikely stroke of programming genius, he has pulled this off, we will likely never know unless he opens his code to scrutiny, something he is loathe to do. (Even Take 2 was kept from seeing his secret code, which means they had to make their contributions and do their testing on half a product.)

Derek Smart and Take 2 were co-conspirators: Smart made the snake oil and Take 2 sold it. Even if this weren't the buggiest and worst documented game in history (which it is), chances are it wouldn't have delivered on all its many promises. Smart promised too much, and went about fulfilling that promise in all the wrong ways. In the process, he forgot that the most important object of creating a game is making it fun. 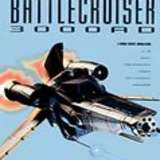