Toshinden 3 is what Toshinden 2 should have been - an improved version of the original.

Back in 1995, Battle Arena Toshinden was a shining example of 32-bit gaming and helped launch the PlayStation. It was a good game, but it suffered from repetitive and eventually tiresome gameplay. When Toshinden 2 came along, everyone was expecting an amazing sequel. Unfortunately what they received was a rehash with slightly better graphics and the same boring gameplay. Toshinden 3 is what Toshinden 2 should have been - an improved version of the original, with a ton of new characters and improved play mechanics.

The gameplay and combo systems are the most obvious beneficiaries of the overhaul. For starters, fights only last one round, and there is no time limit. Each player's life bar has been extended though, so battles last roughly the same amount of time as most fighting games, although here most of that time is spent fighting. Aside from each player's special moves, players can also call upon a super-move (an overdrive or soul bomb) that will rock their opponent with multi-hit combinations (which look cool despite their simple execution).

The graphics have also been touched-up nicely. Each player looks good and moves well, and the arena backgrounds are also impressive. In this version, fights take place in the same type of arenas as the previous games, but they're completely enclosed, allowing you to slam enemies into walls as well as blasting them into the ceiling. Toshinden 3 also offers a choice of graphics mode. The game's default mode is 30 frames per second, which looks great but moves a bit sluggishly. Gameplay fiends will want to sacrifice a bit of the graphical shine (and the associated texture mapping) for speed and control by switching over to 60 frames per second.

Toshinden 3 continues the trend started by Tekken 2 with characters that unlock as you progress through the game. While only fourteen characters can be selected when the game starts, players can unlock hidden characters and bosses by finishing the game with different characters (until all 32 characters are available). All the characters from the previous Toshinden games are included, except for a conspicuously missing Fo Fai. Replacing Fo is Bayhou, a crazy monkey with the same fighting style. In another parallel to Tekken 2, Battle Arena Toshinden 3 also allows players to try out new combos and see how much damage they do in a practice mode.

Toshinden 3 provides all of the upgrades that the series needed to get back on its feet. It adds plenty of intriguing new features, without losing the better aspects of the previous games. If you were one of the many who thought Toshinden was neat, but far too dull, this game may have what it takes to turn your viewpoint around. 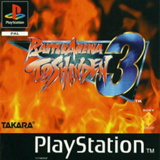 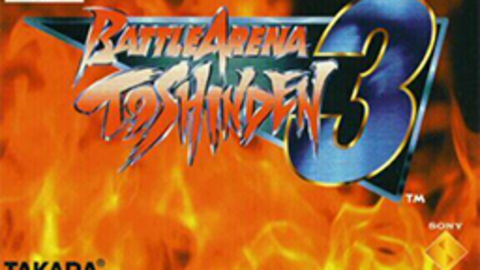 Toshinden 3 is what Toshinden 2 should have been - an improved version of the original.