Batman: The Brave and the Bold - The Videogame Review

Stylish visuals and exciting action make The Brave and the Bold a very good re-creation of the animated series.

Batman isn't lucky enough to get superpowers from the yellow sun or a special ring that lets him conjure objects out of thin air. He had to acquire his heroic abilities the old-fashioned way: by using the fortune he inherited from his dead parents to invent all sorts of nifty gadgets. The portable iteration of The Brave and the Bold makes good use of Batman's impressive gadgetry to create a diverse brawler in which it's just as much fun to bash your enemies to smithereens as it is to navigate the obstacle-laden environments. But the fun doesn't stop at tossing batarangs and swinging a batsword. The Caped Crusader is accompanied by a different sidekick for each of the first seven story levels, and they come with their own assortment of moves to ensure your adventure stays varied and fresh throughout. The only downside to this stylish and charming beat-'em-up is how easy the story missions are, but even that fault is rectified by unlockable challenge levels that will certainly test your bat might. The Brave and the Bold is a very good adaptation of the cartoon series, retaining the vibrant aesthetics while injecting solid action that is worthy of the Batman name.

There are eight story levels in The Brave and the Bold that can be tackled in any order (except for the last, which is only unlocked after you beat the first seven). Each scenario is an individual story episode, complete with a unique setting, villain, and sidekick. The tongue-in-cheek mood that permeated the Wii version is not present here, but both games do employ a similarly pleasing art style. Well-realized artistic design closely resembles the source material, and the wide variety of enemies you fight and worlds you travel to all look striking. All of the characters are nicely animated, which makes it satisfying to knock a robot out of the sky with Green Lantern's baseball bat or zap a gorilla with an electrified batarang. And there are the occasional jokes tossed in to help lighten the mood. One notable scene toward the end of the game is a beautiful reenactment of a classic moment from the first Batman movie, and you'll be hard pressed to suppress a smile when you see this iconic situation played out with pixels.

Of course, all of the goodwill The Brave and the Bold created through its fine presentation would be for naught if the action wasn't up to snuff, but that's certainly not an issue here. This game does a great job of making you feel like you're controlling Batman and his ragtag collection of sidekicks. Your standard assortment of moves includes punches, finishers, blocks and rolls, and the responsive controls make it fun to just jump around the levels whaling on anyone who stands in your path. But unlockable and upgradable gadgets push this core action to another level. As you play through levels, you earn coins for your hard work, and you spend these in the batshop before levels. By the end of the game, Batman can go from an ordinary, street-fighting orphan to a vigilante worthy of his superhero title. Tossing four electrified batarangs at once, peppering enemies with batgrenades and flashbangs, and even brandishing a sword make you feel like the legendary crime fighter. The Brave and the Bold doesn't veer far from what previous beat-'em-ups have offered, but responsive controls and a great array of moves make it a lot of fun.

You can switch between Batman and his sidekick at any time by tapping the touch screen. Throughout the adventure, you team up with Aquaman, Green Arrow, Blue Beetle, Green Lantern, Plastic Man, and the Red Tornado. Unfortunately, they don't have access to the gadgets Batman takes for granted, but even though you're limited to only a few moves per character, it's still a lot of fun to play as these sidekicks. Green Arrow, for instance, isn't much of a fighter, but he can use his arrows as stepping stones to get around the environment. Aquaman is more adept in the water than on land, and conjuring a water spear or summoning a man-eating fish are handy ways to dispatch foes. When you pass an episode, you unlock a miniature challenge level in which you play as one of these sidekicks alone, without any help from the Dark Knight. These stages each only take a few minutes to pass, but because you have a limited amount of health that cannot be replenished and death means you have to start back at the beginning, they can take a few attempts before you reach the end. These stages are designed on the strengths and weaknesses of the individual characters, and it's a lot of fun to freeze fountains of magma as Red Tornado or float around as Blue Beetle as you try to get to the end.

The varied level design in the story stages ensure that you must switch between Batman and his crime-fighting pal to progress. For example, because Plastic Man can turn into an anvil, you must switch to him to crash through breakable floors, but you have to switch right back to Batman when you have to grapple to a ledge. It's a good system that makes sure you don't rely on just one character for too long. This diversity stretches to the combat portions as well. During one boss fight, you have to conjure boxes as Green Lantern to reach the enemy's weak point, so you can't just rely on Batman and his fancy gadgets to succeed. But even with all the switching you must do, The Brave and the Bold is still a very easy game. The punishment for death is a quick restart only a few paces from where you fell, so there is never any fear of failure. But, at least the unlockable challenge levels pack a punch. Getting through a boss rush or a series of tough battles is no easy task, and you can't even take your upgraded abilities into these duels. For the majority of the game, you won't have to worry about enemies putting up much of a fight, but at least there's a harder option for those who crave worthy opposition.

The Brave and the Bold is a very good realization of the animated series. The action doesn't stray far from genre staples, but smooth controls and an empowering upgrade system make you feel like Gotham's favorite superhero by the time the ending credits roll. You should be able to get through the story mode and most of the challenges in about five hours, but it's still fun to replay levels just to mess around with your impressive gadgets or try to take down the bosses without getting hit. It would have been nice to have a bit more difficulty in the story levels, but everything else in this package is really well done. The Brave and the Bold is a refreshing take on beat-'em-ups, using eye-catching style and smooth combat to keep things enjoyable until you bring peace to Gotham once more. 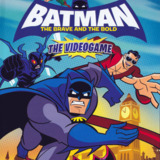 Batman: The Brave and the Bold - The Videogame
Follow
$17.36 on Walmart
Buy 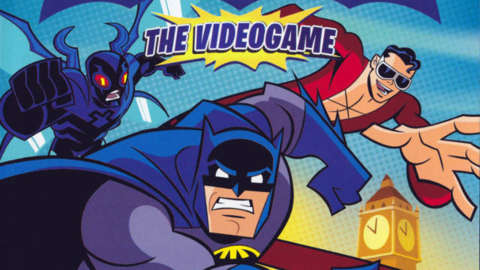 Batman: The Brave and the Bold - The Videogame

Batman: The Brave and the Bold the Videogame is an action adventure video game based on the popular animated series.

7.3
Sign In to rate Batman: The Brave and the Bold - The Videogame