It's ultimately a pretty basic beat-'em-up, but the strong production values and a solid combat system make for a gratifying experience.

Save for its overall air of cheese, the most memorable parts of ABC's campy 1960s Batman TV show were the fight scenes. Sure, Batman is a master of deduction, and he has that cool car, but what everyone really wants to see is Batman dealing out some good old-fashioned street justice to gangs of deserving thugs. While Ubisoft's last Batman game, Batman: Vengeance, was more of a full-fledged action adventure game, Rise of Sin Tzu strips out the adventure and beefs up the action. It's ultimately a pretty basic beat-'em-up, but the strong production values and a solid combat system make for a gratifying experience.

In Batman's latest caper, he must face off with Sin Tzu, a master strategist who is using the principles of Sun Tzu's The Art of War to take over Gotham City. Though Sin Tzu was created specifically for this game, you'll also go up against Arkham Asylum regulars like Scarecrow, Clayface, and Bane. But before Bats gets to any of these big-name bad guys, he will have to slug his way through wave after wave of lesser thugs. For the duration of the game, you'll walk from one end of a level to another, beating up bad guys as well as rescuing civilians and defusing bombs--but mostly, just beating up bad guys. This would get real boring real fast if Batman didn't have a flashy and surprisingly diverse combat system to work with--which, in fact, he does. You start off with a pretty limited number of moves, but as you advance, you'll be awarded with points, based on your performance, which you can use to purchase new moves. There's also a combo system, which you can use to charge up a special meter that, when activated, gives you access to a few incredibly brutal attacks for a short period of time.

The game also gives you the option of playing as one of three supporting Batman heroes--Batgirl, Robin, or Nightwing. Each offers a slightly different speed/power ratio than Batman, but, functionally, they're basically identical. In keeping with its arcade beat-'em-up roots, you can play through the story with two players, which opens up a few tag team attacks that are unavailable when flying solo. Though targeting enemies can sometimes be a bit of a hassle, the combat in the game is slick, fast, and fun. The regular introduction of new moves helps keep the gameplay fresh, and the occasional boss fight helps stave off monotony. The game is also pretty short, ending just about the time you're getting sick of the constant fighting. GameCube owners get a small bonus in the form of GBA connectivity, which lets you use points earned in the GBA game to unlock special items and trophies in the GameCube game. As with most games that tout such a feature, the appeal of the connectivity is limited and feels tacked-on.

The overall art style of Rise of Sin Tzu mirrors the highly stylized art deco look of the recent Batman cartoons, creating a dark, brooding atmosphere, while remaining fairly kid-friendly. Character designs are exaggerated, with square, Dick Tracy-style jaws and big, barrel chests appearing as the most common traits. Animations are also exaggerated, giving a big boost of comic book bravado to Batman's punches and kicks. You'll encounter fewer than a dozen different types of enemies through the course of the game, but tweaked character models and different textured skins help keep their appearances fresh. Light and shadow play big parts in the graphical presentation, and all of the lighting effects in the game look great. Shadows will stretch, depending on their distance from the light source, lights will give off a little lens flare when viewed directly, and glossy surfaces will reflect light accordingly. There are plenty of cool particle effects too, most notably in the game's convincing explosions. The volumetric fog that creeps out of the alleys of Gotham City just looks great as well. Though the scope of the game is pretty tightly focused--not really giving you a big picture perspective of Gotham City--it still looks really great. The only complaint that can be lodged against the visuals is the fully automatic camera, which usually helps keep the action square in front of you but can occasionally be a touch disorienting.

The sound design in Rise of Sin Tzu stands up as well. Attacks register with a pleasing amount of force, further amplifying the already heightened, comic-book level of punishment the thugs are taking. All of the voice acting, which is provided by the actors from the Batman cartoons, is top-notch, despite the fact that some of the dialog can be a bit melodramatic and rife with metaphors. In an odd style choice, the soundtrack in Rise of Sin Tzu is largely dominated by stripped-down three-piece rock music, though some dancey electronic stuff occasionally comes up as well. It's actually pretty good music, but it just doesn't quite fit the overall feel of the game.

The simplicity of the gameplay in Batman: Rise of Sin Tzu is one of its biggest strengths and one of its biggest weaknesses. If constantly slugging it out with common street toughs for a few hours doesn't sound appealing, this probably isn't the game for you. But if you do enjoy straightforward, no-nonsense action, Rise of Sin Tzu delivers it in an appealing package and is one of the best 3D beat-'em-up action games you'll find. 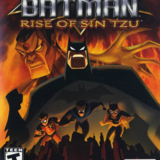 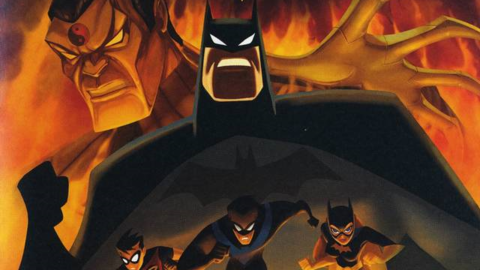 If you enjoy straightforward, no-nonsense action, Rise of Sin Tzu delivers it in an appealing package and is one of the best 3D beat-'em-up action games you'll find.