Brace yourself: Acclaim set out to single-handedly revive the side-scrolling beat-'em-up genre. Instead, they delivered a sucker punch to unwary gamers. Acclaim does deserve a certain amount of back-handed admiration for producing a game that relies on a concept which played itself out after Streets of Rage in 1991 - and for releasing a Batman game that's nearly two years behind its movie namesake. Gripes aside, Batman Forever The Arcade Game is the best looking Final Fight clone to come out in years. But as we all know, beauty is skin deep.

Batman Forever follows the plot of the blockbuster movie: The future of Gotham City hangs in the balance, and as Batman and/or Robin you punch, kick, and combination attack your way through multiple levels of action against Two-Face, the Riddler, and their henchmen. What does gameplay consist of? Beat up a bad guy. Walk to the right. Repeat. The special "combo attacks" add value (they work like special moves), but don't make up for the lack of variety in gameplay. In addition, the game is so easy to dominate that the motivation to continue is sometimes hard to muster.

What (sort of) saves this game is its looks. The animation of each character is incredibly realistic and smooth, and the backgrounds capture the look and feel of the movie. Were Batman Forever's polished 3-D graphics actually accompanied with fun gameplay, the genre could have very well been reinvented for the 90s. It's a shame Acclaim didn't put their impressive graphic design resources to better use.

Overall, Batman Forever is what you'd expect from Acclaim: mediocrity at its finest. It's not great, it's not even good, and it possesses Acclaim's infamous very own brand o' funk. It's sort of like the KISS Reunion Tour. The content is familiar and the delivery is rehashed - but what energy! Let's pray that the sure-to-be-produced Batman and Robin game does better. 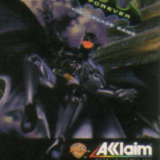 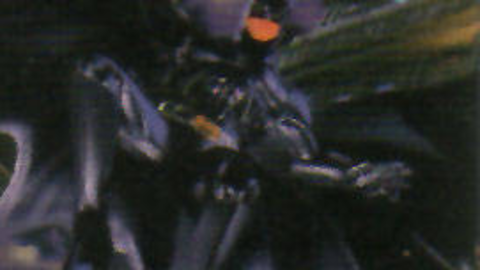 5.5
Sign In to rate Batman Forever: The Arcade Game