Baseball 2000 feels, plays, and looks just the way its name sounds: generic. The game fails to offer anything innovative in any category. Nothing Baseball 2000 offers hasn't already been done, and been done better.

Baseball 2000 features all the standard baseball-game licenses that allow for use of actual MLB teams, player names, and stadiums. The game also features the usual modes you've come to expect, such as exhibition, season, tournament, playoffs, and home run derby. Baseball 2K also has a general manager mode that lets you create and trade players, and change team lineups.

Visually, Baseball 2000 isn't all that impressive, especially when compared with MLB 2K and Triple Play 2K. Most noticeable, graphically, is the game's overall unpolished look. The polygonal players have generic faces that don't accurately represent the real-life players. Sure, the jerseys have their numbers and names on them, and the name guys all have the players' signature batting stances and subtle style differences which have good animation but without the face recognition it's not that neat. The camera, for the most part, does a decent job of giving the game that Triple Play 99 TV-style presentation, although the sudden camera shift at the end of a play is a little to abrupt.

Controlwise the game is incredibly simple, almost to the point of boring. When you're batting you can try to hit the ball with the standard contact swing, or you can go for a power swing. You can't move your batter within the box nor can you change the angle at which he faces the pitcher. When pitching, you can select the pitch and the speed - the better the pitcher, the more pitches he has to choose from. Although it's important to note that some pitchers are so bad they don't have any pitches and can only vary the speed of the pitch. Fielding is standard, although the sluggish control makes it hard to get to the ball when you need to. The animation of the outfielders stopping and turning around takes too much time.

In the audio department, Baseball 2000 gets the job done. The announcer isn't too annoying, and he calls the plays fairly accurately, although every once in a while he'll say something that doesn't quite follow the action. The crowd's cheers and boos sound all right, as do the various sound effects, especially when the bat smacks the ball a good one. The use of the Dolby surround sound - for those of you who have the system - makes the audio sound more impressive.

In the end, if you are looking for the best baseball game out for the PlayStation today, Baseball 2000 isn't the game this season. Triple Play 2000 and MLB 2000 are much better games. The only thing that Baseball 2000 offers in the baseball market this year is its simple control. This might appeal to the simulation crowd, which might not like the arcade-style control of MLB 2000 and Triple Play 2000. Otherwise, I'd say send Baseball 2000 back to the minors. 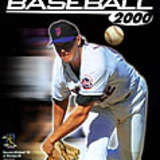 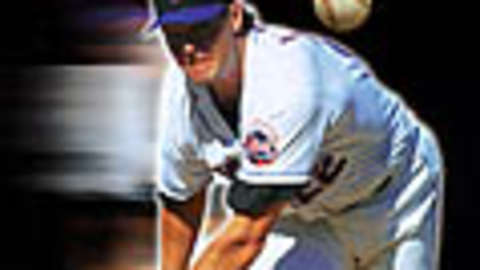