May your fears be banished!

SimCity's influence, both on the strategy genre and on gaming in general, is immense. Still, the past few years have seen an explosion of clever city builders taking some huge steps toward developing personality and becoming more than their progenitor. Banished is the latest in that line, elaborating on the intricate, small-scale design of recent games like Tropico and creating something unique in the process.

If you're reading this, it's safe to assume that you have an Internet-capable device with all of the modern comforts that typically implies. But what if you didn't? What if you were forced out of civilization as you know it, to live in the wilderness? How do you think you'd fare? Banished asks those questions, opening with a dozen or so outcasts seeking to make their way in the wilderness. It's a humble setup, but the game is masterfully constructed with dozens of interlocking mechanics--the perfect foundation for a stinging emergent narrative and a focus on empathy in the face of a Malthusian world.

Banished is a series of small goals that feed into one ever-looming command: survive. Every game starts in the spring, and before winter hits, you need to get enough firewood, gather a decent supply of food, and build some houses to keep your citizens from freezing to death. Just getting enough food is tough, because you rarely have enough time or free land to get a proper set of crops growing. Instead, you'll be chopping down as many trees as you can before getting a fishery going in a nearby lake or river. Then you hunker down and hope nobody dies.

What if you were forced out of civilization as you know it, to live in the wilderness? How do you think you'd fare? Banished asks those questions, opening with a dozen or so outcasts seeking to make their way alone in the wilderness.

People, more than anything else, are your vital resource. They need homes, food, decent clothes, tools, emotional support, medicine, and more. Every mechanic, every building you can place, and everything else you can do relates back to that central theme of survival. If you can't gather enough food, your people die. If they're stuck outside for too long, or don't have warm clothing, they die. Each time you fail as their leader, you're reminded of the loss with a grating sound and a yellow gravestone. These serve as a one-two punch to punish you for failure because losing citizens makes it that much harder to keep up the resource flow. One fewer worker means you can't gather food, stone, wood, or anything else as quickly. When children die, it's even worse, though you likely won't know it for some time. As your population ages, you eventually lose more than a few citizens to old age, and the best way to replace them is to give your younger citizens houses in the hopes that they'll reproduce and bolster your future numbers.

Like most games of its type, Banished has a number of natural disasters that strike your populace. In many ways, they serve as a kind of random "boss fight" in the sense that they will often test one aspect of your infrastructure. Diseases test the health of your population, fires your city planning, and tornadoes your ability to rapidly rebuild before winter comes again. With Banished already amounting to a desperate attempt to stave off death, disasters can be absolutely devastating for the unprepared. When pests hit your crops and you're already barely squeaking by each year, you're going to start losing a lot of people. Those kinds of cascading failures contrast with the almost hilarious scenarios that surround SimCity's giant robots or aliens.

Societal collapse isn't caused just by disasters, though, as maintaining equilibrium with the environment is actually impossible, which is another point of contrast between Banished and other games in its family. Most of the time, resources are unlimited in these sorts of games, but not quite so here. Farms won't continue producing food indefinitely, and most fishermen's docks steadily deplete the available population of fish that you can draw upon. Stone and iron, two critical materials for construction and maintenance, are also finite. After your initial stores run out, you can find some of these materials out in the world, but once you've exhausted those reserves, you're left with two options: trading and mining. Trading is a lot harder than it sounds, as opportunities come only a few times each year. Trade ships also have limited space and don't carry too much with them. Additionally, accepting trade increases your risk of disease and pests for your people and your crops. Mines are just as troublesome. Their supply of stone, iron, and coal is finite, and they take an enormous number of people to operate efficiently; they are also deadly, potentially risking mineshaft collapses or being crushed to death by stone. This, of course, all leads back to the struggle of maintaining your population.

Societal collapse isn't caused just by disasters, though, as maintaining equilibrium with the environment is actually impossible.

Banished has dozens of these kinds of interlocking, intricately woven systems that all feed into one another. Every decision has a cost, and every choice is a risk. Some elements of city planning are also completely incompatible with each other. To maintain your peoples' health, for example, you need some herbalists. They collect basic resources from the floors of old growth forests and can use them to make poultices that keep your people working their best and resistant to possible disease outbreaks. The key, however, is the "old growth" bit. You also need a steady source of logs to chop up for firewood. A good team of foresters can maintain a large enough area of continuous growth, but helpful herbs and wildlife can't be found in such young forests. To maximize your production, you need separate forests for your potion masters and your loggers. This dynamic becomes much harder to balance with the addition of resource-distribution mechanics. Loggers that need to transport the fruits of their labor more than a few tiles begin to lose efficiency and increase the risk of running low on firewood or tools--the two main long-term uses for lumber. If any of these pieces begin to lag, you place yourself and your people at risk of a systemic failure. A reduction in logging output can cause your supply of new tools to run low, dropping your logging output that much further. Everything is a feedback loop.

Such strongly linked systems require an enormous amount of care to manage effectively, and that most often comes into play when you're looking to expand your village. If you try to develop a new logging outpost without building a network of roads, supply barns, and the like to make sure the resources keep moving where they are needed, your new loggers will likely die of starvation or hypothermia. You must effectively build semi-self-sufficient towns that link together via markets and high-capacity roads. The game isn't completely unreasonable here, though. If you build a new house near a mine on the edge of town, a few people will probably move in, and their occupation automatically shifts to match the closest workspace that can support them. When everything works, Banished is remarkably rewarding.

While the process of survival is never-ending, holding out against the elements amid the hostility of the untamed natural world is a small but powerful personal victory. Villagers have names; they're born, grow up, and eventually die under your intense supervision. Banished reinforces the human drama with its brutal difficulty and negative feedback loops. It's fertile soil for some of the most remarkable emergent storytelling around. With relatively few, well-designed mechanics, the game weaves a powerful tale of empathy and desperation and is a high-water mark for narrative elements that mutually reinforce mechanics. Even better, this is a very human story divorced from the Western tropes common in the loosely imperialistic messages of other, similar games. It's just you, your people, and their strong desire to live.

View Comments (112)
Back To Top
8
Great
About GameSpot Reviews 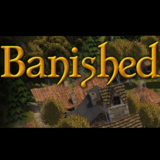 Daniel Starkey spent more than 60 hours over five days starting up over a dozen cities and struggling to keep his citizenry alive. 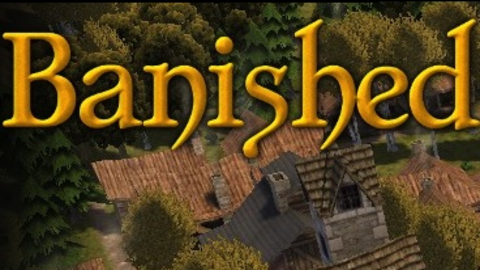 Banished is a city-building strategy game where you control a group of exiled travelers who decide to restart their lives in a new land.