Bangai-O's transition to HD results in a frantic, challenging shooter with an agreeable price.

Like many other offerings from its developer, Treasure, Bangai-O is an arcade shooter that caters to a niche audience. If you're not familiar with the series, the first HD incarnation might be a good place for you to get into it, provided you can handle the intense challenge. The game continues the acclaimed tradition of brutal yet smart gameplay that seen in its Nintendo 64, Dreamcast, and DS iterations, and it won't disappoint those who enjoyed it before.

At first glance, Bangai-O HD: Missile Fury looks like pure insanity. Hundreds if not thousands of projectiles typically fly every direction, objects explode, and pieces of fruit fly towards you when you kill enemies. You might be tempted to ask why the oranges and lemons are there, but Bangai-O HD doesn't even pretend to have any sort of story. Instead, you are presented with a linear progression of stages and given only basic directions on how to tackle each one. You have free movement in each stage, and your mission is almost always to destroy every enemy in sight. Most of these stages are under five minutes in length, and if you fail a mission three times the next is automatically unlocked, minimizing at least a little frustration.

The controls are easy enough to pick up, especially if you've played any other dual-joystick shooters over the past few years. The left stick moves you in any of the eight directions, and the right stick shoots in those same directions. In addition to a nice selection of projectile weapons (of which you can hold two at once, switching between them with a tap of the left bumper), you have a few main tricks: a dash, a freeze attack, and a counterattack. Dashes can stun enemies and prevent you from being hit, but the energy that powers your dashes runs out quickly and must be recharged. Freeze attacks use the same meter as dashes and can freeze enemy projectiles around you, letting you use them for a counterattack. The counterattack is your best friend. Charge up your EX meter enough by killing enemies, and you can use your counterattack to send bullets flying back at them, as well as up to 1,000 missiles of your own, which can in turn be upgraded to become up to four times the size of normal missiles. The short, three-stage tutorial does a good enough job of explaining the basics to you, but it falls painfully short of explaining how to use these skills most effectively. In a way, the game tries to make up for this by giving you hints before each stage on the best way to proceed to the end, but this advice is often cryptic and not always helpful. The How to Play screen offers at least a little more useful information.

One thing that makes Bangai-O HD work so well is the variety of its stages. Even though the goal of a stage can usually be boiled down to "blow everything up," you are often restricted or empowered in some way which spices things up. For example, sometimes you won't be able to dash or use your freeze attack, which forces you to rely more on your counterattack. Sometimes your EX meter charges more quickly than normal, letting you perform devastating screen-filling attacks more often. In one early mission, you can't attack at all and instead must dash into large soccer balls to damage the enemies. Even when your abilities aren't affected, you will run into enemy placements or environmental constraints that will throw you off guard. This sort of variety does a great job of keeping the action fresh. It also means that many levels operate a lot like a puzzle game, where figuring out just the right path to take or just the right weapon to use is the key difference between success and failure.

Especially if you're not accustomed to bullet hell shooters, Bangai-O HD gets hard. Really hard. The upside is that if you fail a stage three times (which you will probably do), you are given the option to skip the stage and come back later. If you manage to complete the 47 main Fury stages, more, even harder levels opens up, bringing the total to just over 100. These are separated into normal, puzzle, and extreme bonus stages. Beyond those, there's a full-fledged level editor at your disposal with which to make diabolical stages of your own. The editing user interface is a little cumbersome to deal with using the 360 controller, but all the tools are there to make some great levels to share with others. The only downside is that you can trade levels only with fellow Bangai-O HD players on your Xbox Live friends list, as opposed to being able to share levels with strangers. This is unfortunate, because having easy access to a huge collection of levels from stages around the world would add tremendous value to an already valuable package. The graphics aren't anything special, but everything looks really nice in HD, and the action usually moves smoothly. The frame rate gets bogged down a little when the action gets crazy and the screen is filled with projectiles and explosions, but the impact on gameplay is only occasionally problematic, and for the most part the game holds up well.

There is also multiplayer, where two players can tackle the game's stages together either online or via system link, but the online play leaves a lot to be desired. Finding matches is difficult, and it's not uncommon for games to be plagued with latency issues, making the normally fast-paced action slow to a crawl. Playing the game cooperatively is a great idea, but not under those conditions. At 800 Microsoft points, Bangai-O HD offers a lot of content for your money. But that content won't be worth it if you're easily frustrated and don't like to be challenged. If you're up for it, this is an addictive experience that brings the kind of sensory overload that Treasure does so well. If you like the Treasure formula, you should have already bought this game, and if you've never played a shooter like this before, this would be a good place to start. 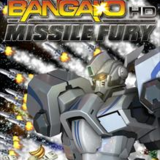 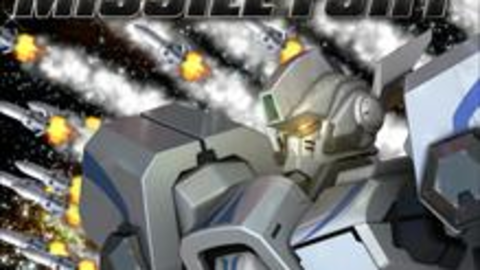 Bangai-O HD: Missile Fury is an arcade shooter with puzzle elements that features more than 100 levels.