Even though Tales of the Sword Coast doesn't extend the storyline of the original game, the new areas added by the expansion pack are varied and well designed.

Expansion packs naturally appeal only to a subset of the original game's purchasers. In order to entice gamers to purchase an add-on pack, developers often promise to deliver more items, more enemies, and more areas to explore. But in practice "more, more, more" often only amounts to more of the same. Moreover, the gameplay balance of the original title is frequently offset in an expansion pack with the addition of too-powerful weapons or abilities. Baldur's Gate: Tales of the Sword Coast suffers somewhat from these problems, which seem to be endemic in expansion packs, but still manages to deliver a gameplay experience that improves upon the original offering in several notable ways.

It's rare for a role-playing game to spawn an expansion pack. In fact, the only RPG add-ons to ever grace retail shelves are a pair of Ultima VII expansion packs and Hellfire for the action/RPG hybrid Diablo. Although few recent RPGs have been commercially successful enough to warrant expansion packs, the epic confrontation at the end of most RPGs poses another obstacle to would-be developers of RPG add-ons. Expansion packs for other genres tend to just extrapolate events after the completion of the original product, extending the storyline. But RPG expansions, including Tales of the Sword Coast, opt to incorporate the new adventures directly within the chronology of the original game. Since RPGs typically end with your protagonists triumphing over some form of ultimate enemy, adding-in, as opposed to adding-on, new areas and quests has been rationalized on the grounds that it would be anticlimactic to extend the story. But this design constraint seems artificial, especially when add-ons for games in other genres, such as Starcraft: Brood War, are story-driven and yet manage to capably continue their original plots. RPG developers do face additional logistical problems, but it still would have been more interesting if the plot of Baldur's Gate had been continued in this expansion, since reentering a stagnant gaming world just isn't as engaging.

Even though Tales of the Sword Coast doesn't extend the storyline of the original game, the new areas added by the expansion pack are varied and well designed. There are four discrete new areas of significantly varying sizes, and they can be explored in any order. The action centers around Ulgoth's Beard, a new suburb of the medieval metropolis of Baldur's Gate. While the original game notably lacked a really substantial dungeon crawl, Tales of the Sword Coast provides a real doozy, complete with dozens of devious traps and deadly denizens. There are also a couple new islands to explore and one brief quest that will take you back into the city of Baldur's Gate. The new areas are immersive and graphically detailed and are at least as interesting as any of the areas in the original game. The new quests, while still relatively straightforward, are frequently more complex than those in the original game and require you to solve puzzles instead of just hacking and slashing your way to victory.

If you've already completed the main game, you're given the convenient option to start the expansion on the outskirts of Ulgoth's Beard with your party in exactly the condition it was in prior to the game's conclusion. Your party can freely transverse between the main game and the expansion pack territories, but realistically you'll need an experienced party, or one that is extremely well equipped, in order to hazard most of the new areas. While Baldur's Gate featured a few difficult battles sprinkled throughout the game, Tales of the Sword Coast is almost universally challenging. If your party is lacking a master thief, its progress will slow to a crawl in Durlag's Tower, where it will be constantly assailed by lethal traps. Several of the new enemies are formidable spell-casters, and enemies combine their attacks even more effectively than in the original game. Even well-prepared parties are likely to be stripped of at least a few members the first time they encounter any of the key scripted confrontations in the game. Some gamers will welcome the greater challenge of the battles in Tales of the Sword Coast, but the less stalwart may find them to be frustratingly difficult.

Baldur's Gate's real-time adaptation of AD&D's turn-based combat system worked well, as it let you pause the battle at any time to issue new orders to your characters, maintaining the excitement of real-time and the strategy of turn-based gameplay. In Tales of the Sword Coast, however, the difficulty of some of the battles unfortunately highlights one of the weaknesses of the combat system. Because you can't afford to let the more difficult battles play out in real-time for more than a second or two without pausing to amend your characters' orders, the combats frequently don't flow well and devolve into jerky gameplay.

Tales of the Sword Coast does provide good value for an expansion pack, as in addition to 20-30 hours of gameplay there are more than a dozen interesting new magical items and a handful of new monsters and spells. Also, Roger Wilco, a software utility that lets you speak online to other players using microphones during a multiplayer session, has been conveniently included. While most of the new monsters reuse graphics from similar beasts in the original game, there are three entirely new types of creatures, and they are each dramatically incorporated. Some of the new items and weapons are extremely powerful and tend to unbalance the original game's finale, even though it has been slightly revamped for the expansion pack.

Most of the gameplay tweaks are welcome additions, though gameplay is still substantially similar to the original game. Inventory management remains a bit cumbersome, although similar items now automatically stack together, and unidentified magic items are color coded to indicate their status. The experience-point cap has been raised to allow characters to gain at least one new level and to grant spell casters access to more-powerful spells. You can now set the game to automatically pause when hostile creatures are initially sighted. Thieves' abilities have been toned down so that they can no longer vanish from sight unless there are appropriate shadows nearby, and they now have to sneak behind opponents in order to attempt a backstabbing attack.

The original game adapted the AD&D rules quite faithfully but took a few game-balancing liberties and made allowances for the understandable limitations of the game's engine. Tales of the Sword Coast is a bit less faithful to the core AD&D rules, as most of the new items, creatures, and spells have abilities and attributes that have been modified from their pen and paper equivalents or are entirely original creations of the developers. Some of the diversions from the AD&D rules arguably enhance gameplay and overcome limitations necessary only in a pen and paper session. For example, while pen and paper AD&D relies upon the abstract concept of saving throws to simulate a character's ability to dodge spell effects, Tales of the Sword Coast permits characters to dodge spells by demonstrably moving out of the targeted area of effect. Veteran AD&D players, however, will likely be disappointed that the expansion pack doesn't attempt to correct any of the main game's breaches of the AD&D rules and creates original spells, monsters, and items instead of incorporating more core AD&D material.

Yet even though Tales of the Sword Coast features some occasionally frustrating battles, adds only minor gameplay enhancements, and takes a few additional liberties with AD&D rules, it provides several well-designed new areas and a number of interesting new spells, items, and enemies. While it suffers from the same flaws that afflict most expansion packs, Tales of the Sword Coast is still a worthwhile addition to GameSpot's 1998 RPG of the Year. 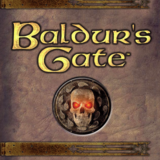