In the center of Balan Wonderworld's hub area lies the construction site of a clock tower. Complete the 12 worlds--the entry points to which are arranged at random around the tower like dial markings on a jumbled clock face--and the clock tower rises further into the sky; an elaborate contraption that stands as a monument to your hours played. Despite a thematic preoccupation with telling the time, Balan Wonderworld feels like something of an anachronism, a throwback 3D platformer whose occasional charms arrive too late.

Balan Wonderworld makes a terrible first impression. It's a 3D platformer where the primary act of running around the levels feels sloppy. Swapping character costumes to employ new abilities is the key novelty, but the initial batch of costumes fail to inspire, and instead add the sorts of abilities you'd take for granted in any other platformer. Completing the early game doldrums, you're dropped into levels without context nor any attempt to explain your goals.

The clumsy controls and character movement are the most persistent problem. There's a weird dissonance in the way it feels like you're moving too slowly while the choppiness of the simplistic animation gives the illusion of moving too quickly. Your character will float slightly above the ground even when standing on a flat surface. Jumping and judging distance feels sloppy and imprecise, mostly thanks to a stickiness of movement but also because, from time to time, the useful ground shadows cast by yourself and other objects will simply disappear. To put it kindly, mistiming or failing to land a jump doesn't always feel like it's your own fault.

Perhaps the core design of Balan Wonderworld was asking too much. Your character can equip dozens of different costumes, each conferring a different (though not unique, as there are overlaps) set of abilities, requiring a different range of animations for running, jumping, and whatever else they can do. One moment you're controlling a muscular wolf with a spin attack, the next moment you've transformed into a spider who can skitter up any webbed wall. Not to mention the bobbing chess rook who turns into a turret when you stand still, or the little lizard who can use its tongue as a grappling hook, or the marching band boy with a drum goofily strapped to his back.

With seemingly so many options at your disposal, it's inevitable that compromises were made. The sheer number of costumes is remarkable, and the range of abilities they deliver by the end of the game is surprising. And it's testament to the strength of the design that, for the most part, the levels support playthroughs with varied combinations of equipped costumes. But even so, too many feel too similar. The costume that lets you break large blocks is basically the same as the other costume that lets you break large blocks. And another handful have only limited special-case uses or are sadly under-utilized. You don't really feel like you're playing as a muscular wolf when you don the costume, nor do you feel like you're playing as a skittering spider; you're just the same boy or girl who can now spin into enemies or climb walls. Greater variety and flexibility, something that beefs up the costume department to feel truly transformative, would be welcome.

Exploring a world is thus less about the sheer delight of physically navigating the space, and more about enjoying how the various costumes and abilities come into play. Admittedly, things take a little while to warm up--the early levels are intentionally quite basic, since you have access to only a few costumes. But by the fourth or fifth world you've moved well beyond costumes that merely let you jump a bit further and the level design itself ramps up accordingly, offering a more intricate and sophisticated challenge. The giant tree level, with its vertiginous drops and well-disguised grapple points, is a mid-game highlight. I particularly enjoyed how the warping concavity of the surreal chess world encouraged the use of costumes that could glide long distances. My favorite, though, is the late-game gallery, an Escher-esque maze of rotating stairways and portals that turn the floor into the ceiling.

It's rewarding to move through a level, thinking about how you're going to tackle the next obstacle with your current wardrobe while also keeping an eye out for other paths you could have taken if you had equipped a different costume. Indeed, these are worlds built to be replayed in the sense that all of them contain secret areas and collectibles that can only be accessed through the use of costumes acquired on later levels. You'll spy many items on an initial playthrough that'll leave you wondering how on earth you can reach them. Learning to recognize the limits of your current costumes, and what costumes you might need to swap to at the nearest checkpoint, is part and parcel of the experience.

It's a shame that the novel costume mechanic isn't given better support on a narrative level. The opening scene-setting cinematic fails at its one job. The suggestion seems to be that your chosen character, teased and rejected by their peers, finds refuge in a mysterious old theatre where the resident showman--Balan himself--promises to help you. But in each world that branches off the hub area, you're helping some other troubled soul to conquer their demons for no readily discernible reason. In a baffling move, the cutscene introducing each person shows midway through their world, meaning you spend the first half of each level with no idea why you're there.

Some of the people you're helping are more sympathetic than others; in one world, a young girl is traumatized after her kitten is run over by a car, while elsewhere a successful chess master must recover from, uh… losing a big match. Maudlin sentimentality prevails, as do lazy tropes, such as the woman who is “scared to love” having her tale situated in a frigid ice world. In any case, no effort is made to develop them as characters. Though you may see these people from time to time inside a level, you'll never interact with them, nor are you granted any deeper insight into their state of mind. They have a problem and you solve it by beating the level, and that's it. To say Balan Wonderworld takes a light touch to its story presentation would be an understatement. The result is confusing rather than intriguing and ultimately means you stop paying attention to whatever is trying to serve as a narrative thread.

A couple of dismal mini-games plumb the nadir. Collecting a sports costume prompts a brief chance to play a hole of golf or try to score a penalty kick in soccer, for example. They are bad, unimaginative and forgettable, but at least they're over in a matter of seconds. In contrast, the “Balan Bout” mini-game forces you to sit through a lengthy cinematic sequence of Balan fighting a demon with a few trivial QTEs thrown in to ensure you haven't dozed off or popped out for a snack.

Similarly tired and formulaic are the end-of-world encounters with bosses who run through basic attack patterns you've learned to avoid in countless other games--whack 'em three times and they're dead. Bonus rewards incentivize finding different strategies to beat a boss. These add a layer of experimentation as you try out different costumes, but they don't fundamentally alter the flow of the encounter. They're more just a neat little twist.

There's a lot going on in Balan Wonderworld and sometimes you feel like that is to its detriment. It jumps from world to world--taking in standard platformer fare like the water level and lava level, but also venturing further afield to the spooky mansion level and surreal chessboard level. However, the game struggles to convey a coherent vision that aligns its disparate environments, and it jumps from world to world, and costume to costume, without providing much sense that any of it connects together.

Throughout, there's the faint presence of Balan's theatre--it's in the red curtain doors that lead you into each world, in the ludicrous song and dance numbers that conclude every level, and in the cavalcade of costume changes. It's a motif that could conceivably work to tie everything together and be the consistent throughline the game is crying out for, but it's too thin and all too easily forgotten once you're in a level.

Balan Wonderworld feels like a game from another time. In a different era the rough edges, inconsistent mechanics, and formulaic design may have been things that players could overlook, but in this moment in time, it's a 3D platformer of a quality that can't compete with polished modern-day contemporaries from Nintendo, Sony, and the like. It has its merits and delivers an unexpectedly mentally stimulating platformer when it manages to play to its strengths, but even a stopped clock is right twice a day. 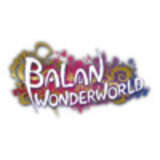 David Wildgoose performed multiple costume changes--from jeans to tracksuit pants, and at least two different t-shirts--while playing Balan Wonderworld. He played on a PS4 Pro with a code supplied by the publisher.