While it's nothing terribly groundbreaking in any sense of the word, Bangaioh is about as offbeat, solid, and fun as games get.

Treasure never seems to run out of new spins on old games. Bakuretsu Muteki Bangaioh is the latest in the company's wacky game lineup and serves up some refreshingly different old-school shooter action.

Literally translated as "The Exploding-with-Energy Invincible Bangaioh," the game is about the adventures of two kids in their formidable mech, the Bangaioh. Together, the "self-proclaimed man of all men" Riki and his "quiet but alert" little sister Mami must protect the Manstar Vortex from the evil influence of the SF Cosmo gang. The SF Cosmo Gang has been smuggling expensive space fruits to finance its galaxy-stomping campaign. Suited up in the Bangaioh, Riki and Mami must steal fruit from the SF Cosmo Gang to fund their own military effort and crush the evil hordes.

In typical Treasure fashion, Bangaioh is an addictive and original hodgepodge of genres and game mechanics that defy easy explanation. You control the Bangaioh in typical side-scrolling fashion, but, thanks to the Bangaioh's jet boosters, you are not limited to the ground alone. Additionally, the Bangaioh can fire projectiles in eight directions by using the N64's four C buttons - what projectile is fired is determined by the pilot. You can toggle between Riki and Mami with the press of a button, enabling you to use their respective homing missiles and reflective shots. Finally, the more space fruit you collect, the more weaponry your heroes can store up for massive spasms of destruction, which can send up to 100units of the selected ammo in all directions. Using these basics, you battle through a huge assortment of missions, each ending with an encounter with a boss. After twenty or so missions, the game becomes very difficult, and every victory becomes more and more satisfying.

While it's a little hard to explain, Bangaioh's gameplay is classic yet innovative. Treasure's building blocks for the game's myriad levels are extremely versatile - some are puzzles, some have racing aspects, and others are just insane blastfests. While there are a lot of levels, every one of them is different enough so that you don't get bored. Every level, however, is completely manic, with hundreds of projectiles and tons of enemies. Additionally, Bangaioh rewards players well for mastering the basics - rack up enough consecutive hits, and a portal to an upgrade shop will open.

Even by Treasure's standards, Bangaioh's graphics are surprisingly utilitarian. The Bangaioh itself is tiny on the screen, and most enemies are even smaller. The reason for this is obvious - the smaller things are, the more you can have on the screen. The levels are obviously built from basic tiles and other pieces, sporting no special art. While it sports no apparent technical wizardry or 3D goodness, Bangaioh's graphics are perfect for what they're there for. Bangaioh's music is catchy, weird, and appropriate in typical Treasure beat, while the sound effects are a pretty standard array of explosions and screams.

Even though only 10,000 copies of Bangaioh were released in Japan, it's fairly easy to find in US import shops. While it's nothing terribly groundbreaking in any sense of the word, Bangaioh is about as offbeat, solid, and fun as games get. 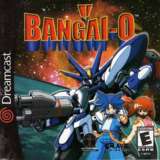 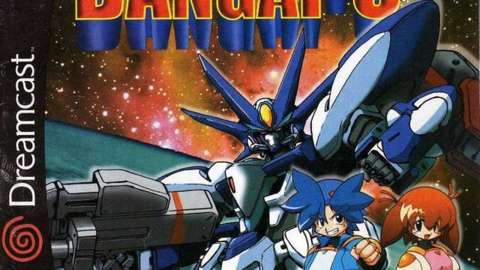 Dreamcast owners craving a genuinely compelling gameplay experience would do well to check out Bangai-O.