Baku Baku captures the addictive qualities of the original Tetris and surpasses it in terms of two-player action.

Most Tetris clones aren't worth the disc they're burned on. However, Baku Baku captures the addictive qualities of the original Tetris and even surpasses it in terms of two-player action.

The game drops pairs of blocks with either a food type or an animal on them. The player's objective is to match the animal with the proper food type. More points are given (and subsequently, more pain to an opponent) when an animal is dropped on a huge mass of the correct type of food, or when the player chains together multiple matches. The action goes back and forth until one player's pit is too full to maneuver in.

Baku Baku's graphics are good. It's especially fun to watch the animals lick their lips in anticipation of a meal. Players might note that when the animals devour their polygon meals they sound somewhat like the Pac-Man arcade game of old. The animals' feeding frenzy also indicates how well the player's opponent is doing. The backgrounds do their job of accenting the action; the music is upbeat and peppy, and should fade into the background as players concentrate on delivering large amounts of punishment to their foe.

All in all, Saturn owners who have even a remote interest in puzzle games will love this game. For them, Baku Baku is a must own. 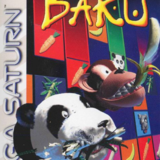 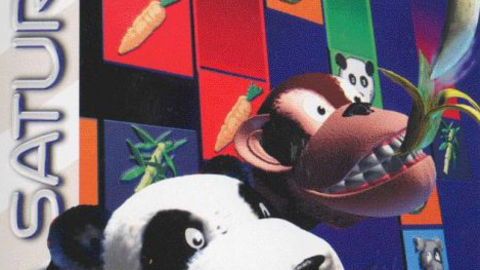 Baku Baku captures the addictive qualities of the original Tetris and surpasses it in terms of two-player action.