Strikingly original, Bad Mojo is a gritty, action-based exploration that sucks you in with great visuals, and keeps you playing with a poignant story.

If you think you have it tough, try switching places with entomologist Roger Samms who, as fate would have it, has been temporarily turned into a cockroach. A dead ringer for Jim Carrey, Dr. Samms is an embittered mad scientist who embezzles money from a research grant for roach-killing pesticide, and on the eve of his perfect getaway is faced with an untimely metamorphosis.

Lucky for you, Roger's dingy apartment is just the kind of place where a cockroach could have a field day. Grimy sewer pipes are your private roads to several rooms in the dilapidated building, unveiling screen after glorious screen of the best computer art you've ever seen in a game.

Strikingly original, Bad Mojo (meaning "black magic") is a gritty, action-based exploration that sucks you in with great visuals, and keeps you playing with a poignant story and clever obstacles that bar your progress from room to room. Magic and realism blend together in Mojo, where your exploration of Roger's place in a dark corner of San Francisco's techno-rejuvenated South of Market district presents an animal kingdom of friendly guides who supply clues and moral support during your quest. Still images, magically triggered by a little nudge from your roach, display well-produced video sequences that provide a bittersweet background story, and help to explain your current predicament. From time to time you'll see images of a magical matriarch who supplies witty, rhyming messages that help give you immediate goals.

Bad Mojo conveys an intricate world but, like Myst, supplies simple, intuitive controls for your interaction with this world. Four directional keys are all you need, supplying you with enough liberty to get fully engrossed without requiring you to learn a new, complicated interface.

Without a doubt, Bad Mojo is not for the faint-hearted. If filth, creepy spiders, and gasping fish out of water make your skin crawl, you'll want to avoid this game. But those who can stomach these treats will find a rewarding world of fun in Bad Mojo. 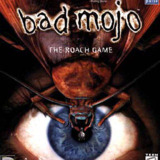 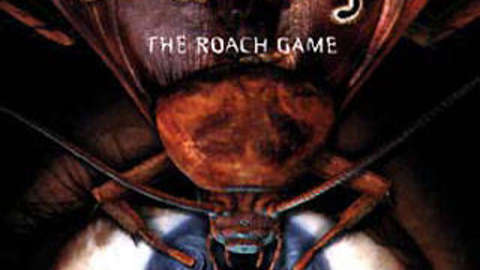 Strikingly original, Bad Mojo is a gritty, action-based exploration that sucks you in with great visuals, and keeps you playing with a poignant story.