Baba is You Review - Game-Changer

The rules of the game.

Much as we ride roller coasters because we like to be frightened, we solve puzzles because we like to be challenged--and the more complex the puzzle, the more satisfied we can expect to be when it's finally solved. Baba is You has a prodigious capacity for frustration. This deceptively simple-looking indie puzzle game, by Finnish developer Arvi Teikari, swiftly approaches the heights of difficulty scaled by such vexing modern classics as Stephen’s Sausage Roll and The Witness, and shares with those games an uncompromising attitude that isn’t afraid to alienate newcomers intimidated by a challenge. It’s a puzzle game fan’s puzzle game in other words, as grueling as they come. It’s a sharper mind than mine that can make it through its later puzzles without misery. Whatever Baba is You’s shortcomings are, ease isn’t one of them.

Baba is You has an appealing conceit. The basic gameplay resembles an '80s top-down puzzle title like Sokoban or Adventures of Lolo: you control a kind of sheep or rabbit character called Baba, who moves around a fixed environment, pushes objects, and pursues a goal. But many of the rules that govern the game--including what can be traversed, what can be moved, what’s hazardous, what’s the objective, and even what’s under your command--are represented on screen as blocks of text arranged into phrases that work as commands. These blocks can be manipulated and the phrases rearranged, empowering you to eliminate restrictions, neutralize threats, and redefine the conditions of victory. In this way, the solutions for the puzzles in Baba is You are found through rewriting the terms of each problem.

Most words refer either to things (such as “wall”, “lava”, or “flag”) or to properties of things (such as “stop”, “push”, or “win”). When a thing is connected to a property with the verb “is,” that thing adopts that property, and can be modified with various conjunctions, prepositions, verbs, and adjectives, all of which follow the logic of a programming language. For example, suppose on a stage “Baba is you,” “flag is win,” and Baba and the flag are on opposite sides of a lake of lava. If “lava is hot” and “Baba is melt,” then Baba can’t pass the lava to reach the flag. But if “lava is push,” you can push the lava out of the way to reach the goal. Better yet, if “lava is you,” you can reach the flag as the lava, leaving Baba behind entirely.

Baba is You is never better than in these moments of sudden realization--when it dawns on you that you can rewrite the rules and change, get rid of, or become the obstacle in your path, allowing you to figure out what can be done to solve a challenging puzzle. Most of these moments occur early on, as you familiarize yourself with the game's mechanics and start to understand the way that it wants you to approach its puzzles. Baba is You encourages lateral thinking by the nature of its design, and after 15 or 20 stages, you begin to get a feel for its peculiar problems and the oblique strategies they require. The game’s surprises are genuinely delightful, but they are primarily front loaded.

The aesthetic is lo-fi in the extreme, though not without its charms. Its crude lines and simple blocks of color look like a child’s rendition of a NES game in crayon, every letter of the words that make up the commands scrawled in a shaky hand. In later, more complex puzzles, when instructions are crowding the screen and different objects are teeming all around you, scrutinizing this primitive style for clues can feel a bit like looking for codes in an abstract expressionist painting.

Less successful is the music, which is bland, simplistic, and incredibly repetitive. Modeled after retro game soundtracks, it sounds like a poor approximation. It had such an adverse effect on my concentration that it wasn’t long before I muted it and listened to my own music.

As the game progresses, and especially as the language involved gets more complex, words are ushered in whose meaning seems vague and whose purpose remains hazy, and that can make certain puzzles infuriatingly obscure.

Baba is You is lean, stark, and conspicuously light on instruction. New words and conditions are introduced without commentary; what things mean is never explained, and how things function is yours to learn in practice. Such hard-lined rigor makes you feel your intelligence is being respected. It also has the tendency to leave you completely bewildered and confused. The genre’s best games aspire to teach you how to solve their puzzles as they are presented to you, parceling out crucial information elegantly, and subtly, as you proceed from one challenge to the next. The ideal is a kind of unspoken guidance, acquainting you with rules and parameters in a way that feels totally intuitive and clear.

Baba is You doesn’t always do this so well. The earliest levels of its overworld map--including a preliminary stage that offers control prompts for how to navigate, undo actions, and reset--show a few simple approaches to the game’s unique brand of problem-solving. But as the game progresses, and especially as the language involved gets more complex, words are ushered in whose meaning seems vague and whose purpose remains hazy, and that can make certain puzzles infuriatingly obscure. It’s one thing to be confounded by a puzzle, and quite another to be uncertain how the puzzle works or what the puzzle wants. Often, I thought I knew what an ambiguous word did only to find that it didn’t actually do what I thought. More than once I solved a puzzle without understanding why.

For instance, every level has a “you.” Usually it’s Baba, but it can also be a wall, flag, or a little red avatar called Keke. It’s clear almost immediately that you can assume control of any number of different objects by replacing the noun in the sentence that ends “is you,” and that, what’s more, something has to be defined as you in order to continue playing at all. Less clear to me was that “you” is always a property rather than a thing. This means that, while “Baba is win” can be a condition of victory, “win is you” and “you is win” are not. So much of the vernacular of the game I picked up only in fits and starts. For example, I only know from happening upon it that “crab and Baba is you” will allow you to control both a crab and Baba despite being grammatically incorrect, while something like “Baba is you is win” doesn't work as expected.

This matters because you need some sense of why something does or doesn't work in a puzzle game in order to truly own your accomplishments. In one later puzzle, I managed to walk over a body of water unharmed by pushing a pillar into the water and stringing together the phrase “pillar on water is sink.” The property “sink” usually seems to make anything that touches the sinkable object disappear. I have no clue what happened here. Of course, I am sure this does “work out” in the technical sense, and that there is an explanation I’m simply not getting. But I shouldn't have to stumble through a fog of incomprehension in order to find the solution to a logic-based problem. Why does “box has box” clear a path through a lake of water? I couldn’t say, but I gathered it was what I had to do eventually. This feels fundamentally different than merely being stumped, and it doesn’t satisfy in remotely the same way.

A-ha moments are precious things. Their relief can feel miraculous--but only so long as you understand what you’ve done and feel you’ve earned the victory. For the most part, Baba is You’s most brutal stages do offer this balance of challenge and reward. By puzzle 50--there are 200 in all--levels are flipping upside down, rules are compounded elaborately, and sentences are sprawling out to command things like “wall and hedge and key and flag is word,” to take one real late example. It can be torture, but of course in a puzzle game such torture is fun. Baba is You is among the most seriously arduous games of its kind I’ve played, and when its rules are clear and its instructions legible, it’s gratifying in a way only hardcore suffering can be. 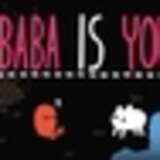 Calum is a veteran of such grueling puzzle-game crucibles as The Witness, Limbo, and Portal 1 and 2, and though he breezed through Baba’s first few hours, several of the game’s later stages left him stumped. He’s still working toward the end. 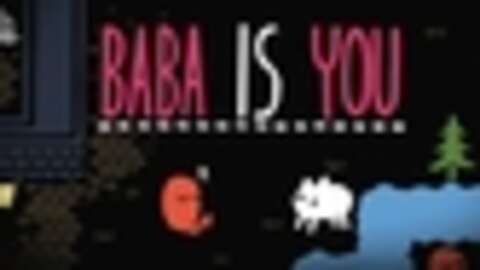