This ambitious game actually isn't so much a flight simulation as it is a role-playing game that takes place aboard a bomber.

You wouldn't know it from the title, but B-17 Flying Fortress: The Mighty 8th is a sequel. More than eight years ago, MicroProse released one of the all-time greatest flight simulations, which was about the legendary Flying Fortress bomber. Fans have eagerly anticipated a sequel ever since, and, needless to say, it's been a long time in the making. Unfortunately, the single most-desired feature in the new edition of the game - a cooperative multiplayer mode - was dropped when B-17 II became a single-player-only game in order to meet its production deadlines. The "II" in the title was dropped as well, but the spirit of the original lives on - even after all these years, the sequel is still every bit as ambitious as its predecessor.

B-17 is a simulation of the same four-engine workhorse from the original game. Ten crew positions are re-created in lavish detail, including the pilot, copilot, navigator, bombardier, engineer, ball gunner, radio operator, waist gunner, and tail gunner stations. Each crewmember has different skills and proficiencies; you'll soon find that a good bombardier or navigator isn't easily replaceable. You'll learn to cherish each crewmember's individual contributions as you play through the missions in the game.

B-17 has gorgeous graphics, and it is certainly one of the best-looking World War II sims to date, along with Microsoft's recent Combat Flight Simulator 2. The terrain is excellent (although you might notice some seams between the ground-texture maps), and the cloud effects look outstanding. The aircraft look great, too. Unfortunately, running the game at maximum detail requires powerful hardware, so you might experience sluggish frame rates even if you exceed the game's recommended system requirements. Otherwise, though the sounds in the game can occasionally get repetitive, they generally help establish a realistic atmosphere, from the roar of the B-17's engines to the voices of your crew. You might find that they even get a little too real when you hear the cries of your injured crewmembers.

In addition to the B-17 itself, the game features six fighter aircraft: the American P-38, P-47, and P-51, as well as the German Me-109, Me-262, and F-190. The fighters look quite good, and the cockpits are especially impressive. However, the thing that's most important about simulating a fighter is in getting its flight model just right - but unfortunately, the flight models in B-17 are consistently lacking.

For a game that's ostensibly a flight simulator, the actual simulation of flight turns out to be one of the weakest points of B-17. The flight models for all the aircraft seem far more relaxed and forgiving than in a good fighter sim. For instance, the B-17 itself can perform some surprisingly deft maneuvers, like loops, without much trouble. Real B-17s had a difficult time just getting airborne with a full payload of bombs; it took a skilled pilot to avoid crashing such a bomber on takeoff. But pilots in B-17 Flying Fortress will encounter no such problems. Also, the fighters on both sides are generally overpowered, and they don't seem realistic as a result of the same overly forgiving physics model that also makes the bombers seem less difficult to maneuver than they should be.

In a fighter-oriented game, this lack of realism in the flight models would be a huge problem. Luckily, it's not as big of a deal in B-17 since this ambitious game actually isn't so much a flight simulation as it is a role-playing game that takes place aboard a bomber. The bomber isn't just a plane you control, but rather a setting for your crew to carry out its individual tasks and for you to join them as you try to survive 25 scripted missions over occupied Europe. There really isn't much actual aerial maneuvering to do in the game, since most of the flying is in formation or is done in conjunction with a computer-controlled navigator. B-17 actually lets you take control of any crew position in the plane at any time; you're not strictly responsible for steering the plane along its course. So, while you can perform loops in the bomber (thanks to problems with the flight model) or even shoot down your wingmen without any real consequence (they'll start shouting that there are enemy fighters around, even if there aren't any), there's no point in actually doing so because it's contrary to the nature of the role-playing experience. The realism problems in B-17 don't have nearly the detrimental effect on the game that you might expect, since the game's convincing and authentic atmosphere inspires you to try to suspend your disbelief despite these things.

B-17 succeeds in suspending your disbelief not only because of its graphics and sound, but also because of its depth, which is obvious from the detail at each crew position. Simply starting the B-17's four engines is an incredible 30-step process. There are three different brakes you have to release in order to taxi your bomber down the runway. As the bombardier, using the Norden bombsight properly is an arcane skill that you'll learn only through repeated trial and error. You also have to calculate the wind drift, which is similarly challenging. Fortunately, the computer can handle all this if you're not up to it.

It's disappointing that the manual doesn't spend much time describing the proper use of some of the instruments, given their complexity. There is a fair amount of background material on the war, which is nice, but it's a shame that the 148-page manual contains so little actual information that pertains to flight. This is worsened by the fact that the game's training missions have no voice-overs, so you need to follow along in the manual instead of listening to audible tips. As a matter of fact, the game's documentation overall could have been much better written and organized. In many cases, the plane's instruments are given only a cursory description. So you'll just have to fiddle with your plane to find out more about it.

Because you can't reliably resort to the documentation for assistance with flying, the saving grace of B-17 is that you don't have to manually control every crew position. In fact, since you're only one person and there are ten crewmen working the plane, you can be in only one place at a time. B-17 lets you take control of any station while letting the computer take care of the others - or you can even let the computer control the entire aircraft while you monitor its progress. As a result, B-17 can often seem like more of a bomber management simulation than an actual simulation of the bomber's flight: For instance, when your crewmen are wounded (or panicking), you'll have to reassign duties, have members perform first aid, and lend a hand yourself. You'll fight fires, feather propellers on damaged engines, and play gunner while fending off German fighters. There's even a squadron commander option in which you manage the crew, bomber, and target assignments for a squadron of planes, though that's not the main point of the game. B-17 is more about re-creating the unique experience of a small, closely knit crew aboard a single aircraft. The game really does try to cover everything about this experience.

What's so remarkable about B-17 is that it manages to be even more immersive for the player than even the most sophisticated dynamic-campaign-driven single-seater flight simulation. You'll really start to identify with your crewmembers and get a sense of the conflict. After several successful runs, you'll really start sweating through the missions as the stakes get higher. It's ironic that the game's most intense moments aren't necessarily in the middle of battle, but rather in the aftermath, when you're watching and waiting as your pilot coaxes the shot-up bomber the last 100 kilometers back to base, in hopes of saving the life of a wounded crewmember in time. If you're defeated in a mission, the terrified screams of your crew as your ship breaks up can be unnerving - it may even cause you to put the game away for a while before restarting with a new bomber. In fact, the effect of hearing your tail gunner scream that there's a fire in his compartment and plead for help might be rather more intense an experience than you're used to in other simulations or in other types of games in general.

Unfortunately, as with many flight sims, B-17 is a very temperamental program that crashes often and hard, which can detract from your experience with the game even more so than if you're disappointed with the flight models or the linear sequence of the missions. The game's installation lists a graphics cache file as optional, but without it, you'll have a hard time running the game at all. As a matter of fact, the bigger the swap file the game uses, the better the game works. The game's recommended system specs are probably closer to what are actually minimum requirements, as running the game in high resolution with the detail turned up will tax even the latest computer hardware to the utmost. The multiplayer option was pulled from the game a number of months ago when it became clear that there was no way the game could be completed in a timely manner and could still resolve all the technical issues necessary for making this mode stable - but even after this shortcut, the game still shipped before it was thoroughly tested.

More than two years ago, MicroProse released its highly anticipated combat flight simulation Falcon 4.0, which, despite its numerous bugs and stability problems, was generally recognized and commended for the scope of its ambition. B-17 is a flight simulation in the tradition of Falcon 4.0: Instead of just refining and building on conventional flight sim elements, it attempts to take the genre farther than it has ever gone before. Falcon 4.0 did this with its dynamic campaign, which essentially played out like a real war. But where Falcon had a very technical approach, B-17 takes an even more ambitious angle of trying to make a detailed flight simulation seem very believable from the crew's perspective, without sacrificing technical detail. And even with the flawed flight model, the crash bugs, and the sluggish frame rate, B-17 still almost succeeds. If these significant problems had been addressed, and if a working multiplayer mode were included, B-17 Flying Fortress would have been a masterpiece. As it stands, it's a really serious effort that should've been given even more time. 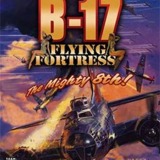 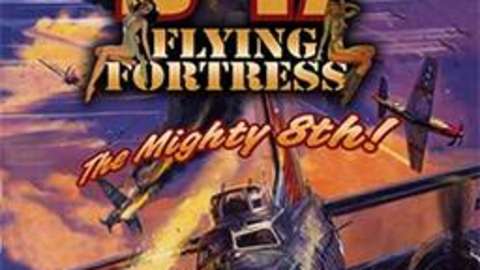 B-17 Flying Fortress: The Mighty 8th

This ambitious game actually isn't so much a flight simulation as it is a role-playing game that takes place aboard a bomber.

8
Sign In to rate B-17 Flying Fortress: The Mighty 8th