Axiom Verge 2 is a daring sequel that shares very few similarities with its predecessor, but it's held back by one-dimensional combat.

Axiom Verge 2 is almost a sequel in name only. It's still a metroidvania, and there are a couple of minor similarities between developer Thomas Happ's latest game and its 2015 predecessor, but these are minor aspects when compared to everything that's new and divergent about this unexpected sequel. Considering how revered the first Axiom Verge was as an affectionate homage to Metroid, presenting something that's vastly different is a surprising approach when building on those original foundations would have been more than enough for most. Instead, Axiom Verge 2 is a bold, daring, and ambitious sequel that falters in a few select areas.

One such area is the game's story, which starts much like the first game, as our human protagonist is transported to a bizarre alien world. This time around, you play as billionaire CEO Indra Chaudhari, who ventures into an Antarctic research base--and eventually another reality--in search of her missing daughter. This clear-cut story thread does just enough to keep the 10-hour adventure ticking along, but everything around it is coated in the kind of jargon-heavy lore that can only be fleshed out by finding all of the notes hidden throughout the game world. Reading each of these abandoned jottings does fill in some of the blanks left by the frugal narrative, but they're mostly so dense with impenetrable technobabble that it isn't worth seeking them out.

Fortunately, the narrative mostly takes a backseat to your exploration of its labyrinthian map. While your journey begins in the snowy tundra of the Antarctic, the adventure eventually takes you through several distinct biomes, such as an arid desert and flooded temple, that marks a clear departure from the subterranean expanse of the first game. These are detailed environments, too, with a sense of scale that extends far beyond the 2D foreground, with snow-capped mountain ranges and verdant forests stretching out into the horizon. If the first game was inspired by the "Metroid" part of the genre's namesake, then Axiom Verge 2 leans more heavily into the "Vania" side of the equation, swapping out the dark confines of its underground maze for a more spacious and detailed environment.

The same is true of combat as well, with your previous arsenal of high-tech firearms being replaced by a pickaxe and boomerang combo. It's a significant change for the series, but not one that's entirely successful. In the early stages of the game there's a degree of strategy involved. The axe deals more damage but requires you to get up close and personal, while the boomerang--and the range it affords you--makes it easier to sit back and dodge incoming projectiles. This forces you to weigh up your options when confronted with each of the game's diverse enemy types, but as your health bar expands and your damage output increases, it becomes much easier to brute force your way through almost every situation. There's a palpable sense of character progression inherent in this design, but the combat's one-dimensional nature lacks the same satisfying punch and intensity of the first game's bullet cacophony. Bulldozing your way through a room of robotic drones is innately thrilling, but it never challenges you to do anything more than adopt a simple hack-and-slash strategy.

The only other offensive tool at your disposal is the ability to hack mechanised enemies, but it doesn't take long for this to become little more than an afterthought. Hacking gives you the option to slow down enemies or halt their weapon fire, but your hacking radius is so small that you're going to be in slashing range anyway, so there's no reason to deploy abilities that have a negligible impact on the outcome of a fight. Instead, hacking is more useful for passive tasks such as opening doors or moving platforms.

Combat is also somewhat downplayed, owing to the fact that the vast majority of boss fights are entirely optional. There are two outliers, including the final boss, but even these compulsory battles give you unlimited respawns to whittle away at the boss' health bar. For a genre that often revolves around locking you in a limited space with a gargantuan foe, it's a bold change of pace that puts a greater onus on the unimpeded flow of exploration. These optional scraps reward you with additional skill points that can go towards improving your attack speed and so on, but you can easily bypass these encounters if they're too difficult or you just don't fancy it, without suffering any sort of penalty. You're not even missing out since the fights themselves reflect the rest of the game's combat, with little in the way of strategy required to defeat each one. Facing off against a flying machine with a ram's head might look interesting, but with no attacking patterns to memorise or adapt to, these encounters end up being entirely forgettable.

The core combat takes a relative backseat because there's a concerted focus on exploration in Axiom Verge 2. This is born from a significant rework of your traversal abilities that fundamentally alters the way you interact with this interconnected game world. Naming all of the ways you're able to get around would ruin part of the surprise, but let's just say you gain the ability to clamber up walls fairly early on and your options only expand from there. The standout feature, however, is The Breach: a separate map that sits behind the regular one, similar to the parallel worlds found in The Legend of Zelda: A Link to the Past--although this comparison is fairly reductive in Axiom Verge 2's case. Rather than mirroring the layout of both worlds, The Breach is an entirely new map; so much so that the only way to access its cramped, low-res spaces is by using a trusty drone. This robotic sidekick has its own attacks and makes use of a grappling hook to get around, but The Breach's ingenuity is derived from the way it challenges you to solve navigational puzzles.

By using the map, you can see where you exist on both sides of the interdimensional divide. Axiom Verge 2's level design has all the hallmarks of a quintessential metroidvania, with items and pathways tantalisingly out of reach. But reaching these places isn't always about returning later on with the requisite power-up. Once the mechanic begins to evolve and you gain more freedom in travelling between the two parallel worlds, you're able to exit The Breach in unexplored locations, thus increasing the amount of solutions available to you when trying to figure out how to navigate each blank space on the map. Gauging how to circumnavigate obstacles and utilize the various tools at your disposal is an enthralling challenge that's consistently satisfying to solve. There may be moments when you hit a brick wall, and the lack of signposting on the map results in more than a few instances where you'll backtrack to an obstacle you know you can't yet bypass. But Axiom Verge 2 is more intuitive to explore than its predecessor. Its biomes feel suitably distinct from one another, and the game offers you a little more guidance this time around by displaying a magical compass that points you in the right direction.

Simple combat, forgettable boss fights, and a reticent narrative--not to mention an overly vague map--are the only dampeners on what is an impressive sequel, despite never quite feeling like one. The unsuspected changes and additions are bold and mostly pay off, with consistently engaging and rewarding exploration that's propelled forward by an ambitious central mechanic. Axiom Verge 2 is a game that constantly evolves and delights, but just lacks the same bite as some of its contemporaries. 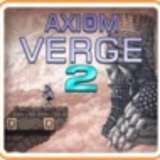 Richard finished Axiom Verge 2 in just under 10 hours, uncovering 85% of the map in the process. Review code was provided by the publisher. 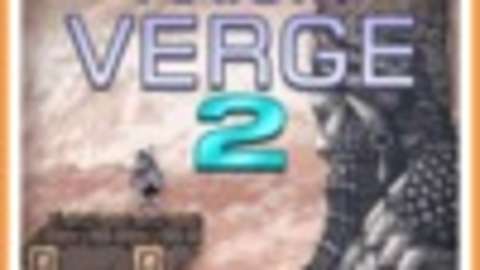