Avalon Code is an action role-playing game with an innovative mechanic that lets you instantly modify the world through the use of a magical tome. The game holds some initial promise but is bogged down by tedious dungeon filler, mindless button mashing, and a general lack of refinement. While it's not a painful experience, Avalon Code is a thoroughly mundane adventure despite some interesting, but poorly implemented, concepts.

The storyline is uninspiring and follows a heavily linear, predictable path. You're cast as a young warrior who stumbles upon the Book of Prophecy, a sacred text that selects you to create a new world. Your goal is to record what you want in your ideal world, which amounts to whacking everything--from flowers to townsfolk--with the book to scan data. You're guided by cute elemental spirits that offer brief tutorials and a little extra firepower, but they're largely unnecessary window dressing.

The Book of Prophecy, the game's most unique and fascinating feature, is creatively integrated into the gameplay, serving as more than a simple menu system. The book resides on the bottom screen and allows you to quickly jump between weapons, health items, and monsters at the tap of the stylus. It also houses a convenient detailed map for each environment screen that includes marked entrances, which is vital for navigating through dungeons. The book's most intriguing ability is its power to modify the world and its inhabitants as you like; you do so by scanning targets with the book, which allows you to adjust their elemental codes--tiny puzzle pieces pieces that fit into boxed grids--to modify them. For example, stocking a monster's grid with illness codes makes it sickly and vulnerable. Code manipulation is the game's strongest, most addictive aspect, and it's quite satisfying to instantly weaken monsters in the midst of battle.

A robust item-creation system further capitalizes on the enjoyable code-manipulation system, offering countless recipes so you can forge your own superior weaponry by modifying elemental codes. This enables you to create anything from fiery swords to frosty assassin daggers in your quest to wield the ultimate gear. Item collectors, meanwhile, should especially appreciate scouring the world for hidden recipe tablets that unlock prime equipment.

The novelty of code adjusting begins to fade as boring button-mashing combat and unchallenging gameplay move to the forefront. Most foes are easily dispatched, either rushing you or standing still while you pummel them from behind. As you master combos, you'll find that enemies spend more time on the ground, locked by your combo prowess, than attacking, because they can't stand up to counter. Moderately low monster variety and the fact that you fight enemies in batches of the same monster type further drain the fun out of battle. Bosses, however, use strategic tricks for more enjoyable combat segments, though their attacks are pattern-based. A handful of weapon types--including hammers and projectiles--provide some much-needed variety. Judgment linking, a combat minigame in which you juggle opponents as the camera zooms in and out, adds some spice but is slow and unnecessary.

One of the greatest disappointments is that dungeon areas operate as little more than tedious filler, offering simplistic objectives in between dull mini-puzzles that detract from the game's adventurous spirit. Dungeons are divided into one-room segments, with most of their repetitive objectives requiring you to slay all enemies, flip a switch, or light a torch, reducing dungeon exploration to monotonous mazes. It's a little difficult to judge depth during platform portions because you can't maneuver the camera's isometric view, but this is a relatively minor complaint; you might also encounter some trouble pushing objects or searching the environment for tablets, because you have to be positioned at just the right spot to do either--another irritating quirk.

Though the Book of Prophecy is creatively incorporated into the gameplay and offers an innovative alternative to menu navigation, its cumbersome execution is highly vexing. Initially the book's index takes you within a few pages of the object you're seeking, but as you fill the book with data, it becomes a distracting, time-consuming hassle to muddle through it for what you need. This is mostly because you're harshly restricted to four active code slots, which practically guarantees that you won't have the codes you need on hand, so you'll have to dig through the book to locate them. This is a nuisance because it's difficult to remember just where you stashed which code, and there is no handy code search function. You'll frequently need to use the book to switch or modify weapons to solve puzzles, routinely disrupting the action since there's a short delay each time you access the book. You're also stuck resorting to the book for simple items such as health potions and keys, which leaves you constantly bouncing back and forth between pages.

While the game isn't much of a visual delight, it boasts some expansive 3D environments, vivid colors, and cute character designs as well as mildly entertaining cutscenes. Unfortunately, texturing is relatively poor and it's difficult to make out structural details. The audio quality is also questionable, with obnoxious attack sound effects and monster growls; however, you can turn off ambient sounds if you don't mind missing out on crucial audio cues. The game's music is one of its better traits, and its infectious backdrops properly set the mood despite their generic overtone.

The main adventure is roughly 20 hours, which is a moderate length, though much of that time is spent flipping through the book for codes. Judgment link tournaments and a local lottery are interesting diversions, though a cute friendship game is more impressive and fun. By giving the townsfolk presents you increase their affection level, which adjusts your relationship. As you become closer, you'll unlock intriguing character subplots as well as side quests, though most of the side quests involve boring item fetching and routine monster hunts.

Avalon Code isn't a bad game, but its quirks and overall mediocrity prevent it from realizing its potential, leaving its quaint adventuring style best approached by the patient. 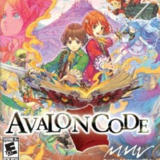 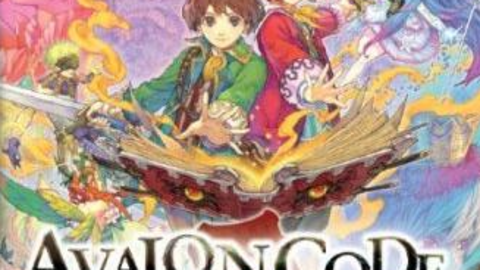 Avalon Code is an all-new RPG adventure for the Nintendo DS created by the development team behind the Final Fantasy III and IV remakes.