Auto Destruct could've been a modernized city-based version of Midway's Spy Hunter, but it ended up as a G Police that got grounded.

The storyline borrows as much from Marvel Comics' The Punisher as it does from the old David Hasselhoff TV series, Knight Rider. The antics of an "extreme terror cult" have caused the death of your entire family, and the cultists haven't stopped there. They've moved along, wreaking even more havoc in a future San Francisco (ostensibly shaken nearly flat by quakes between now and then). A mysterious organization called Temple has given you a sports car outfitted with weapons to stop them.

As Booth, the driver, you follow the instructions given to you via radio from your Temple operative. Your perspective is from behind the wheel, behind the car, or far above and behind the car, whichever you prefer. A typical mission includes picking up an informant and dropping him off at a safe location, tracking down and destroying enemy tanks and helicopters, escorting a VIP, or a mixture of them all. You can repair damage to your car and refill on gas at special stations in each of the three cities within the game and stock up on different weapons (machine guns, missiles, and mines for example), which are dropped off by friendly helicopters.

What Auto Destruct lacks in gameplay, it almost begins to make up for visually. The graphics look very similar to the Die Hard With A Vengeance portion of Probe's classic Die Hard Trilogy. The colors are bright and the buildings have a slightly better sense of depth than in titles such as Twisted Metal 2: World Tour and Die Hard Trilogy. These rather dated examples and lots of repeat in the building fronts make the graphics less impressive, but overall the game looks decent. The first-person view is good looking and fast moving, and the New York cityscape has a great design and color scheme, but the former isn't really playable within and the latter is late enough in the game that most players will give up before getting to it.

There are 25 missions of play in all. It's an impressive number, but much less so when one considers just how repetitive and dull the gameplay is. Auto Destruct could've been a modernized city-based version of Midway's Spy Hunter, but it ended up as a G Police that got grounded. 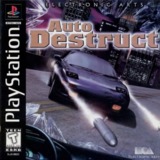 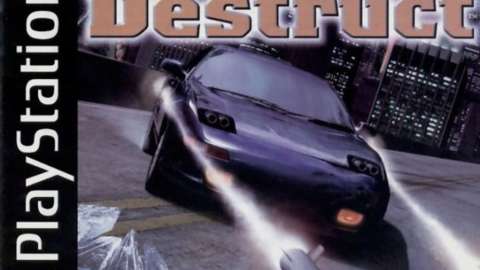 Auto Destruct could've been a modernized city-based version of Midway's Spy Hunter, but it ended up as a G Police that got grounded.