The first ATV Offroad Fury offered a pretty satisfying blend of fast, arcade-style off-road quad racing with just a touch of Tony Hawk trickery, and the biggest highlights of the game were arguably the sprawling enduro tracks and the floaty physics engine, which let you pull off some amazingly huge air. ATV Offroad Fury 2 provides more of the same, though with marginally better packaging and the addition of online play.

The controls have remained simple and accessible, with basic acceleration and braking assigned to the X and square buttons, and you can also perform a fairly limited catalog of aerial stunts using the triangle, circle, and L1 buttons in conjunction with the left analog stick. The most unique aspect of the gameplay in ATV Offroad Fury 2 is the preloading mechanic, which you can use to get bigger air off jumps. All you need to do is push down and up on the left analog stick right before you launch off a jump. As simple as that sounds, it takes good timing and a fair amount of finesse to pull it off just right, though depending on the jump, it's not always best to max out your preloading every time. The game features a ton of different makes and models of quad bikes, each with unique stats for top speed, turning, and suspension, and although they're all generally tuned for fast straightaways and big jumps, each quad is different enough that it's worth your while to find the one that works best with your own personal play style.

The gameplay in ATV Offroad Fury 2 hasn't really changed any since the first game, and the gameplay modes won't rattle any cages, either. The races, which are really the heart of ATV Offroad Fury 2, can be run either as a one-off race or as a part of a championship series, and they are broken down into three distinct types: enduro, nationals, and supercross. The enduro courses are some of the wildest, putting you in the middle of nowhere with a series of checkpoints to pass through and usually without a very clear-cut path. The nationals courses are your basic groomed outdoor dirt tracks, and the supercross courses are very much the same, except that they're all indoors, and the track design is usually much tighter, requiring a greater level of technique from the rider. To stand a chance in some of the higher-level competitions in ATV Offroad Fury 2, you'll need to become intimately familiar with the layout and timing of the different courses, which is where the freeride and practice modes come in handy. The lap attack mode is also helpful in honing your skills, as it pits you against your own personal best lap time on a course. There's also a freestyle mode, where you play for points by performing aerial stunts, but with only 24 tricks at your disposal, the freestyle mode gets old fast. If there is to be an ATV Offroad Fury 3, Rainbow Studios seriously needs to give the trick system a long hard look and either build it up or tear it out. The majority of the courses, ATVs, and rider gear, like helmets, suits, gloves, boots, and goggles, start off under lock and key, and the only way to open them up is by winning races in any of the single-player modes, though the biggest point rewards come from competing in the championship races.

ATV Offroad Fury 2 has a pretty extensive number of multiplayer options as well, which include support for split screen, i.Link, and LAN play. You can run straight races against a mix of human and AI racers, or you can strip out the computer opponents and just go head-to-head with your friends. A freestyle mode is also included here, but again, the appeal of this mode is limited by the trick system. For the most multiplayer fun, though, players will probably want to look toward the new minigames, which give you more exciting and directly competitive goals instead of requiring you to simply place first in a race or bust more tricks than your opponents. The Tony Hawk influence on ATV Offroad Fury 2 is most prominent here, as most of these modes have been lifted straight from Tony Hawk 3. In tag, players vie for a ball on the course, and the player who has possession of the ball for the longest amount of time wins, and to make things more interesting, the longer you hold the ball, the slower your ATV moves. With a more literal definition than you might expect, the hockey mode puts players on their ATVs inside an ice hockey rink, complete with two goals, an oversized puck, and a pretty self-explanatory objective. King of the hills works like the graffiti mode in Tony Hawk, where players try to claim jumps and hills on the map by busting tricks on them, and the player with the most items claimed when time runs out is the winner. Finally, the treasure hunt mode scatters giant tokens across the map, and it's up to you to seek out and hoard more tokens than your opponents. Along with all of this regular multiplayer business, ATV Offroad Fury 2 features a brand-new online component too.

It's cool that Rainbow Studios was able to include some online play in ATV Offroad Fury 2, but the mode feels hastily assembled. You'll start off with just two online gameplay types, race and freestyle, and though two of the minigames can also be played online, Rainbow Studios has frustratingly locked them up, forcing you to go through the single-player mode in order to fully enjoy the multiplayer aspects of this game, even if you have no interest in the single-player game. Also, regardless of which multiplayer option you choose, be it with a multitap, an i.Link cable, on a LAN, or over the Internet, you can have no more than four players in a game. Considering the massive size of some of the tracks and off-road enduro maps, it's disappointing that the developers were unable to include support for a few more riders. Also, once you've committed to online play, you'll have to reset your PlayStation 2 console if you want to play a single-player or split-screen multiplayer game--it's kind of a minor thing, but it's annoying. The actual online play itself is real smooth, and under optimal conditions, you won't give a second thought to the geographical locations of your opponents. Still, the game isn't worth picking up for its online capabilities alone, though PS2 network adapter owners should be pleased to have another game to play online.

Though the online play in ATV Offroad Fury 2 definitely could've used some more polish, the lack of graphical enhancements over the original Offroad Fury is much more disappointing. The riders and their ATVs look slightly more detailed, but the regular rider animation and trick animation appear unchanged. The environments are big, though no bigger than before. Though the textures are generally bright and do a good job of conveying some realistic off-road environments, they don't stand up well to closer inspection, and even the most prominent first-string textures look pretty blurry. The frame rate is decent, but the aliasing is bad, and the game doesn't really make use of any impressive lighting or particle effects. Certainly, the old gaming adage "graphics aren't everything" rings true for ATV Offroad Fury 2, as the game is still completely playable, even with its slightly antiquated visual presentation, but this doesn't make it any less of a disappointment.

And what action sports game would be complete without a big licensed soundtrack? SCEA obviously put a lot of stock in this idea, as ATV Offroad Fury 2 features an extensive, expensive-sounding licensed soundtrack. The style of music included isn't surprising, with the usual mix of hip-hop, metal, and dance music, but the caliber of the acts and the number of tracks are almost on par with Tony Hawk's Pro Skater 4. There's a total of 24 songs on the soundtrack, provided by the likes of Filter, Cypress Hill, Alien Ant Farm, Korn, Garbage, BT, System of a Down, and Jurassic 5, among others, and there's a surprisingly small amount of filler. And if there's something here that doesn't appeal to you, the game lets you customize the soundtrack to your personal tastes. While Sony was obviously willing to pay for the soundtrack, the same cannot be said for the in-game sound effects, which sound the same as those in the first Offroad Fury.

ATV Offroad Fury 2 makes a few incremental improvements to the existing ATV Offroad Fury formula, and it's not so radically different that it will alienate fans, but it also won't really draw in players that weren't impressed with the first game. Though the trick system and the online features feel kind of half-baked, ATV Offroad Fury 2 still offers solid, enjoyable off-road racing action. 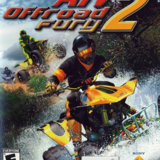 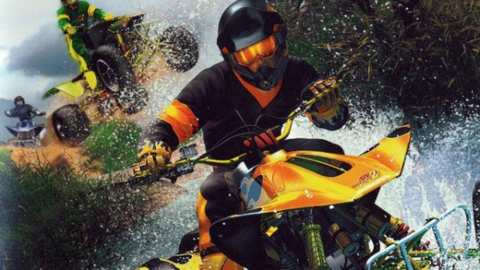