Atomic Bomberman is one of this year's biggest missed opportunities.

I play console games. That's right. I've said it. Despite having been a PC reviewer for seven years, I do occasionally sneak over to a console machine just to take a peek at how the other half lives. And, usually, I'm not impressed. The one glaring exception would have to be HudsonSoft's release of Super Bomberman 2 for the Super Nintendo. Throughout the years, this one simple game has been the pinnacle of what all games should aspire to be - simple to learn, requiring very little in the way of flashy graphics or spectacular sound, and delivering great gameplay and multiplayer competition. I was overwhelmed with excitement when I first heard that a PC version was on its way. Sadly, though, the game just didn't live up to my expectations.

Like its console predecessors, Interplay's Atomic Bomberman is pleasingly simple. You control one of several different colored bombers from an overhead perspective. By clicking your button (the game can be fully customized so this can be any button that suits you) you drop lit bombs that explode after a few seconds. Using these bombs, you must destroy all of your opponents. That's it (well, there's a little more to it, but that's basically it). By collecting icons that are hidden within the walls you can arm your bomber with power-ups, such as additional bombs, more powerful bombs, acceleration, the ability to kick bombs (good for getting out of a tight pinch), and the ability to throw bombs. All in all, if you are a new player you can expect to spend at most five minutes learning how to play. But as you play you'll learn tricks and acquire skills that will improve your game.

So here's the tricky part. The game is actually so simple that most PC users would look at it and say "shareware" without ever taking the time to actually play it. Interplay's solution to this potential problem was to send in their design teams to add a load of new features and artwork that would enhance the game without losing its overall feel. Unfortunately, they were only partially successful. Some of the game's new features are great, such as the addition of hilarious death animations and a bunch of new maps. Others are horrible, like the new icon art and the megs and megs of "taunts" that play every time you pick up a power-up. And some are just plain inexplicable, like the inclusion of the golden bomber feature in the single-player mode, but not in the multiplayer mode for which it was designed. But even these changes don't really hurt the game - the real coup de grace comes in the poor network support.

That's right. The most important component of Atomic Bomberman - multiplayer - is also its weakest component. At best, play is jerky and at worst, players get randomly kicked out. There are also really bizarre problems, like adding players who aren't really in the game, and awarding wins to players who haven't earned them (and not registering those ghost wins on other players' computers). For a game that revolves around multiplayer competition, this just isn't acceptable.

On a positive note, Interplay has made some real jumps forward with the game by adding customizable characters, game rules, and more. But Atomic Bomberman is one of this year's biggest missed opportunities: PC owners had a chance to not only get introduced to HudsonSoft's classic, but to play a title superior to any that had come before it. Sadly, that isn't what happened. 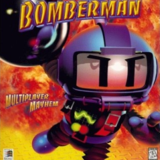 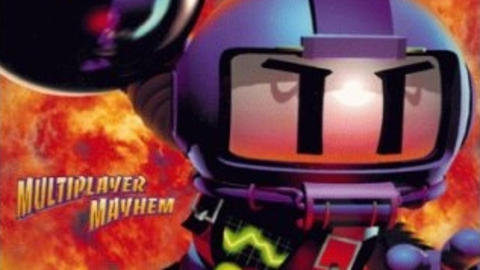 Atomic Bomberman is one of this year's biggest missed opportunities.