Even veteran adventurers can expect 20 hours or more of gameplay from Atlantis,but that's only because of the sorry save-game feature and the obtuse puzzles.

If you'd asked me what I thought of Atlantis: The Lost Tales after my first couple of hours playing it, I'd have said it was the best graphic adventure I'd played in a long time and I was really looking forward to getting deeper into it. But you'd have heard a very different song if you'd hit me with the same question just a few gameplay hours later - one whose chorus would go something like "Why? Why? Why?" because there's simply no excuse for several of the problems.

Set on the eponymous mythical (or not-so-mythical, depending on your source) island, Atlantis: The Lost Tales puts you in the sandals of an orphan named Seth who's been chosen to serve as a Companion to Atlantis' queen, Rhea. Companions normally get to gallivant around the island with the Queen on foot or in huge airborne boats called fliers, but as soon as Seth arrives he learns that Rhea has mysteriously disappeared and nearly all her Companions have been murdered by parties unknown while on one of those jaunts.

Since Atlantis has always had a queen, this is pretty shocking stuff for the Atlanteans - except for the palace guards, that is, who are under the command of the Queen's Consort, Creon. They're in charge of the investigation into the Queen's disappearance, and when Seth tries to do a little sleuthing on his own he's warned by Creon to mind his own business. It doesn't take very long to figure out that Creon has his own ideas about how Atlantis should be run - and that he should play a preeminent role in the new world order. It's up to you to find Rhea, uncover Creon's plot, and stop him from carrying it out.

It's a very good setting for a graphic adventure, and Cryo's fleshed it out with extremely handsome graphics and a New-Agey musical score that sets the mood quite nicely. The interface is based on a proprietary technology called Omni 3D, which lets you look pretty much anywhere you like so long as you're not moving. (That's because you move by clicking on a directional arrow and then follow a predetermined path, a la Myst and a host of other games.)

But after oohing and aahing at the graphics and enjoying interacting with several characters in the game - something that's been sorely missing from many recent adventures - I began to learn the downside to being a Queen's Companion. The first is that there are no saved games: Your progress is stored automatically in "episodes." What this means is that you might have to travel through five, ten, or even a dozen screens over and over again to get back to the place you left off by dying in the game or simply exiting the program. Like I said, the graphics are good - but they're not so good that I want to see the same dozen screens over and over again just because I'm having a problem with a certain puzzle or obstacle.

Next up on the boo-boo list: no pause function. Once I had to answer the phone while Creon lectured Seth, but the only way to stop the dialogue was to skip it entirely - so when I returned I found that I had to answer yes or no to a question I hadn't heard, which meant playing the episode from the start again.

Then there's the Omni 3D interface. Yes, it's nice to be able to look all around you, but because you're supposed to be moving your head there's no cursor to place over objects to pick them up. Instead, you must center an object you want to manipulate in the exact center of the screen. I needed to pick up a knife dropped by a guard I'd just knocked out, but after looking at the ground where the knife lay and not seeing the "grab" icon appear I just assumed I couldn't take it. If you think about it, it's like moving the screen around your cursor rather than moving a cursor around the screen.

The frustrations don't end there, though. There are several time-based puzzles that use the "go the right way at the right time" design philosophy, most of which lead to death or captivity for Seth at least the first four or five times you try them because things are happening so fast that you have to use trial and error rather than logic and observation to figure out which way to go. While the minimalist interface pulls the plow well enough for most of the game, there are a couple of sequences where you're supposed to do something that's not explained in the manual: A prime example is when you have to start a conversation with a character even though the "talk" icon doesn't appear when you look at him (on a related note, the voice-acting ranges from competent to downright amateurish).

There's a host of logic puzzles that must be solved, and as with most games that rely heavily on these types of puzzles, they're scattered about the game like confetti at a parade: Just because you slap an "Atlantean" graphic on a sliding puzzle or a levers-and-pulleys machine doesn't explain why a game character whipped out the thing for you to solve in the first place.

But the apex of bad game design comes near the end with the notorious Crab Race. Here's the deal: you pick a crab (trial and error again!) and race another guy's crab in a best-of-five series - and you MUST watch every race from start to finish because if you don't you'll lose even if you picked the right crab!

Even veteran adventurers can expect 20 hours or more of gameplay from Atlantis, but that's only because of the sorry save-game feature and the obtuse puzzles. How obtuse, you ask? Well, I'll put it this way: This is the first time I've seen a company post the entire walk-though for a game on its web site as soon as it hit store shelves.

Atlantis will undoubtedly garner a few fans, but don't let that fool you into shelling out money for this game - unless you're working on a new graphic adventure and want some pointers on what not to do. 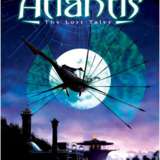 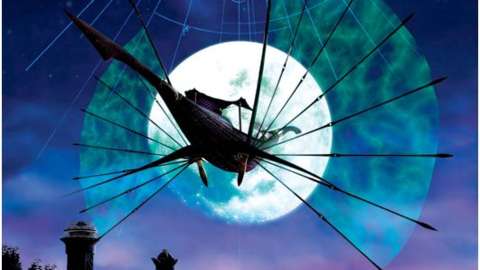