To infinity and beyond.

It's rare that you'll ever feel stressed while playing Astroneer. Its colourful planets and soothing synth soundtrack make exploring its handful of varied planets a treat for the senses, but its reined-in take on survival is what makes your hours with it as serene as possible. With little to worry about in terms of actually surviving, Astroneer shifts its focus to a core resource gathering and building loop. But, disappointingly, it struggles to entice you to visit all of the land it has to see.

Astroneer's solar system includes seven uniquely styled planets with procedurally generated terrain. They feature a familiar low-polygon styling that is made striking thanks to bold, vibrant colors and a great range of colour palettes used throughout the solar system. Your starting planet features gorgeously green fields stretching for miles on end, while another nearby feels far less inviting with harsh mustard-yellow mountain ranges and darker, more ominous clouds hanging above. The cartoonish designs that stretch from your customizable character to the structures you build blend well with the vibrant backdrops. Everything looks larger than it should realistically be, from the tires on your trusty rover to the simplistic 3D printers you make use of frequently, but it's an aesthetic that gives Astroneer a great and distinct look.

You play as a lonesome Astroneer, or as part of a pair if you choose to play cooperatively with a friend. You're given nothing more than a few tools and a home on a planet mostly devoid of life to start off with. You also aren't given any objectives, either--instead you're encouraged to explore the land around you and harvest useful resources to fuel your home expansion. Resources such as the vaguely named "compound" lie in abundance next to resin and organic matter on a planet's surface, with the catacombs beneath it housing rare metals and strange alien elements. Your progress is defined by how you expand your home on the planet, with no direction or set path imposed on you.

You can feel aimless at first, but the initial hours of Astroneer are some of its most intriguing. With nothing but foreign land stretching out all around you, it's tantalizing to pick a direction and set out. Your exploration is limited by oxygen, though--without a direct connection to your home or a substantially large oxygen generator, you will quickly burn through the reserves on your backpack and succumb to suffocation. You can craft and then drop oxygen tethers to extend your supply far beyond your starting point, and, in the process, leave a glowing blue trail that can easily lead you back home when you need to return. It strikes a good balance between being both a simple survival mechanic and a way to chart your explorations on a planet, letting you recklessly explore with a means to return safely.

As you start hoarding and building more, your options start expanding. After gathering resources on foot, you can craft a tractor which can carry a train of trailers, allowing you to gather more resources during a single expedition. Refiners let you turn basic resources into the building blocks of more helpful structures. These can range from simple large storage units to lighten the load of your backpack to massive research chambers and soil refiners that reward you with research points and basic resources respectively.

Without a narrative reason to push your exploration, watching your barebones homestead expand over time is the strongest driving force behind your extensive exploration. Specialised structures require unique resources that can't be synthesized through constructed tools alone, which encourages you to explore beyond your starting biome. Yet despite the prospect of adding new structures to your home base, extended exploration on other planets isn't that alluring. It takes a lot of investment to build up your main base on your starting planet, and there's no way for you to move this from one planet to the next. Without established sources of oxygen and power, survival on each new planet is tricky, and it feels like you're starting from scratch. It's far easier to make short trips to other planets in the solar system and gather the exact resources you need as quickly as you can, almost completely ignoring their unique designs and possible secrets in the process.

When you aren't managing oxygen on the go, you're overseeing power distribution between new structures around your base. Each operation--such as refining raw materials, researching mysterious ores, and printing new tools--requires power to operate efficiently. Operations will slow down or speed up relative to how much power they're supplied, encouraging you to route power intelligently throughout your base. Instead of managing this in a series of menus, you have to physically connect each module and structure with large red power plugs. The constant redirection of power can become tedious to manage individually; it's not complicated to understand where power is coming from, but the larger your base becomes, the messier the tangled web of power wires becomes, too.

Astroneer's overall inventory management also struggles at scale. You aren't inundated with meters and bars to watch on your journeys; all the information you need is conveyed mostly by your large backpack. Your inventory, for example, is always visible, with stacks of resources occupying single slots on your backpack and mining tool. You can zoom in on this and swap out items without having to dive into a menu, or drag and drop items out of personal storage and into a structure nearby with the flick of the mouse. It initially seems clever, but problems arise again when there's just too much to manage. Trying to place a stack of organic matter on a specific small generator becomes challenging when your zoomed-in backpack view takes up half the screen in an already chaotic home base, for example, and finer movements with your mouse are undone by an overly aggressive automatic snapping that makes trying to place an object cumbersome and frustrating.

Inventory management initially seems clever, but problems arise when there's just too much to manage.

There are some technical hiccups that unbalance this serene setting on occasion, but none that are severe enough to really hamper your progress. Performance on PC (which in this case featured a RTX 2080Ti and 6th generation Core i7) can inexplicably plummet when you're surrounded by numerous oxygen tethers, and I had two separate instances where I clipped through the ground and was forced to reload a previous save. Astroneer is generous with when it saves, though, so progress loss is infrequent.

Astroneer succeeds when it's enraptured you with its beautiful visuals and the irresistible call to explore the planet you find yourself on. Although it lacks a central through line to give you guidance, the variety of structures you can build helps point you towards new resources to hunt for. It struggles to incentivise you to sufficiently explore other planets within its single solar system, however, while also forcing you to work with an inventory system that is often unwieldy. These are frequent frustrations that Astroneer never fully overcomes either, but they're worth putting up with to experience its serene sense of planetary exploration.

View Comments (12)
Back To Top
6
Fair
About GameSpot Reviews 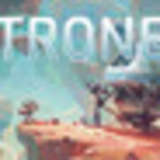 Alessandro explored Astroneer's stars for over 16 hours on PC and was immensely proud that he built an entire network of oxygen tethers stretching to the core of at least one planet. He really hated getting his rover stuck in a ditch, though. Code was provided by the publisher for the purposes of this review. 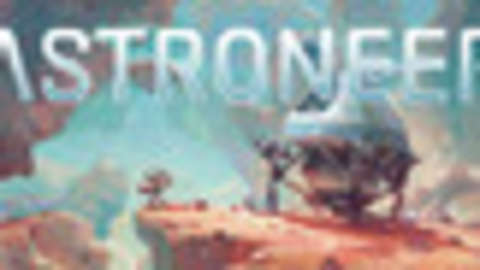