Everyone, regardless of age, simply must own and play Astro Boy: Omega Factor--because it is one of the best action games on the GBA.

Everyone, regardless of age, simply must own and play Astro Boy: Omega Factor--because it is one of the best action games on the Game Boy Advance. Sega has teamed up with Treasure, the same development house responsible for past cult hits such as Gunstar Heroes, Dynamite Headdy, and Ikaruga to create what is essentially a celebration not just of Astro Boy creator Osamu Tezuka's life's work, but also of everything that makes the side-scrolling action genre so timeless and great.

The Treasure-inspired influences are unmistakable. Astro can beat up enemies using his fists, but the many individual waves of enemies within each level encourage the frequent and gratuitous use of his pyrotechnically gorgeous finger laser, arm cannon, and machine gun special attacks. The arm cannon, for instance, is as tall as Astro Boy and spans the entire screen. Best of all, you only need to perform a couple of kung fu combos to recharge Astro's stock of special attacks. Roughly half of the game's 43 levels have a boss battle, another Treasure trademark. Some bosses are behemoths that stand multiple screens high and attack with a variety of different weapons. Others are smaller, but have multiple transformations and attack patterns. Just to shake things up a little, there are also flying stages scattered here and there. These stages play out like a traditional shoot-'em-up, with Astro dodging lasers and taking on wave after wave of flying robots using his finger laser and special attacks.

Astro has only a handful of attacks, but they're all extremely useful in the right situation. The A and B buttons perform basic jump and punch functions, and you can press the A button multiple times in midair to use Astro's rocket boots. Pressing the up and B buttons at the same time activates the finger laser, which can shoot through multiple enemies. When you tap twice quickly in the same direction on the directional pad, Astro will perform a dash move that lets him pass safely through bullets and enemies. This is a handy move to use when you're knee deep in angry robots. The L and R buttons activate Astro's special attacks--the arm cannon, machine gun, and EX dash. The arm cannon fires a powerful blast that can deal out 30 times the damage of the finger laser. The machine gun stops enemies in their tracks for a couple of seconds, which is nice when you're in a cramped room and want to squeak behind a boss. The third and last special attack is the EX dash, which adds a powerful multihit punch onto the standard dash move.

Nowadays, plain old action games are ubiquitous. They're old hat. Heck, they're obsolete. Someone on the development team must have realized that, because Omega Factor incorporates character interaction into its level navigation and power-up procedures. It works like this: Most levels have a character either sitting in plain sight or hidden behind something. When you talk to that character, he or she will offer up another part of the story and let you upgrade one of Astro's weapons. At the same time, some characters provide clues about how to find other characters or simply reveal a formerly secret level. In order to unlock all of the game's levels and see the best ending, you'll need to revisit previously played levels and figure out the proper order in which to speak with certain characters. That type of setup gives this side-scroller a rather engrossing quest aspect that most action games don't have.

The quest aspect also goes a long way toward helping players follow the story and learn the personalities of each of the characters. Sega has been faithful to Osamu Tezuka's original vision and has concocted a story that's both a whodunit and an allegory for society's racial schisms. The story has numerous twists and turns, and longtime Tezuka fans will be glad to see cameo appearances from a number of characters from his other works, most notably Jetter Mars, Ambassador Magma, and Dr. Black Jack. All of the game's many dialogue scenes are drawn in the same expressive, colorful manga style that Tezuka used when he drew the original comics.

Omega Factor is a delight for the senses. The levels show a great amount of depth and detail, partly because there's a lot going on in the cities in the background and also because the multiple layers of parallax and line scrolling make it seem like there's a whole environment out there besides just what's in the foreground. Astro and the various enemies are lavishly animated. When you activate Astro's arm cannon, the screen pauses and Astro's arm transforms to allow the massive burst to be fired. Enemies' faces react with looks of pain when you attack them, and they'll perform little actions, like pumping their fists or loading their weapons, before making their own attacks. Bosses are huge, often take up multiple screens, and tend to have multiple attack patterns. The artificial sun boss in level 2-2 continues to grow as you attack it, and it eventually sprouts poisonous tentacles. Epsilon, one of the final five, can send a massive blue whale across the screen. Along with the giant bosses, Treasure has employed the GBA's entire bag of graphical tricks to keep the screen busy. That includes day-to-night color changes, breakable foreground objects, the use of transparencies for flame and laser effects, and scaling effects that allow you to encounter giant or miniaturized versions of normal enemies. Surprisingly, there's only a little slowdown here and there.

The music and sound effects show an equal degree of variety and quality. There are digitized voice effects and dozens of different weapon noises, and each level has its own unique musical theme. Fans of Gunstar Heroes and Alien Soldier, two Sega Genesis games that Treasure developed, will recognize music from those games during a couple of later boss encounters.

Omega Factor was originally released six months ago in Japan, but the developers have used that time to make numerous improvements to the English-language version. Many stages have a different assortment of enemies, and formerly "empty" levels now have more enemies in them. Some enemies gained additional attacks, including most of the bosses. Graphically speaking, the number of instances of slowdown has been significantly reduced, the color schemes of some enemies have been changed to make them easier to see, and a boss health meter has been added so that players know exactly how much health a boss has left. Lastly, a third difficulty setting has been added and the old difficulty settings have been made tougher to make the English version much less of a cakewalk than the comparatively easy Japanese game. These tweaks and improvements cause Omega Factor to be that much closer to perfection.

All game systems have two or three games that ultimately define the particular genre they represent on that platform. Thus far, the GBA's must-have action games have included titles from the Super Mario, Metroid, and Castlevania series. Now you can add Astro Boy: Omega Factor to that short list. You'll need to go through most of the game's 43 levels twice in order to find all the characters and unlock the best ending, but even after you accomplish that feat, this is the kind of game that you'll pick up regularly just to play a level and kill some time. 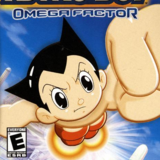 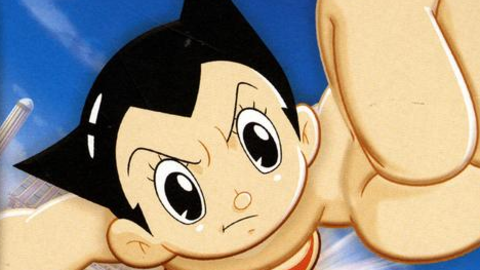 Everyone, regardless of age, simply must own and play Astro Boy: Omega Factor--because it is one of the best action games on the GBA.