Buy Asteroids Hyper 64 if you really, really adore the classic Asteroids, but all others are advised to either rent it or forget about it entirely.

Back in 1979, when the Atari name was synonymous with video games and Nintendo was a little Japanese company no one really knew about, a simple yet addictive shooter hit arcades, riding the wave that Space Invaders had started the previous year. That shooter was Asteroids. At the time, it represented the height of design and gameplay - a basic concept with straightforward execution and a very addictive quality. The player controlled a small, triangular ship that shot little white bullets at massive vector shapes that represented asteroids. In retrospect, Asteroids' formula seems extremely basic and straightforward - so straightforward that many of us who enjoy the current crop of games may find the Asteroids formula a bit drab and mundane. Asteroids Hyper 64 does little to deviate from the original's formula. As a result, the game comes off as the same old Asteroids, albeit dressed up quite nicely.

You need only look at the PlayStation's Greatest Hits line to see that retooled classics are big money makers for publishers and developers alike. Hasbro's Frogger, as well as Midway and Namco classics compilations, have sold at a brisk pace and have proven that classic games can still sell. The popularity of retooled classic games was obviously not lost on Syrox, Crave, and Activision, as the trio has brought Asteroids to the N64 in not-so-splendid 64-bit glory.

Graphically, Asteroids Hyper 64 looks respectable. The backdrops for the game consist of different space scenes - complete with planets, meteor belts, stars, and gas clouds. Unfortunately, most of the asteroids you've got to destroy are dark in color, so the dark space-themed backdrops often obscure said asteroids when they've been blown from full-size into little bits. This means collisions galore and numerous cries of "What hit me?!" The various asteroids, enemy ships, and power-ups all look incredibly uninspired and yawn inducing.

As for the music, there really isn't any. There's one bizarre track that plays at the main menu, but there is absolutely no in-game music. All you hear are the high-pitched blip sounds of your ship firing at asteroids, generic explosion sounds, and some miscellaneous sounds when you acquire various power-ups. Again, this is very uninspired and seems to show a clear lack of effort on the part of developer Syrox. It's possible Syrox didn't feel that any in-game music was necessary, but it would've helped break up the monotony that is the gameplay.

Speaking of gameplay, as you've probably ascertained at this point, there are no significant differences between Asteroids Hyper 64's gameplay and that of the classic Asteroids we all know and some of us love. Asteroids Hyper 64 contains a slew of additions to the tried and true original - all of which are extremely superfluous. There are new types of asteroids to blow up, space debris, flaming comets, and a multitude of enemy ships to contend with. Nevertheless, you still only move about a small area, and all you do is shoot, shoot, and shoot some more. As for new weapons, there are homing missiles, mines, a defense satellite (known as a GunSat), and a spinning laser attack (called Armageddon). Six different zones, each of which contains quite a few stages, are included as well. The stages are ultimately no more than words on the screen since all advancing from one stage to the next entails is destroying everything. So, if you're on stage one in zone one and you blow everything up, a brownish hole will appear in the middle of the screen and swallow up your ship. That's it. There were more interesting tweaks to the classic Asteroids formula in the 1987 pseudosequel, Blasteroids. For those die-hard Asteroids junkies out there, the classic version of Asteroids has been included as a hidden bonus. Simply destroy the green object on the 15th level of the first zone and voila, you can play classic Asteroids.

Unless you really, really love Asteroids you'd probably do best by passing Asteroids Hyper 64 up and spending your money on something a little less average. It's not that there's anything glaringly wrong with the game, it's just that it doesn't add enough in the way of substantive features to make it a worthwhile purchase. The other factor that really works against it is that the extremely basic Asteroids formula hasn't aged too well. The days when mashing one button and flying around in circles was entertaining have gone and likely won't return. Buy Asteroids Hyper 64 if you really, really adore the classic Asteroids, but all others are advised to either rent it or forget about it entirely. 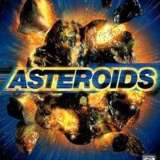