In spite of some nagging issues, this 2D platformer is fun to play and captures the spirit of the series.

It's hard to imagine how the freestyle climbing and satisfying stealth kills of the Assassin's Creed series could be successfully translated into a 2D platformer, yet developer Griptonite has done exactly that. Fantastic animations and fast-paced running and leaping make Discovery both fun to watch and fun to play, and familiar visual and audio touches will make franchise fans feel right at home. Nevertheless, Ezio's first handheld adventure is somewhat of a missed opportunity. The last few levels are stale rather than stimulating, and the story fades away just when things start to get interesting. But even if Discovery isn't all it could have been, its enjoyable mix of sneaking, jumping, and dramatic kills is entertaining for the few hours that it lasts.

The most essential difference between Discovery and its cousins is that while every game in the franchise has thus far been rendered in 3D, this one sticks to two dimensions. Given the troubles apparent in the other handheld Assassin's Creed games, this was a smart move. Rather than being shoehorned as is onto a platform that can't replicate them properly, the series' signature features have been rearranged to suit the DS, and the results are solid. Ezio still leaps fluidly and scales tall towers, and in a nod to Sonic the Hedgehog, he picks up speed as he runs, which enables him to leap across wider chasms. Unfortunately, the snappy platforming takes a back seat to stealth and combat in the second half of the game, but there are multiple chances for you to build up speed and zoom across the rooftops in the earlier levels. As long as you don't mistime your jumps and plummet to your death (or leap onto a lower ledge and have to do the sequence all over again), there's a bit of sprightly fun to be had as you sprint your way toward the next objective.

Assassin's Creed's combat mechanics have also been faithfully interpreted. If an enemy's back is turned toward you, you can slink up and assassinate him in a single move. The camera zooms in, Ezio plunges his blade into his foe, and the victim slips to the ground. When face-to-face with your target, you can slash, block, and counter. Standard attacks don't feel quite right; you can't string your swings together into combos, and Ezio appears to sheathe his sword after every swipe. But timing-based counterkills are enormously satisfying and are treated with the same cinematic flair as stealth kills. The satisfaction is almost entirely due to the terrific animations that accompany these deadly moves. Not only do they resemble those seen in Discovery's console counterparts, but they're fantastically slick on their own terms. Watching Ezio leap onto an archer during a high-profile assassination or plunge his sword into a Templar during a well-timed counter is always a treat.

Levels come in three different flavors: regular, speed, and stealth. You may complete regular missions in any way you like, taking enemies straight on, climbing around them, or sneaking up on them for a silent kill. In speed missions, you have limited time to get from one location to another, so it's best to avoid encounters altogether. (Not to mention, you're often besieged by a flurry of arrows as you rush to your destination). Stealth missions limit the number of times you can be caught, forcing you to sneak about to the best of your abilities. The mission types offer a nice variety, but the levels themselves weren't built with the greatest care. You'll make blind jumps from time to time, sometimes landing in a cartful of hay you didn't know was there; you'll pull levers but the game won't show you what door the lever just opened; and some stealth missions feature speed-run portions that seem out of place, given how careful you must be not to get caught. The level design flaws culminate in the final missions, in which you navigate walls and platforms that feel randomly placed, only to pull a lever and backtrack your way through areas you've already seen--and possibly with new foes spawned in them.

The levels would have felt more comfortable if Discovery's minimap were helpful, but the map is essentially enemy radar that reflects only the area immediately around Ezio. Free-running in certain levels would have been a lot more fun with a map that helped you anticipate enemies in your path, and finding the best route to your objectives in the more convoluted levels would have similarly benefited. Yet in spite of some issues with navigation, you'll occasionally perform a sequence of slick moves, often accidentally. You might leap onto a platform just behind a guard and then slide your blade into him before he turns around and becomes aware of your presence. Or perhaps you'll scale a wall and find a guard standing just above you, practically waiting for you to grab him and throw him to his death. Some of these moments occur without planning, but the smooth kills make them extra sweet.

The adventure isn't very long--five hours or so--but it's entertaining while it lasts, partially because it stars Ezio, the charming hero of Assassin's Creed II. The story relies too much on your investment in the franchise's Assassins-versus-Templars construct, but things get more interesting when talk turns to Christopher Columbus and the Spanish monarchs that finance his journey. Impressively, every line of dialogue is voiced, and while not every minor character is voiced as well as Ezio, the full voicing goes a long way toward keeping you interested. Sadly, the story is over just as it gets going, and the credits roll without any real sense of payoff.

In spite of its flaws, Assassin's Creed II: Discovery does a good job of bringing the Assassin's Creed vibe to a handheld platform. The scope is condensed but the spirit remains, thanks to fluid combat animations, familiar sound effects, and little touches, like cowering citizens, that pay homage to the vibrant cities of the console games. It's got its share of quirks, but Discovery is the first right step toward fitting a world of secret assassins and crazy conspiracies in your pocket. 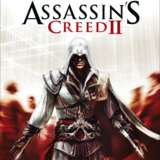