Very few sports struggle to survive the transition from real-life to video game like cricket does. Cricket is perceived as slow and long; some might even call it a little bit boring. Cricket video games have often suffered similar problems, often weighed down by cumbersome, complex controls and glacial pacing when compared to the likes of a FIFA or a Madden. Ashes Cricket suffers some of these inherent problems as well as a few of its own making, but also manages to capture the heart of the game in a way that few have achieved before. Despite some poor presentation and a handful of bugs, fans of the sport will find Ashes Cricket a good way to enjoy the virtual sound of leather on willow.

For those of you not from Commonwealth nations, The Ashes is the name of a series of five, day-long matches held between Australia and England that has been going on for well over a hundred years, and serves as this game's flagship mode, with fully licenced men’s and women’s squads from both nations. If a full test series seems a little intimidating, there’s no shortage of other variants to play. Casual matches are quick and easy to set up, allowing you to get into a Test, 50 over, or 20 over match with total ease. You can go online and play a match with some mates, jump into the nets for some training, or if you want something completely different, you can create your own match type in the match editor, which lets you change up almost every facet of the game to your heart's content. You can even create your own stadium, defining everything from the grandstands and the pavilion, down to the individual roads that lead into the grounds. While I can’t imagine everyone getting a kick out of being able to make their own stadium, it’s great to see this level of customisation offered out of the box.

But when it comes to playing the Ashes series, the emphasis is on the licensed Australian and English teams, who all match their real world likenesses. However, it's on this visual level where Ashes Cricket's flaws start to show. Players lack any kind of nuanced facial animations, so they tend to maintain a steely, thousand-yard stare at all times. Animation quality varies throughout; while core actions like batting, bowling, and some field movements look top notch and smooth, transitions between animations can be problematic. On more than one occasion I had a batsman run out because they took too long to turn around and get their bat back over the crease, something which I had no control over at the time because they were on the opposite end of the wicket. Losing a key player in a moment like this can be not only hugely frustrating, but it can change the face of a match as well. This can also be a problem in the field, where slow animations when chasing down the ball can leave you begging for a little more effort from your players.

Lack of a full license means all the other national teams--any country that’s not Australia or England--as well as club and state teams are sadly filled up with fantasy players instead of their real-life counterparts. However, through the player and team editor modes, the community is encouraged to create their own squads, and this is backed up by the inclusion of a Get Best button which automatically downloads all the highest rated community made players for that team. It’s not as ideal as having fully licensed squads, but it’s one way to creatively circumvent the problem.

The worst part of the lacklustre presentation is the in-game commentary. It is irredeemably bad, to the point where I can only recommend turning it off and saving yourself the pain. When they aren’t busy making incomplete calls, they are making entirely incorrect ones, all while sounding bored out of their minds. What makes everything even worse is the fact that the team is voiced by professional, real-world commentators.

Thankfully, the act of playing the sport in Ashes Cricket is enjoyable. The full career mode lets you create a brand new player and skill them up through the ranks, from club and state/county level cricket all the way up to fighting for international selection. Playing and performing well in matches will reward you with SP, which is spent on raising your player’s skills, and in turn, helps raise your player’s profile and chances of selection for the national team. It’s one of the most engaging game modes thanks to its depth, modelling the full, real-world club/county cricket structure.

How you engage with career matches is also completely up to you. You can choose to take control of the full squad or just your player for each match, which significantly changes how a match plays out based on whether you’re a batter, bowler, or an all-rounder. While controlling a full squad gives you complete control, playing as a single player feels much more focused. A batter will rarely, if ever, have to worry about bowling, so you can elect to skip the fielding portion of the game entirely, taking control only when your player comes onto the pitch to bat their innings. Letting players focus on specific parts of the game works well as a way of keeping play progression moving along steadily, without getting bogged down by the sport's arduous match lengths.

And while the game’s worst moments make an appearance on the field, the parts that do work both feel good and capture the moment-to-moment nature of the sport that makes it so alluring. Controls for batting, bowling, and fielding feel intuitive, save some slight inconsistencies, with two distinct control variations available to pick from: standard or classic. While the standard controls rely more on timing your button presses when batting and bowling, the classic variety instead relies on use of the two thumbsticks to control the action. Classic controls feel just right for batting, giving you the most flexibility, whereas for bowling the standard controls felt more intuitive. You can mix up control styles however you please, but ultimately it doesn’t matter which you choose, because smashing a bowler to the boundary or taking a batsman’s stumps out of the ground with a swinging fastball feels nothing short of fantastic in either mode. Appealing for a wicket is left to the player to handle, though, and the game doesn’t do a great job of communicating this. Caught behinds, lbw’s and run outs all require an appeal and while I enjoyed being able to control this, more automated help could be offered for novice players in this regard.

A lot of the field work is handled semi-automatically, with the closest fielder chasing down the ball on their own, and the player then choosing which end of the wicket to throw the ball too. But the speed and trajectory with which the ball is flung back to the wicket feels inconsistent as sometimes the ball will come back hard and fast, other times it’ll be a harmless lob, despite nailing similar timings on the throw.

But the most enjoyable part of Ashes Cricket is when the ball is smashed towards one of your fielders and time slows down to a crawl, triggering a sequence where you need to quickly move a cursor into a circle then hit the corresponding button to safely take the catch. It puts the emphasis on the tension of the moment instead of relying on an automated fielder. Get it right and you’ll take the catch, but get it wrong and it could cost you dearly. It’s a shame this mechanic doesn’t trigger for catches that go straight down the fielder’s throats, as I like the idea of the player being responsible for the outcomes, but mostly because it looks and feels really good when you get it right.

Ashes Cricket has definitely got its issues; bad commentary, some rough presentation, only two licensed teams and a few bugs. But ultimately they can be shaken off, because the feeling of enjoyment I get when I’m playing Ashes Cricket is palpable. I haven’t played or watched the sport in over 10 years, but sitting down to play here feels intuitive and familiar in a way that’s surprisingly comforting. The batting, bowling and fielding all feel better than they have in any other cricket game before, and the sheer variety of game types and customisation offered makes Ashes Cricket, in spite of its issues, a sports game worthy of your time. 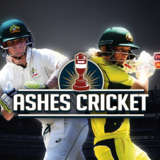 It's been a few years since James Swinbanks opened the bowling for Kincumber Cricket Club, but he still knows his Fine Leg from his Long Off. He played Ashes Cricket for 10 hours with a copy provided by the publisher. 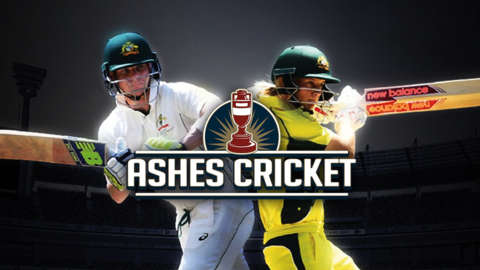 Ashes Cricket is the officially licensed video game of cricket's greatest rivalry. Bringing all the fast-paced action, big hits and skill that you see in the greatest cricket competition on earth, in both a more realistic and authentic way than ever before, you'll be able to bathe your team in glory in the men's and women's 2017/2018 Ashes tours. Courtesy of Big Ant's unique photogrammetry technology, Ashes Cricket presents official photorealistic likenesses for all of the Australian and English men's and women's teams -- it will make you feel like you're right there at the live game. Star Test players have been fully motion-captured and you can choose your own batting or bowling style to make your game your own. Big Ant's most detailed and refined cricket engine to date allows for true 360-degree batting. No two players will play the game the same way!