Bugs and glitches mar an otherwise fair attempt at bringing the gentleman's sport to the PC.

Australia and England's long-standing biennial sporting clash continues, this time in video game form, in Ashes Cricket 2009. While this title marks a reasonable attempt at capturing the look and feel of this gentleman's game, its inconsistent difficulty and bugs make it less of a screamer catch in the deep, and more of a fumble at silly mid-on.

The game is divided into four game types: Ashes offers five-day, five-match tests between Australia and England using the current real-world player roster; Test play features the same five-day matches as Ashes mode but lets you choose from 12 competing nations; One Day International (ODI) is a slimmed-down version of Test cricket with 50 overs of play per team; and 20 Overs, the most recent addition to the sport, provides fast action-oriented play.

While 20 Over games rely on fast scoring and big totals to keep you interested, the slow, calculated pace of Test games are more akin to chess. Ashes Cricket 2009's five-day Test matches give dedicated fans of the sport the opportunity to play out entire games in almost real time and take their team to victory ball-by-ball. Single-player matches against the CPU's unpredictable difficulty are at best challenging and at worst frustrating. Even at the easier difficulty it's not uncommon to get carted around the park for overs at a time while bowling a conservative pitched-up line, or to receive nothing but over after over of yorkers while batting.

The PC version of Ashes Cricket 2009 has cut the enjoyable cooperative and competitive offline multiplayer found in its console counterparts and instead offers only online friendly and ranked matches in the various disciplines. A distinct lack of online players means you might be searching for a while to find a game, but once you do, the experience runs smoothly.

Dependable bowling is key in every game of cricket, and the bowling controls here are as simple to get your head around as placing the cursor indicating your line and length where you want the ball to go and selecting the delivery type to begin your run. Once you hit the crease, you'll need to time a button press on the accuracy meter to determine the usefulness of your bowl. Raising the game difficulty increases the precision required for you to hit the effective part of your accuracy meter as the zone shrinks in size considerably. While the bowling mechanics are simple and you'll be up and rocketing balls down the pitch in no time, there's also subtlety to be found here. Deliveries that swing towards or away from batsmen have different cursor types to the basic straight and slow balls. Since your aiming remains free until the ball leaves your hand, you can start your run with the marker in one place, only to change it up and bowl a completely different type of ball by moving it to a new location and hitting the corresponding delivery button. This becomes particularly useful to try and deceive both AI and multiplayer batsmen, who think they know what to expect and then get a surprise as the ball leaves your hand.

Rotating players during long bowling spells to manage stamina keeps your best and brightest from wearing out, but you'll also need to keep an eye on each player's mental state. Confidence is determined by how well you're striking the ball as a batsman and how well you're bowling and being played as a bowler. Being belted around the park while bowling will take its toll by reducing the number of different types of deliveries in your arsenal that you can throw. Streaks of successive hits raise your confidence level as a batsman, while poorly timed swings will reduce your performance at the crease, making you less likely to strike the ball sweetly.

Batting successfully in Ashes Cricket 2009 relies entirely on nailing your timing. Swinging too early will leave your stumps exposed, while going late will see you edging shots and risking being caught. Since pace varies between bowlers, getting comfortable with timing is a case of getting your eye in by playing at shots once you're in a match. To help you with the basics the game features a celebrity-voiced tutorial mode with Sir Ian "Beefy" Botham and Shane Warne, and while the training tips are useful to help you get used to front and back foot strokes, the pair's soundbytes are wooden and stilted, and the tips are repeated far too often. Once you've completed the basics in the tutorials, you might want to have a crack at the challenge modes included that focus on achieving batting and bowling goals. These include hitting six consecutive sixes, taking five wickets in 10 overs, or bowling Warney's now legendary leg break in the 1993 Ashes series to dismiss Mike Gatting. They're a good break from single- and multiplayer games, but there aren't nearly enough of them included, and they offer little replayability.

It's disappointing then that while batting and bowling are designed to be hands-on experiences--setting custom field placements, charging down short balls, and picking the right foot for the shot--fielding is frustratingly passive. Your only roles here are to nominate which end you want to throw the ball to once your player has eventually picked it up in the field and completing basic quicktime events for catches. Though there's an onscreen dive button present when you bat, there's no equivalent option when fielding, meaning that you're left to watch as the ball trickles across the boundary rope just meters in front of the fieldsman.

It's here in the field that Ashes 2009 really shows off its rough edges. Play often gets called dead much too early, at times even with two batsmen down one end of the wicket and the obvious chance of a run out. Players stand around with the ball in hand rather than making timely returns to the keeper, and dud leg-before-wicket decisions are given even when the ball pitches outside the line and clearly won't go on to hit the stumps. Batsmen make clear calls of "no" even for obvious fours and sixes, and unstopped overthrows can cause the ball to get stuck midair as players path to it and circle with confusion at being unable to pick it up. Licensing of the official Hawk-Eye ball-tracking system is a good inclusion, but its excessive and often irrelevant use, such as after fours and for catches, feels shoehorned in.

Should you find you're only interested in wielding the willow or hanging out in the sun waiting for a catch, and you'd like to skip ahead, each match mode includes a "simulate" function like those found in sports management games. Here you're able to skip ahead an over, an innings, or even an entire match by putting your faith in the hands of the game's artificial intelligence. The outcome is a bit of a lucky dip, and relinquishing control midmatch can result in poor starts turning around as the tail of your batting team wags, but you're just as likely to find yourself on the receiving end of a mid-order collapse. Simulating any aspect of your game forfeits any item unlocks (venues, trophies, or player clothing), or score records you may have earned playing the game normally. It's an inclusion very few players who are interested in the ebb, flow, and strategy of cricket will use, but if you're after instant gratification, you can simply warp ahead to the bits you want to play.

Only the two Ashes teams (Australia and England) are fully licensed, meaning you'll be given rough look-alikes with amusingly creative player names for the other countries. If you're dedicated (or pedantic) enough to take on the squad and player customisation editing tools, then you can rename players, reassign skill points, and adjust visual sliders to set things right for the entire roster. While the licensed Aussie and English players are accurately labelled, many of their in-game character models are a bit off the mark. The similarities are there, but the faces of most players appear stretched and out of proportion compared to their real-world counterparts. Character animations on the field are inconsistent and run the full gamut of natural to extremely jerky. Frame rates remain smooth throughout play and during long stadium panning intro shots, and if your PC can handle it you’re able to crank the graphics settings all the way up to a maximum 1920 x 1200 resolution for sharper visuals.

Player controls in the PC version of Ashes Cricket 2009 mimic those of the Xbox 360 and PS3, but replace analog stick shot selection with the W,A,S, and D buttons. E and Q key presses step to and away from the ball, while each arrow button corresponds to its own bowling delivery or batting stroke. The controls are well within reach without needing to fumble around for speciality buttons as the ball hurtles towards your player, but there’s no option to manually remap buttons for custom configurations should you wish to change where your hands sit on the keyboard.

Many of the sport's iconic cricket venues are available to play on, though like unlicensed players, they appear with pseudonyms. Crowds consist of emotionless clapping blobs of colour, while advertising signs dotted around the boundaries are visible even at long distances and appear pin sharp.

The variety of single-player modes and accessibility of controls make Ashes 2009 an easy game for players with only a passing interest in sports games to pick up. The removal of local multiplayer--one of the console version's strongest features--in the PC game is disappointing, and while ultimately fans of the sport will enjoy this title the most, they'll have to overlook its visuals and gameplay problems. It's good for a hit around the park during the tea break, but this game won't be replacing watching the real Aussies or English players take up the bat and ball anytime soon. 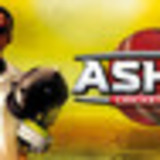 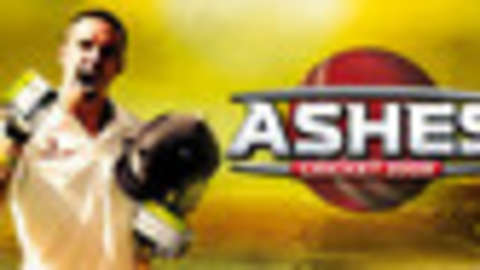 Ashes Cricket 2009 will bring one of the world's great sporting spectacles to your PC.