The huge characters don't make up for the lack of depth or fun in this Street Fighter II wannabe.

Without a doubt, Art of Fighting has the best visuals of any of the 2D fighting games that are currently available for the Wii's Virtual Console service. The scaling effect that zooms the view in and out as the space between the two combatants changes is still mighty impressive today. While the animation is choppy and occasionally tough to watch, the large characters literally fill the screen. You also can't argue with the roughly $9 download fee when the original cartridge cost NeoGeo owners more than $200 back in 1992. It's just a shame that the circa-1991 arcade-quality graphics and "bargain" price don't make up for the fact that the underlying gameplay is nearly devoid of soul.

You've seen countless games like this before. Art of Fighting is your typical Street Fighter II knockoff where you fight one-on-one battles against the CPU or human opponents. Pushing the different buttons lets you unleash various punches, kicks, and special moves. Special moves are limited by a spirit meter that drains as you use them, but the meter is easy enough to replenish by standing still and holding the attack button for a second or two. The problem lies in the combat system or, more to the point, the near lack of one. Each character only has a small handful of basic punches, kicks, and throws, as well as a couple of special attacks. Attacks also don't chain together into combinations, apart from the occasional one-two chain. You'll find yourself repeatedly performing the same punches and fireballs, which gets boring fast regardless of whether you're playing human opponents in the versus mode or working through the eight CPU opponents in the story mode.

For some insane reason, the folks who developed the game also decided to limit your choice of characters in the story mode. If you hook up a second controller and play against your friends, you have eight characters from which to choose. However, if you want to play against the CPU, your only choices are Ryo and Robert (who have roughly the same moves).

If you do decide to download Art of Fighting to your Wii, you can at least rest easy knowing that the emulation is accurate. The graphics are sharp, the audio clarity is excellent, and the overall game speed matches the output of a real NeoGeo AES console. Performing strong attacks may be uncomfortable for you using the standard Wii Remote because of the placement of the A and B buttons. For that reason, you'll want to play using a GameCube controller or a Classic Controller attachment if you don't want to feel arthritic after 10 minutes. Some people have reported that the video output goes black when they try to play the game on a high-definition display with the Wii's video output set to 480i, but many of them have also reported "fixing" the problem by pressing the home button to pause and restart the emulation. Hopefully, D4 and SNK will iron out the kinks in the emulator before they bring the much-improved Art of Fighting 2, as well as other awesome NeoGeo fighting games, to the Wii's Virtual Console service. 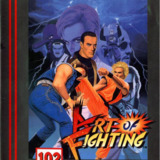 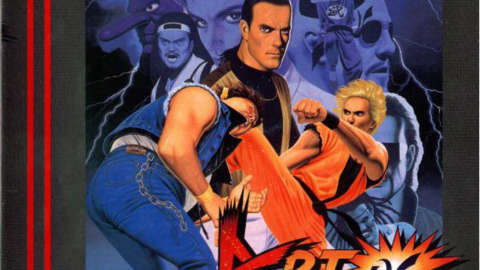 Art of Fighting brought several key new features to the fighting game scene; most notably a "spirit" bar that limited the number of special moves you could perform.