Major Malfunction is an all-too-apt subtitle for this horrible Army Men shooter.

Film buffs remember when the drill sergeant played by R. Lee Ermey in Full Metal Jacket encountered the mentally unstable Private Pyle holding a rifle in the bathroom and yelled, "What is your major malfunction?!" Pyle responded by firing a round right into the drill sergeant's chest. You'll feel about the same way if you make the mistake of buying Army Men: Major Malfunction. This poorly designed shooter, with awkward controls and particularly shoddy sound, comes off as an embarrassing attempt to cash in on a franchise name that wore out its welcome years ago.

The game's plot centers on an enemy officer named, as you might have guessed, Major Malfunction, who has built up an evil empire around the house. Sarge has been sent to investigate but hasn't been heard from in a while. You take the role of a green plastic soldier named Private Anderson and are sent to find Sarge and stop Major Malfunction's nefarious plans. Along the way, you'll pick up a number of different weapons, ranging from rifles to shotguns to bazookas, and fight against other toy soldiers, robots, and emplaced guns.

There are 30 different missions in the game, which is an entirely single-player affair. That sounds like a lot more content than it is though, as you can cruise through most of those missions in about 10 minutes or less. Aside from the odd time-trial affairs (one of which has you sliding down a narrow pipe, like a snowboarder) or arena battles, the missions generally have you moving from point A to point B, blasting everything in your path. The environments, which include different areas of a house, such as the kitchen, basement, and backyard, give a somewhat varied look to the proceedings, but inside of the first hour, Major Malfunction gets very, very dull with its tiny levels and repetitive gameplay.

The game's awkward controls are probably the biggest problem with Major Malfunction. You can't aim your weapon effectively without using the game's auto-aiming function, which is clunky to use as it often doesn't lock on to enemies, even if they're in view. Then, there are the enemies that sometimes dive out of the way to break out of the target lock--reacquiring the same enemy to fire at can be a pain, as pressing the auto-aim button will often lock on to a different enemy. If it was possible to just aim manually with any effectiveness, relying on the auto-aim button wouldn't be a problem, but the even more awkward camera control means this isn't an option. You are afforded some measure of camera control with the right analog stick, but in practice, the camera doesn't stick where you want it to, or even move much of the time. If there are obstructions in the way-- which occurs often in the cramped confines of the levels--you simply can't move the camera around much, if it all. When you do move it, the camera has a tendency to float off slightly from where you want it, as if there are only certain fixed angles you can view your character from.

Despite all the issues with control, Major Malfunction is a fairly easy game. The enemy artificial intelligence is often quite dumb--it's usually possible to get them stuck on some portion of the level geometry as you pop out and shoot them periodically. About the only problems you may have with beating the level come with the level-scripting breaks or just trying to figure out the next objective, which isn't always as obvious as it could be.

There's no salvation to be had in the game's presentation, unfortunately. The graphics are fairly primitive, with lots of clipping issues, chunky-looking models, and very flat texturing, even in the environments. Sound is where Major Malfunction is particularly horrible, as the voice acting in the game is some atrocious mumbling mumbo jumbo. It's not cute or clever sounding like Simlish, either--the "speaking" in the game sounds more like the adults in a Charlie Brown cartoon but worse--it's annoying enough to just about drive you crazy by the end of the second or third mission when you get your briefing. The gun and explosion effects are pretty limp-sounding, too, but at least they don't make you want to play the game with the volume turned down like with the speech.

With its terrible controls and ugly, sometimes embarrassing, presentation, Army Men: Major Malfunction is a game that everyone should avoid. Don't be fooled by the budget price, either--there's little value to be had in playing this game. 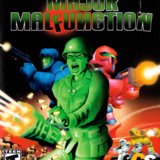 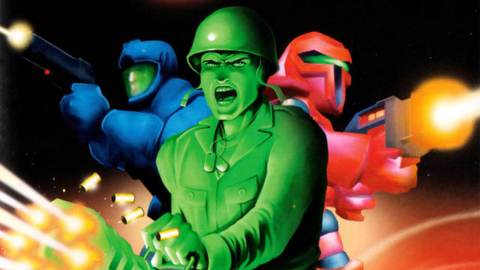