Armored Core 2: Another Age remains a solid, thoroughly playable mech-combat simulator, with enough tools and options to please any fan of the genre.

Another Age, the first Armored Core 2 expansion, was originally supposed to include network play that would make use of the forthcoming PS2 broadband adapter and modem accessories. Sadly, Agetec has decided to release Armored Core 2: Another Age sans the online capabilities, which could have made it one of the most exciting additions to the PS2's repertoire. Instead, Another Age has been released as a stand-alone compilation of 100 new missions, featuring competent two-player modes, as well as a dizzying variety of new and classic armaments and parts, allowing for unprecedented amounts of Armored Core customization.

To improve upon the already solid framework set by Armored Core 2, From Software has taken steps to speed up the action in AC2, optimize the game's graphical capabilities, and has even gone a new direction with its level design. The branching mission tree layout of Armored Core 2: Another Age rewards players with completing all the missions in specific areas of the map, which are ranked in order of difficulty. Many of the missions you will embark upon take place in multilevel areas, where you can access different floors by making use of an elevator or by boosting to the different levels. You'll be challenged to take on many opponents at once, many of which are frighteningly challenging and a pleasure to face. Several opponents onscreen can pelt you with missiles at once, and unlike in previous Armored Core games, the action remains steady with nary an instance of slowdown. The strictly digital controls take some getting used to if you're not already intimately familiar with the series, but once they're mastered, the control scheme allows for easy weapon switching, strafing, flight, and other such commands. Fighting jumping or flying opponents can prove challenging, and rightly so. Armored Core 2: Another Age includes a normal and hard difficulty setting, which some may argue should be renamed to difficult and impossible. The difficulty of the game is a testament to the game's stellar AI, which never fails to surprise with deft maneuvers that are at a nearly human level of unpredictability. Armored Core 2: Another Age satisfies on the audible level as well, with excellent explosion and weaponry sounds, as well as a ton of recorded speech for the mission briefings and in-game radio messages. The techno-inspired menu soundtrack is upbeat and fairly enjoyable.

Fans of the Armored Core series have been known to stare at their screen for hours, tweaking each individual part of their core's configuration to achieve mech perfection. Armored Core 2: Another Age has added 27 new parts to the arsenal, which, when added to Armored Core 2's already varied array of weapon and part options, can be used to build a huge assortment of different cores. Weapons that have served faithfully in previous versions of Armored Core have returned, like the extremely powerful Karasawa. If you have your Armored Core 2 save-game data, you can import this information to start with more credits and parts to play with. You can also change your heads-up display information to include data such as enemies left in the mission, as well as external temperature. Along with the very nifty emblem design tool, which can be used to hand-draw 128x128 bitmaps, these features allow for hours of customizing enjoyment.

Armored Core 2: Another Age also happens to be the strongest multiplayer game in the series. You can participate in single combat, versus missions, where you and a friend take on opposing roles in a scenario, or you can select to cooperate on missions, teaming up against the enemy with different cores at your disposal. Beating the game first also lets you use overweight core configurations during the versus modes, in addition to a few other hidden surprises. Easily the deepest Armored Core game to date, Armored Core 2: Another Age would make an excellent introduction to the series. While for the lack of single-player arena combat and online capabilities are disappointing, Armored Core 2: Another Age remains a solid, thoroughly playable mech-combat simulator, with enough tools and options to please any fan of the genre. 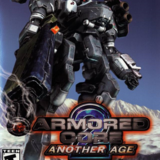 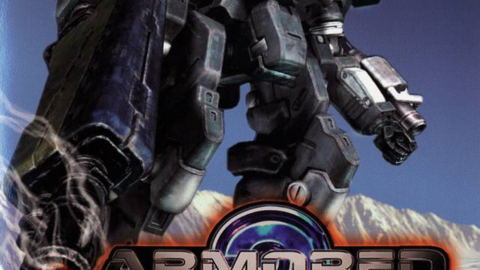 Armored Core 2: Another Age remains a solid, thoroughly playable mech-combat simulator, with enough tools and options to please any fan of the genre.