While Armada isn't for everyone, it is unique, fun, and original.

Armada arrived on store shelves without a lick of good press. Some hailed it as the Dreamcast's worst game, while others mockingly called it "Asteroids RPG" and ignored it. Armada was supposed to be an online multiplayer game. When Sega didn't have the gaming network ready, Metro3D was forced to cut all multiplayer aspects of the game and adapt what it did have into a good game. While Armada isn't for everyone, it is unique, fun, and original.

It is thousands of years in the future, and humanity has scattered its seed among the stars. After thousands of years in isolation, humanity split into six subspecies that mistrusted each other. Seemingly stirred by the warp engines of these new civilizations, swarms of biomechanical entities attacked and decimated the shattered human race. Survivors gathered on Earth and united against the Armada, each bringing a unique philosophical and technological perspective to the table. But is the Armada really "bad?" You select one of the races and begin your quest to save humanity and battle against the Armada.

Armada is a mission-based space opera with many similarities to the PC and 16-bit classics Star Flight and Star Control. Each race's starships have their own strengths and weaknesses - experience bonuses, different weapons, better warp engines, etc. Instead of periodic battles, however, Armada's universe is teeming with things to destroy. Battle is a rather chaotic but strangely enjoyable affair. When looking at the game, the comparison to Asteroids becomes obvious - you turn, thrust, and shoot in a very similar style. In addition to those three Asteroids mainstays, you have power pods, which act as multipurpose sacks of energy. Each pod can be dumped into your shields for temporary invincibility and shield repair or can be thrown in the furnace for a massive Armada-searing explosion. Both uses of the power pods have their place, and it's up to you to use these strategic elements to their best advantage. However, you can avoid battles whenever you please by kicking into warp and simply avoiding them. However, you can't avoid all battles - every ship destroyed nets you a modicum of experience, which, in turn, leads to level-ups. For every four experience levels gained your ship will be upgraded, which is a satisfying visual and play reward. If you come up against an enemy that is too strong for you, then you can simply go somewhere else and level up, upgrade your ship, and try again later. If you want, you can establish trade routes between starbases to make money; you can help distressed carriers get to their destination intact; or you can just explore and kill as many enemies as you can. Armada, as it was originally developed for online play, is the antithesis of the "on rails" concept, constantly generating new ships to rescue, allies, and other mini-events to enhance your bottom line. To encourage this kind of play, Metro3D's designers have made Armada as penalty free as possible. After departing Earth, you will have three lives to spend. When all three lives are gone, you will simply be reborn on Earth. After refueling, you're free to return to whatever you were doing - no loss of money, no loss of experience, and free power pods for all.Despite the attention to action, Armada is by no means a plot-free affair. You advance the story by completing the scripted missions doled out by characters on Earth. Missions are simple in structure but are sometimes harder to execute. Missions usually consist of "go here and destroy this big ship" or "take these items from here to there," the former often requiring some level of character building to complete. In the course of your exploration you will gain access to wormholes, spatial shortcuts to reduce the time it takes to get from one place to another. Still, it's recommended that you take notes to remind yourself of interesting coordinates - some points of interest may not be interesting when you first find them but will be worth exploring at a later point in the game. Armada's story takes a while to get going, but as its revealed after each mission you are given incentive to play. While the mechanics are a tad bit repetitive, the story and reward structure do a good job refreshing your interest. While it may not be online, Armada does support four players on one machine. The experience is largely the same as a one-player game, just with more firepower and support.

Armada is pretty impressive technically. The ship's designs are interesting; the effects are plentiful, and the frame rate is seamless. Even with tons of ships onscreen, Armada never slows down. While Armada does have a natural visual disadvantage of taking place in the void of space, locations such as planets are well modeled and well detailed. Armada's music is light orchestral-sounding background music that does a good job of making the game sound epic and spacey. While the sound effects are pretty repetitive and possibly mixed too high, they do their job well. Additionally, conversations in the game are handled well through digitized speech. They don't drag on like some games' conversations do; they get the point across, and the acting isn't terribly grating, either.

Metro3D is already working on Armada's successor, which will be released whenever Sega gets its online situation ironed out. When playing Armada you can't help but think how cool it would be if it were playable online, but at the same time, you can't help but be impressed that the game is this good without requiring a phone line. 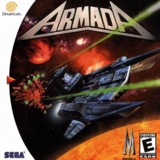 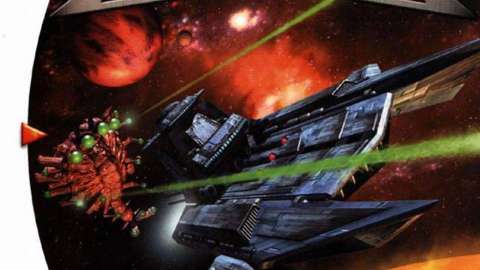 While Armada isn't for everyone, it is unique, fun, and original.