ArchLord can be summed up with two words: "dull" and "repetitive." Unfortunately, this game doesn't have anything to offer massively multiplayer veterans, and if you've been playing these games for a while, there's a good chance you've already found something better than this.

Like other games of this sort, ArchLord lets you create a single character to adventure in a persistent world, fighting monsters and performing quests to gain experience levels and in-game wealth to upgrade your character's items and abilities by purchasing new weapons and armor or new magic spells to cast. Yes, ArchLord is a fantasy-themed game, but it looks and sounds generic. The environments are bland, the character models look rough and blurry and offer hardly any customization options, and the game doesn't sound that great.

You can play as a character from one of three races--orcs, elves, or humans--and play as such professions as hunter or sorcerer. No matter what choice you make, you'll always end up wandering off into the world to find monsters, pounding on them until they die or your character dies. And you keep doing this until you gain an experience level. Then, you go back and do the same thing again, eventually against stronger enemies, but hopefully you're high enough in level to purchase a slightly bigger stick to beat enemies with. If you were making sweeping generalizations, you could arguably make this kind of criticism about most massively multiplayer games to date, but in ArchLord, this boring hack-and-slash combat really is the focus of the game, and it's so bad, you'll notice. Your character's individual power doesn't scale well against monsters, so you'll need to either sit and rest or run back to town for more healing and magic potions more frequently over time, unless you "farm" lower-level monsters that pose little challenge. Considering how many recent games have introduced much more lenient combat systems with minimal downtime, the grind seems outdated as well as tiresome.

So the good news is that every few levels or so, you might qualify for slightly better armor or a slightly stronger magic spell. The bad news is that it's boring to repeatedly kill or be killed by monsters, especially since the monsters, your character, and your weapons tend to make only one sound sample apiece--and they all sound like cheap, public-domain audio files you'd hear on a bad TV cartoon. Considering that your character and the monsters also repeat the same animation over and over again in battle, this might be the best way to describe what a battle in ArchLord looks like--not an epic struggle with a human warrior fighting for his life against a vicious monster, but two cartoon characters repeatedly whacking each other on the head for hours on end. The game's subdued, faux-opera soundtrack doesn't help either; listening to a generic-sounding song with a trilling female vocalist doesn't add much to the experience most of the time, and when it's laid down behind the same two looped sound samples of your character playing whack-a-mole with a giant spider, it's kind of embarrassing.

Unfortunately, this is most of what the game will ever offer for many players. ArchLord was originally billed as a competitive player-versus-player game with the unique twist that one extremely high-level player could ascend to the rank of "ArchLord," the ruler of the in-game world, possessing awesome abilities. Unfortunately, to get anywhere near that level, you absolutely need to belong to a high-ranking guild--a permanent association of players who fight monsters and perform quests together and, in this case, stand in lines for the next shot at the epic quests that lead to the crown. Without that kind of support, you'll take much longer to gain your experience levels and will have to constantly run back to town to purchase healing and magic potions to replenish yourself. You also won't be competitive in player-versus-player combat--unless you have a good group of high-level players to back you up, your character will pretty much be a sitting duck when you wander out into the wild.

Unfortunately, most players may not even see that part of the game because to get to the lofty character level of 50, you'll need to endure hours and hours and hours of grinding away at killing increasingly tough monsters, selling loot, buying potions, and then going out and finding even tougher monsters. It's possible that players who have very little experience with this sort of game might find the treadmill-like game of killing, looting, and buying better stuff to be somewhat addictive, but there are more-compelling, more-enjoyable games out there by now that offer more. Yes, the game has halfhearted quest and crafting systems, but the quest system just gives you some bland missions that boil down to killing monsters or delivering items as one-off tasks that don't seem connected to each other with any kind of context or story, and the crafting system is simplistic and not all that interesting.

What you're left with when playing ArchLord is a whole lot of grinding away, repeatedly fighting off both monsters and the urge to stop playing ArchLord. There are already plenty of other decent massively multiplayer games out there that offer a better experience, and you'd probably be better off playing one of those right now. 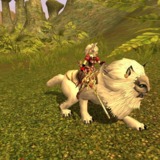 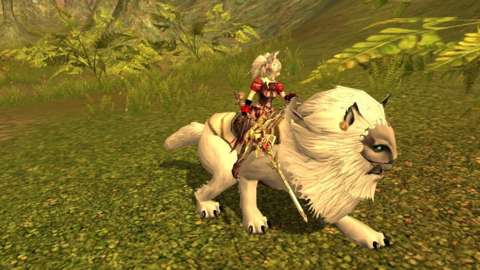 ArchLord is an MMORPG in the world of Chantra, where one player has the ability to become the supreme ruler of all the realm.