Ape Escape is one of the PlayStation's finest development efforts, one that shouldn't be overlooked because of its silly storyline and title.

The 3D platformer has been established for some time now, but only recently has it begun to come of age. Like any game in a popular genre, it has been cloned many times with few successes. Ape Escape excels in precisely what so many 3D platformers lack: innovation and solid design. Don't let Ape Escape's title and story fool you - behind the lame rhyme and kiddy story lies an addictive, innovative action game that fans of the genre would be advised not to miss.

Specter was the cutest monkey at the amusement park until that fateful day - the day he found the P-Point helmet. Once donned by the curious simian, the helmet boosted Specter's intelligence to super-genius levels. Tired of living to amuse spiky-haired locals, Specter sends an army of monkeys into the past to rewrite history and dominate the humans that embarrassed him all his life. Caught in the villain's temporal wake, it's up to Spike to scour Earth's history to capture the primate hordes and, ultimately, Specter himself. While a little on the young side, Ape Escape's story is ultimately pretty clever.

Ape Escape consists of more than 20 huge 3D levels based on a variety of time zones. To clear a level, Spike must capture a set number of monkeys. After filling that quota, you must access the next level. Reaching the monkeys will require you to jump, swim, climb, and fly through a variety of locales and situations. In addition to dexterity, a job like this takes tools... or, in this case, toys. Heading up your arsenal are a time net and a lightsaber-esque stun club. The stun club simply incapacitates the victims long enough to get the net around them, while the netting itself unleashes a cascade of special effects that'll whisk the monkey back to the present. Throughout the course of the game, Spike will collect six additional gadgets. In addition to providing the means of completing future levels, returning to previous levels with new gadgets will allow Spike to capture any monkeys he left behind. The monkeys themselves vary in speed and strength and come equipped with weapons all their own to make their pursuit all the more interesting. In addition to monkeys, each level has specter tokens to collect. Collecting enough tokens will open minigames that exist simply to provide you with more entertainment. The resulting experience is simple to master but addicting nonetheless. "One more monkey" will quickly become "one more level."

While there are plenty of games with a solid concept, it's not every day that a game can actually pull it off in execution. Ape Escape is the only game on the PlayStation that requires a Dual Shock controller and takes full advantage of its buttons and both sticks. While it may sound daunting, Ape Escape's control is beautifully executed, easy to master, and, above all, intuitive, Ape Escape elegantly uses both analog sticks - the left controls your movement and the right controls the gadgets themselves. To make sure you get the hang of things, however, each tool comes with a mandatory training session to interactively instruct you on its uses through actual practice. You can select up to four items for instant use at any given time, greatly reducing annoying inventory selection. The digital directional pad controls camera movement, aided with the left-hand shoulder buttons. Although the camera controls are sometimes frustrating, they are easily among the best in the genre. The only other control issue is a general frustration when controlling Spike underwater. In the end, however, Ape Escape's control is top-notch.

As one might expect from a Sony-backed game, Ape Escape is a sight to behold. Each of the game's huge levels is rife with detail and color. In addition to the beautiful visuals, the game is backed by some strong, brilliant coding - the horizon line is surprisingly far out for a game of this type on the PlayStation while keeping an almost completely slowdown-free frame rate. The playful techno soundtrack is stage-appropriate and mildly interactive - for example, moving stealthily douses some of the music's instruments to give it a mellower flavor. While the game's sound effects are nice, the voice-acting in the game's real-time cinematics is uniformly atrocious.

Ape Escape is one of the PlayStation's finest development efforts, one that shouldn't be overlooked because of its silly storyline and title. Underneath these lies one of the best 3D platformers to date, brimming with innovation, originality and fun. 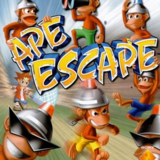 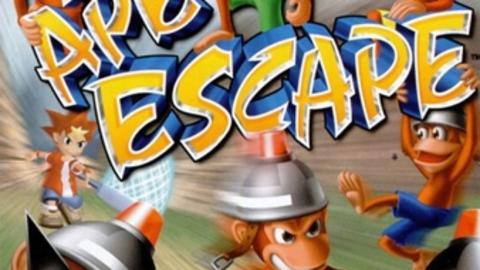 Ape Escape is one of the PlayStation's finest development efforts, one that shouldn't be overlooked because of its silly storyline and title.