Ancients of Ooga is a playful but imperfect puzzle platformer with a difficulty curve that makes it best suited for novice players.

Ancients of Ooga isn't short of ideas--on some counts. By the end of this side-scrolling puzzle platformer, you'll be commanding creatures that can variously fly, breathe fire, conjure floods, slow down time, dive-bomb enemies, emanate toxic stinks, walk on lava, and electrify themselves, not to mention ingest and regurgitate each other. But that wealth of abilities isn't well matched to the game's repetitive cycle of levels and too gentle difficulty curve. Its flaws don't amount to deal breakers, but they do keep it from being anything really special.

You play as the Spirit of Ooga, a caretaker deity that can possess the Oogani: the gawky, multicoloured gremlins that worship you. You must unite the seven Oogani tribes against the bovine Booli who have enslaved them by freeing captives and resurrecting the leaders of the tribes. Cue seven chapters (say, eight or nine hours) of item-gathering, lever-pulling puzzles that are spiced up by your ability to flit between bodies, as well as the themed powers unique to each tribe and its leader. The feathered Flapper tribe can fly, for instance, and the fishy Swimmer tribe can breathe underwater, with their respective chieftains able to call up winds and floods.

The Oogani can eat a variety of food and nonfood items, including each other, with separate commands for chewing and swallowing. Chewing merely stores an item, presumably in the creature's Tardis-like cheek pouches, and coupled with a puking command, these mechanics form a basic inventory system. The latter can induce special effects; swallowing a hover bean, for example, temporarily levitates your Oogani. Usefulness aside, the eating and puking is a cornerstone of the game's mischievous humour, which is entertaining, if not riotously funny throughout. Still, the younger players for whom the game appears to be tailored might get a more consistent kick out of puking up a stream of chickens, rocks, slugs, and buddies.

Each of the seven chapters--split into bite-sized levels--has you release captive Oogani from cages, gather together their tribe, and revive their dead chief with a ritual bonfire (read: item hunt). Then, playing as the resurrected chief, you exterminate a map's worth of Booli enemies. It's a cycle that serves the game's premise well enough but doesn't add much challenge with each iteration or build up to a sufficiently epic finale. Navigating the levels demands you open gates by variously pulling levers, weighting pressure pads, or delivering items to sacrificial altars, as well as using the Oogani's special abilities. Some can walk through lava, some are immune to poison plants or spiky thorns, and some can swim faster or jump higher. These special abilities are introduced gradually, tribe by tribe, but once you've acquired the full and diverse set of Oogani powers, it's a great shame the game's puzzles don't get much more taxing. They don't generally ask you to use more than a couple of powers to get past an obstacle; for example, you may perhaps be asked to switch between two different Oogani on either side of a locked gate.

This ability to switch between Oogani on the fly--to nip around the level in ghost form to possess a different body, combined with the game's seven tribes--could have paved the way for some tricky, clever puzzles. But even the number of potential hosts for your spirit self is limited. You generally begin a level with just one controllable character and pick up a handful more as you spring them from Booli imprisonment. The gentle difficulty curve might be intended to keep things accessible for less-skilled players, but that doesn't make it any more satisfying for the more experienced players.

The environments are brightly coloured and boldly rendered. They're not especially imaginative--there's a lava level, a rocky level, a jungle level--but they fit their purpose. The Oogani themselves, on the other hand, are so deliberately wacky that their tongue-waggling, head-banging, belly-wiggling looping static animations in particular verge on off-putting.

The platforming itself is brisk, mostly fun, and always forgiving. There's no fall damage, rarely any split-second timing, and no real penalty for dying; you respawn instantly, close to your place of death and with all your items at hand. In places, some of the bouncy, exaggerated animations combine with imprecise controls to frustrating effect. When the warrior tribe gains the ability to run faster and jump higher, for instance, it's all too easy to charge off a ledge to your death. Tighter controls would make the diverse tribal abilities feel more skilful and less chaotic, but the flying and dive-bombing is enjoyable all the same. There's a split-screen local cooperative mode in which you simply share the objectives with a partner, which is perfect for working through the story with a less-skilled player. You might run into a smidgen of split-screen slowdown, but the game's multicharacter, body-swapping arrangement lends itself well to two-player collaboration.

With some nice but underexploited ideas and without any truly tricky puzzles to overcome, Ancients of Ooga is no more or less than a fun and simple puzzle-based platformer. At eight or nine hours per play-through, it's a good-value download, with moderate replayability supplied by collectables (bones and edible items). The minor difficulty progression and cartoony humour make it best suited to younger players. Consider checking it out in a dry spell of must-have downloads and indie sleepers--just don't go ahead and cancel your weekend plans for it. 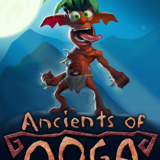 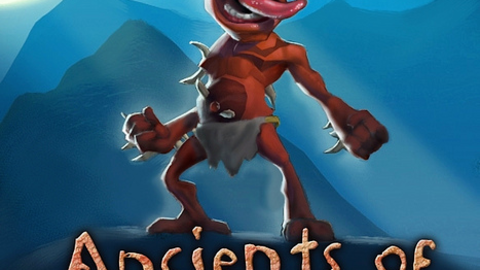 From the creators of Cloning Clyde comes a new epic adventure, Ancients of Ooga!