Anarchy Reigns' tight combat and over-the-top action are brilliant in places, but tiresome in others.

It's not every day that you're forced to fight a squid to death, let alone one with vicious, electrified tentacles and a penchant for chewing on aircraft carriers. Nor is it every day that you see said squid get sawn in half by a loud-mouthed pimp, or its squelchy offspring squished into bloody black ink by a man with a rusty chainsaw for an arm. But then, this isn't your typical game. As brawlers go, Anarchy Reigns is certifiably insane--and that is most certainly a good thing. Its ability to combine kooky characters and bizarre situations with a thoroughly satisfying combat system is an admirable achievement, and an entertaining one at that. Unfortunately, the story is poorly told and doesn't make a whole lot of sense. And there are several frustrating, repetitive missions to play through, not to mention some iffy multiplayer modes. But when Anarchy Reigns hits its stride, the combo-fuelled fighting is messy, gory fun.

Technically, Anarchy Reigns continues the story of Jack Cayman, the sadistic frontman of the Wii-exclusive Madworld. But with the exception of a few subtle nods to its spiritual predecessor, there's little to be missed by jumping straight into the action--the story won't make much sense either way. This is the tale of Cayman and fellow protagonist Leonhardt "Leo" Victorion, who are hunting down a fugitive named Maximillian Caxton. Caxton, it seems, has gone insane and has begun using his cybernetically enhanced body to start exacting bloody murder on innocent citizens, one of whom happens to be Cayman's daughter. Cue a few cheesy, emotionally charged flashback scenes, a barrage of forgettable character introductions, and some gibberish about a power-hungry law enforcement group, and you've got yourself a plot.

It's a confusing collection of nonsense, partly because little, if anything, is explained thoroughly enough for you to follow, and partly because the characters spout dialogue that's about as thoughtful as a Christmas card on Valentine's Day, and no less idiotic. Even the deeply sinister Russian overtones of Nikolai Bulygin and the humorous jive of the Black Baron aren't enough to save it. Still, in Anarchy Reigns the plot serves the gameplay, not the other way around, and in that respect it succeeds in pushing you around from one fight to the next with little fuss.

And boy is there a lot of fighting to be done in Anarchy Reigns--so much, in fact, that it can get a little repetitive after a while. Thankfully, the third-person combat system makes punching, kicking, and performing gruesome, bloody combos entertaining enough to stave off much of the creeping apathy. Part of that comes from its simplicity. There are just two types of attacks for you to use--normal and heavy--with another button allowing you to block. Combining the three by varying your button presses creates all sorts of interesting combos, where Cayman swings, kicks, and uppercuts his opponents, turning them into a bloody mess. A subtle pause between each attack lets you know when to unleash the next and gives the combat a fluid feel. Nailing the timing to perform combos can be tricky, particularly as none of the commands are listed anywhere, but it's so satisfying once you do and Cayman lays waste to a group of enemies with a series of brutal smashes.

You can spice up your combos by using jumps--which let you unleash uppercuts and ground smashes that are useful for breaking up groups of enemies--or by using Cayman's chainsaw, which saws smaller enemies in half and takes huge chunks of energy off larger ones. It's linked to a special attack bar at the bottom of the screen that lets you get four blows out before it depletes, after which you have to resort to normal attacks to fill it back up again. The chainsaw is a requisite for defeating the larger, more aggressive enemies, such as rampaging mutants and giant, hammer-swinging goons. Thanks to the smooth combo system, adding the chainsaw into your regular attacks soon becomes second nature, while grisly visuals and guttural sounds make using it satisfying.

Anarchy Reigns' missions spread that grisly fighting out over several hub-levels, on which are located missions for you to complete and various creatures for you to battle. A short day and night cycle keeps you on your toes, with weaker enemies roaming around in packs during the day and stronger ones coming out at night. It's a neat way of letting you know that bigger, more difficult enemies are on the way, which gives you a chance to run away and dive straight into a mission to avoid being mauled. The missions themselves are, on the whole, well thought out. Some have you trying to kill 100 bad guys against the clock; others have you fighting cyborgs with devastating energy weapons on rooftops; while still others have you slaughtering mutants by lopping their heads off with Cayman's chainsaw. There are more offbeat missions to play through too, including one that has you piloting a flamethrowing vehicle around an impromptu circuit, gleefully incinerating anything in your path.

Outside of missions a counter at the top of the screen shows how many enemies you've managed to kill while roaming the hub-level, with bonuses and power-ups on offer for reaching more than 100. There are also plenty of points to accumulate, with bonuses available for combo kills or particularly gruesome ones, which unlock further missions on the map that reward you with more points and more missions. Despite the hub-world setting, missions are unlocked one at a time in a linear fashion, though you can go back and replay certain ones if you're short on points or want to increase your high score and nab a platinum medal. And don't think for a second that those hub-levels are particularly big either; the maps are very small, and apart from a few hidden power-ups to find, there's little to explore and discover.

Tacked onto the tail end of each world is a boss battle, which helps to break up the action, but some work better than others. One-on-one battles fare the worst, and you can often beat opponents just by hammering a few buttons. Better are the larger-scale battles, such as the fight against the tentacle-waving kraken, which has you throwing slabs of concrete into its gaping mouth, sawing through its electrified tentacles, and crawling up its face to pound its eye into a mushy mess. The variety of things to do certainly helps make fights more interesting, but it's still not all that challenging; even the final battle can be whizzed through with relatively little effort.

If you're after more of a challenge, then Anarchy Reigns offers a range of competitive multiplayer modes to battle through. Unfortunately, you have to play through the single-player or level up in the multiplayer to unlock extra characters, which is annoying if you just want to jump straight into a fight with your favourite character, but at the very least, all the moves and specials are unlocked from the start. They're spread in a classical way, with more sprightly characters dealing less damage, and larger, slower ones dealing more. The learning curve online is steep. With more experienced players having already learnt the intricacies of the combat, more often than not your first few fights result in a quick, shameful death.

Stick with it, though, and it soon begins to click. Those little pauses between hits are the perfect opportunity to launch some moves of your own, and identifying the weak spots in an opponent's attack proves to be an addictive process. In one-on-one battles, fights stick with that strategic mechanism, with you and your opponent exchanging well-timed combos and blocks to the death. Things change dramatically when more players get involved, in modes like team deathmatch, tag deathmatch, and capture the flag. Up to 16 players can get together for a mass brawl, and combat gets very chaotic, very quickly. Sometimes it's wonderful: the sheer chaos of it all is something to behold as scrap cars and explosive barrels are flung toward you, exploding against the ground while rival players are slammed into walls en masse.

At other times the chaos gets in the way of battling. It's particularly annoying when you're in the middle of a great combo, only to have a rival player whack you from behind or lift you up in an unbreakable grab and end it. The fluidity of the combat is lost when so many players are involved, making playing on smaller maps and in smaller teams of two much more enjoyable. A levelling system that goes all the way up to 50 tries to encourage continued play, but with health bars remaining static and a glacial rate of progress, there's little joy to levelling up.

In attempting to meld first-person-shooter-like modes with classic brawling, Anarchy Reigns' multiplayer doesn't succeed in delivering the best of either. The visuals, too, lack that Platinum Games charm: characters look like generic, muscular video game guys, or overtly sexualised females, while the environments often repeat textures and seem to be hidden behind a wall of blurry Vaseline. Where the game succeeds, then, is in its silky combat system, but only when it's put to use in the right way. There are moments of brilliance in smaller online battles or in some of the single-player's set pieces, where it all seems to click and the gory combat becomes so enjoyable. Anarchy Reigns might not hit those highs often enough to be truly great, but it's different enough and crazy enough for a chainsaw-fuelled rumble or two. 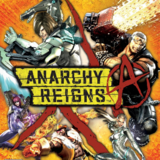 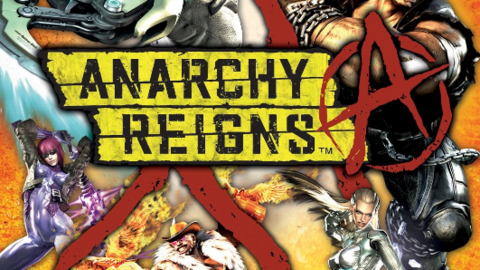