The online role-playing game known as Anarchy Online originally launched in 2001, and like in other, similar games before it, players could create a persistent character by choosing from a number of different races and professions, then go off to explore a huge online world with other like-minded players. The game distinguished itself with its futuristic sci-fi world of gun-toting technologists and mystics, and also with severe technical problems that were later resolved. The new expansion pack, Shadowlands, adds a huge amount of new content to the game in the form of an entirely new realm to explore, along with two brand-new character professions, an all-new character development system, and loads of new quests to undertake that further develop the game's unusual sci-fi setting. While it's still extremely complicated, Shadowlands adds a tremendous amount of intriguing new content that helps make Anarchy Online much more worthwhile.

The new expansion pack adds an entirely new realm to Anarchy Online's futuristic world of Rubi-Ka: the titular Shadowlands, a huge nether realm inspired by Dante Alighieri's The Divine Comedy. The Shadowlands are a vast realm bordered by the huge floating city of Jobe, which acts as an entry point into the new area for both new and returning players, as well as the site of the expansion's all-new player dwellings--luxurious penthouse apartments where you and your online friends can role-play as lounging socialites, if you're into that kind of thing. Once you leave Jobe, you'll be able to explore progressively more-challenging areas by solving key quests related to two ancient factions--the peaceful, nature-loving redeemed and the evil, technology-focused unredeemed--which correspond roughly to Anarchy Online's original factions of clan and Omni-Tek.

Each of Anarchy Online's new areas is home to lots of new quests, as well as plenty of other things to do and see. The Shadowlands are home to an entirely new set of monsters, including monsters native to each segment of the Shadowlands, monsters native to the redeemed and unredeemed factions, and monsters that belong to the brink--the mysterious and sinister nothingness that has begun to encroach upon the edges of the realm. You'll find plenty of new monsters to hack and slash your way through in these different areas, as well as static dungeon areas with more-challenging opponents, plus temples to the ethereal spirits of the redeemed and the unredeemed, which act as safe havens for players of the same alignment and as hostile camps of powerful enemies for those of opposing alignment. If that weren't enough, you can even create your own monsters by carrying around their component DNA parts with your character, then infusing these formulas with life by using the realm's veins of notum--the precious resource over which the warring factions are fighting. Interestingly, exploring the Shadowlands is a more-focused and more-linear experience than the free-form exploration typically associated with Anarchy Online and similar games, since you must solve quests to advance into the increasingly inhospitable regions of the realm.

You can do so either with your existing characters or with one of the expansion's two new classes, the shade and the keeper, each of which is interesting and viable in its own right. Shades are unorthodox, offense-oriented characters that wear mystical tattoos in place of armor, while keepers concentrate on defense and group tactics by using their nanoformulas to augment their teammates' abilities. Like in the original game, in Shadowlands, all characters have the ability to use profession-specific nanoformulas, Anarchy Online's equivalent of magic spells. However, the expansion also offers an all-new character development feature: perks. These are special abilities that are earned with every 10th experience level and that let you train your characters in certain skills in addition to their standard ones. This new system lets you further distinguish your characters from those of other players, and some of them are extremely useful when adventuring with other players in groups.

If any part of what you've read above sounds very complex, that's because it is. While Shadowlands offers a tenacious tip system that insists on explaining everything you do as you do it, unless new players read every single tip and spend a lot of time reading the on-disc starter's guide and the game's community message boards, there's a good chance that beginners will still find Shadowlands to be very complicated, even overwhelming. Fortunately, these beginners won't be alone; like the original game, Shadowlands features multiple chat channels, including a new beginner's chat channel that low-level beginners can use to ask for help. However, unless you've been playing the game for quite some time, you can expect to get lost at some point in deciding how to specialize your character's perks or how to complete certain quests.

You might expect a highly complex online RPG like Shadowlands to be accompanied by a huge, sprawling world. You'd be right. The expansion pack's new areas are absolutely enormous. The distinct absence of creatures and interesting scenery in some parts of these areas is rather obvious as you run through them, as is the annoying possibility of falling off the edge in some areas to land in some random part of Rubi-Ka. However, many other parts of Shadowlands' areas are populated by all-new creatures and characters that give quests, and many of the expansion's new environments are nothing less than inspired. You can expect to see highly varied, and in some cases, extremely beautiful and colorful, outdoor vistas, as well as enormous dungeons composed of highly detailed architecture with a futuristic theme. It's somewhat unfortunate, then, that Shadowlands did not update its character models; while Anarchy Online's characters were the best-looking online RPG characters around in 2001, they haven't aged all that gracefully, even though the expansion adds even more unusual and creative character faces to each race for you to choose from when creating a new character, as well as a huge variety of new weapons and items that appear on your character's person when equipped.

But Anarchy Online continues to sound great; though many of the game's voice samples and audio effects remain unchanged, Shadowlands introduces a new set of sound samples for its various monsters, as well as an all-new musical score that seems extremely appropriate for the game's setting and blends well with the original game's music.

The new expansion doesn't improve Anarchy Online's character models or make its gameplay much more streamlined for newcomers. However, Shadowlands adds a huge amount of great new content in the form of all-new quests and a vast new world to explore, making Anarchy Online the best it has ever been. Whether you've played the game or not, you'll find that Shadowlands has a lot to offer, and it's a stand-alone game that comes complete with the original Anarchy Online. If you quit Anarchy Online a long time ago and have considered returning to the game, Shadowlands will make it worth your while. If you've never played Anarchy Online, aren't afraid to go through a bit of a learning curve, and you're interested by the game's far-flung futuristic premise, you should definitely give it a try. 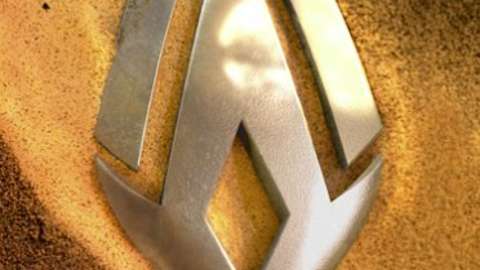 If it can conquer its technical problems, Anarchy Online will be the very best online role-playing game around.