While Amped: Freestyle Snowboarding is visually impressive and loaded with options, its technical merits are drastically undermined by its shoddy gameplay.

In the days of yore, snowboarding games were a niche genre that was traditionally only filled after the skateboarding, BMX, motocross, and other extreme sports games had already been released. But with the rising popularity of extreme sports in North America, snowboarding games have become almost as important as 3D platformers and action games to a console's success. As proof of this shift in popularity, Xbox owners have the choice of no less than three snowboarding games in the console's first two months of existence. Amped: Freestyle Snowboarding is Microsoft's take on the sport, and while it's an ambitious game filled with options real snowboarders will love, its fundamentally flawed gameplay drastically limits its appeal.

If you've ever known a real snowboarder with dreams of one day reaching the pro circuit, you'll find Amped to be the most accurate representation of the behind-the-scenes aspect of the sport yet. The career mode is where most will spend the majority of time playing the game, and it accurately mimics what it's like to try and bust onto the pro tour. You begin by selecting a rider, customizing him or her with licensed gear, and hitting the slopes. Real-world resorts such as Brighton and Stratton are split up into several runs each. For each run, you must achieve three high scores, obtain a set number of points by doing tricks off of hits marked with a camera, and out-trick a specific pro on whatever obstacles he or she chooses. Interspersed between these requirements are sponsor runs where you must impress a prospective sponsor by performing a specific type of trick that they're fond of. This aspect of the game in particular truly mirrors what it's like for the average weekend warrior to try and gain support from sponsors. If you impress the prospective sponsor or accomplish other goals in the career mode, new boards, clothes, goggles, boots, mountains, and more will be unlocked. In addition to the rather in-depth career mode, there's also a stripped-down multiplayer mode to play. There are several different multiplayer options to enjoy such as king of the hill, high score, and best trick. But with no split-screen multiplayer support, you have to take turns playing, which somewhat defeats the purpose of a multiplayer mode.

While the structure of the career mode in Amped is second to none where snowboarding games are concerned, the tragically flawed gameplay makes it relatively insignificant. Although you may customize the control scheme, the default setup has steering, spins, and flips mapped to the left analog stick, grabs controlled by the right analog stick, and grinds mapped to the B button. The scheme works well the majority of the time, but using the same analog stick to turn, flip, and spin can make things difficult. If you're looking to spin a trick, you have to wait until you leave a hit before beginning to spin, which decreases the number of rotations you can make per trick significantly. The sooner you begin spinning after launching into the air, the faster you will spin, but getting the timing down is extremely difficult, so many times you won't make the full rotation before landing and bailing. This problem holds true for flips as well, and many times you'll end up going off a jump at an awkward angle if you try to spin or flip too early. The lack of an ability to adjust your rider in midair only compounds the problem.

Another glaring issue is the inability to begin going downhill after falling. Many times you'll fall and it will take well over 10 seconds to get moving in the right direction again. It doesn't necessarily affect your score, as there are no time limits on the runs and you can return to the courses at any time by pressing the back button, but it's incredibly annoying nevertheless. The physics for the game could also use some tweaking. The edges of each board react completely unrealistically to your turns, and it's far too easy to lose speed when lining up for a jump. This problem becomes obvious when you're attempting to work a half-pipe and are unable to maintain speed or when you're trying to cut across the hill to boost off a jump. For a snowboarding game that provides a relatively laid-back experience, the inability to accurately carve defeats the design's purpose. But perhaps the biggest problem with Amped's gameplay is its difficulty. Because there is no time limit, you can simply jump on a pole with no speed and perform grind after grind until you've accumulated enough points to move on to the next course. Amped has all the prerequisite parts to make a great-playing snowboarding game, but their flawed execution results in a game that is frustrating at times and too easy at others.

One aspect of Amped that largely lives up to expectations is its graphics. The runs are short but incredibly broad, and the draw distance stretches on as far as the eye can see. There are nice details such as clothes that rattle in the wind, a fully bump-mapped snow surface, and huge rooster tails of snow that kick up from carving boarders. Particle effects are also put to good use to show snow flying off the tips of your board as you become airborne. The real-time lighting is what truly brings Amped to life, however. Your rider's shadow will realistically stretch along the terrain, and he or she will even cast shadows on his or her own body. The environmental effects such as fogging and falling snow are also convincing and are used to differentiate different runs on the same hill. Most of the hills in Amped look nearly identical to one another with the same objects simply placed in different spots, but that's to be expected from a snowboarding game. Snowboarders who have actually ridden the mountains included in the game will find that they're not overly accurate, but most will not find this to be a problem. One issue with the course design is that it's often hard to find lines that lead you from one obstacle to the next. This results in lots of downtime looking for the next trick opportunity. Another sore spot is the animation. The trick variety is distinctively lacking when compared with the animation in games like SSX Tricky, and the moves that are included animate rather slowly--making it hard to perform multiple tricks off of each hit. Amped would have also benefited from antialiasing, as many of the edges in the game appear a bit jagged and the background bitmaps have a tendency to flicker at times. Amped is one sharp-looking snowboarding game, but when compared with other Xbox games like Halo or Dead or Alive 3, it falls decidedly short.

Microsoft has touted the virtues of the Xbox's hard drive since the console was announced, but few games have actually taken advantage of the feature, with the exception of the ability to save games. While Amped features an impressive list of 150 punk, ska, and alternative tracks in its soundtrack, it also allows you to create your own soundtrack by saving songs from your favorite CDs to the hard drive. This feature is especially effective because the tracks do not end when you switch from the gameplay to the menus, so it's entirely possible to listen to each track from beginning to end. Making the feature all the more impressive is a button that can be pushed to skip particular tracks that grate on your nerves. As impressive as this feature is, the sound effects are even better. Every last photographer and rival boarder on the hill has something to say when you ride by, and they rarely, if ever, repeat themselves. The sound of the board cutting across varied surfaces is also convincing and helps make Amped's sound the best yet in an Xbox game.

While Amped: Freestyle Snowboarding is visually impressive and loaded with options, its technical merits are drastically undermined by its shoddy gameplay. The physics system is awful, performing tricks is more difficult than it needs to be, and the laid-back pace of the game will not appeal to the average player. Amped looks like a product that has been rushed to market and a few extra months in the cooker could have paid big dividends. But as it is, it's hard to recommend it over the competition. If you're looking for a snowboarding game for your Xbox, hold off on Amped and look out for SSX Tricky next month.

View Comments (0)
Back To Top
6.7
Fair
About GameSpot Reviews 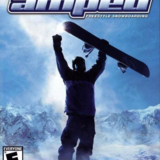 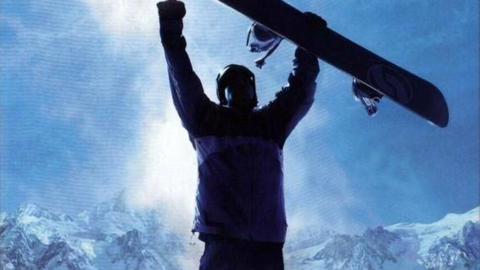 While Amped: Freestyle Snowboarding is visually impressive and loaded with options, its technical merits are drastically undermined by its shoddy gameplay.