You may be familiar with the Cossacks games from developer GSC Gameworld--they're real-time strategy games reminiscent of the Age of Empires series but set in 17th- and 18th-century Europe, featuring large battles with thousands of individual soldiers. Take a glance at American Conquest, and you may think that it's just the same as Cossacks, since it uses a similar game engine. Yet though American Conquest does emphasize large-scale strategic combat and formations like Cossacks does, the new game takes place in the New World, and it also features numerous gameplay improvements and general enhancements that make the game much more enjoyable to play than Cossacks. It's also a great real-time strategy game in its own right.

American Conquest takes place during the European colonization of North America between the 15th and 18th centuries. The single-player portion of the game contains numerous campaigns and scenarios that follow important events during this time span. You'll take part in Columbus' expeditions, the Conquistadors' conquest of the continent, The French and Indian War, Tecumseh's uprising, and the American Revolution. Often, you'll play on both sides of a conflict; for instance, in one campaign, you'll play as the British, and you must quell the American colonial rebellion, while in the following campaign, you'll play as the colonists and fight against the British.

Just like Cossacks, American Conquest has lots of playable factions. Besides the aforementioned British and American colonists (who are anachronistically referred to as the "USA" in the game), you'll also get to play as Spain, France, and many different Native American tribes, such as the Iroquois, Delaware, Sioux, Pueblo, Mayan, Aztec, Incan, and Huron nations. With so many Native American factions, you may be surprised to find that you can control them in only one campaign; while this may seem disappointing, it's unfortunately historically accurate, since the Native Americans didn't see too many victories during that time period.

The historical aspect of the game is done well. Every mission begins with a narrated history lesson that is interesting and informative, and thankfully brief. While you may tend to skip over such narratives in other games to get right to the action, you might sit through and listen to them for their historical value. However, these briefings don't always give you a good idea of your goals in the next mission. For instance, you may be given the vague-sounding task of "mining coal," but you won't be explicitly told that you need to gather 3000 units of coal to complete the mission. While this vagueness generally won't prevent you from finishing a mission, you'll sometimes complete a mission without realizing that you've reached the goal.

American Conquest has a good variety of different mission types. The game has standard real-time strategy mission goals, such as building a base and attacking, defending your base for a certain amount of time, and going through a mission with a limited number of troops. But the game also has a number of unusual and interesting mission types. In one of the Conquistador campaigns, you only have military units, and you must gather gold, which you can do by capturing Aztec dwellings--you can then use your gold to purchase new military units and supplies. In the Tecumseh campaign, you'll find yourself being hunted by the Americans, but since you're allied with the British, your goal is to constantly deliver food to your allies so that they can build up troops to protect you. Fortunately, most missions won't take longer than an hour to complete on the game's normal difficulty level, so they generally don't get boring.

Each of the game's nations has unique units and buildings. As you might expect, the European nations are technologically superior to the Native American tribes. In the 17th-century campaigns, you command pikemen and soldiers with primitive guns. In 18th-century campaigns, European nations have more advanced guns and mounted dragoons at their disposal. They can also use artillery to destroy enemy structures and generally decimate soldier formations. The Native American nations seem like they would stand no chance against the Europeans, but they do have strength in numbers. They can produce troops such as tomahawk throwers, pikemen, archers, and mounted troops, and even their peasant units can be competent fighters in a pinch. The Native American tribes can produce troops much more quickly than their European adversaries.

Like in any real-time strategy game, control of your units is the key to success. It's important to use a good mix of melee and ranged units, since although ranged units, especially gunners, can be extremely effective on the battlefield, they have weaknesses--guns take a while to reload, and they deal less damage at a distance. In addition, you need to keep a close eye on your armies' morale. If large numbers of friendly units get cut down in a salvo, or if one of your battalions gets flanked, your soldiers may become demoralized, at which point you lose control of them as they turn and flee the battlefield. Morale is actually an important consideration that helps distinguish American Conquest from most other real-time strategy games. Fortunately, you can deploy standard bearers to maintain your morale, and you can also group your soldiers into formations, which gives you much more control over your armies. And unlike in Cossacks, you can quickly and easily rebuild a formation in a decimated battalion with a single mouse click.

American Conquest makes other, specific improvements to Cossacks' gameplay. For instance, the game gives plenty of statistical information on your units (while Cossacks gave very little). American Conquest even displays the attack and defense bonuses that your troops receive in certain formations, and the game also shows how likely your battalions are to break and run. In addition, the game lets you garrison any building--that is, you can send infantry units to defend any of your buildings so that they can't be captured as easily. Garrisoned defenders get considerable defense bonuses, so you'll actually benefit from placing your buildings strategically.

With all these improvements, it's unfortunate that Cossacks' unit AI didn't see as much improvement in American Conquest. While your units do a good job of acquiring their targets, they tend to chase their enemies unnecessarily. The game could have benefited from behavior settings (aggressive behavior, defensive behavior, and so on) to help prevent the needless micromanagement. American Conquest does have a "stand ground" order, but your units forget it if you move them to a new location. Also, when shooters are attacked as they reload, they tend to draw their swords and engage the enemy, rather than falling back and firing again. It's good that your shooters are smart enough to do more than just stand there and get cut down, but it would have been better if you could force your shooters to fall back and hold the lines.

American Conquest looks and sounds great. The game's environments look crisp and authentic, and the water effects are particularly nice, especially the reflections of large ships on the seas. The units are also much more fluidly animated than the ones in the Cossacks games. Standard bearers wave their flags when idle, and you can distinctly see units shoulder their rifles before marching. And while American Conquest has no unit acknowledgments, it does have plenty of yelps and grunts when troops enter combat and die. The sounds of gunfire and booming cannons are satisfying, and the game's music score is surprisingly good as well, though you'll probably wish there were a few additional music tracks.

American Conquest's skirmish and multiplayer missions work just like those in any typical real-time strategy game. You build up a base with peon units, harvest resources, and build an army to destroy the enemy. You can also play a historical battle with set parameters. In addition, the game ships with a good mission editor with plenty of tools that let you do things like create different sorts of terrain and also build your own maps.

American Conquest does have a few quirks that are worth mentioning. First, the game has wild animals that wander through the maps. These animals are insanely aggressive and powerful--a single bison can take down several pikemen, for example. Or even worse, that bison can destroy a group of 20 peasants that just happen to walk near it. Even deer will come out of the woods and assault your troops. It's just an extra layer of micromanagement you need to worry about. Also, for some reason, the gameplay in American Conquest has a tendency to randomly speed up for a few seconds, and this happens rather frequently. Otherwise, the game runs smoothly on midrange machines or better, even with hundreds or even thousands of units storming around.

Only a few years ago, real-time strategy games were all pretty similar, but recently, we've seen a number of distinctive games that emphasize different gameplay aspects. American Conquest is definitely such a game. While beginners may find the game's battles to be difficult, especially since you can take massive casualties quickly, all players will find that American Conquest requires broad strategic planning if you want to be successful. And fans of the Cossacks series will be pleasantly surprised by all of American Conquest's improvements on that series. American Conquest offers plenty of single-player campaigns, plus skirmish and multiplayer maps and a good history lesson to boot, and it makes a great addition to any real-time strategy enthusiast's collection. 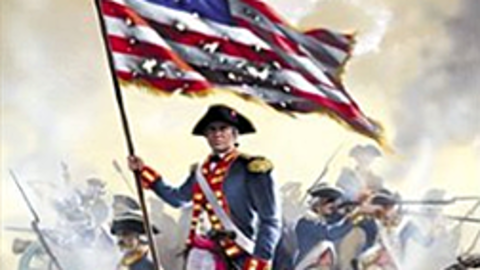