Alone in the Dark: Inferno Review

Thanks to some key improvements, Alone in the Dark: Inferno is a more playable, more satisfying version of this unique adventure.

When Alone in the Dark came out for the Xbox 360 about five months ago, its dramatic story and unique gameplay mechanics were hobbled by its pervasive technical shortcomings. For the PlayStation 3 release, the developer has made a number of improvements that make the game much less frustrating, and chief among them are the vastly improved character movement and camera controls. Though many of the graphical oddities and some control clumsiness remain, Alone in the Dark: Inferno is a much better way to experience this unique and rewarding action adventure game.

As the gruff, amnesiac protagonist, you make your way through a disaster-struck New York City into Central Park, where you begin to unravel the many mysteries before you. Maneuvering through the various environments is much easier now that the main character moves with a light jog instead of a lumbering plod. Though he is significantly nimbler, he is still a bit clumsy; you'll still have to do some funky maneuvering to interact with oddly positioned objects, and you'll have to tread carefully during the precision platforming sequences. Fortunately, even this is much easier thanks to the easily controlled 360-degree camera that replaces the restrained over-the-shoulder camera of the Xbox 360 version. Driving controls are the same, and you can still do some neat stuff such as check behind the visor for car keys or slide into the passenger seat to ransack the glove compartment. The big improvement here is the car handling. Gone are the goofy motorboat physics of the Xbox 360 version, replaced with weightier, more down-to-earth mechanics. This makes driving much easier, though the still-finicky collision detection occasionally treats small cracks like major impediments. Despite the lingering limitations, the controls in Alone in the Dark: Inferno make locomotion much easier and let you more fully enjoy your adventure.

One of the most intriguing and well-executed elements of Alone in the Dark: Inferno is the inventory and item system. The game allows you only as many items as you can fit in your belt and jacket pockets, and, in a move that visually subverts the convention of the vast yet unseen inventory, you literally open up your jacket and look down to see what you've got. Although it's never quite groundbreaking, this subversion does appear in myriad ways throughout the game, and it creates the feeling that there is something novel about Alone in the Dark. You experience this feeling of novelty the first time you look down at your limbs to heal your bloody wounds with medical spray, an action that's a good deal more satisfying than just using a medkit and seeing your life bar grow.

The limited array of items that you can pick up as you move through the world belies the complexity with which they can be combined to serve your purposes. The explosive power of a plastic bottle filled with flammable liquid is obvious, but what if you wrap it in double-sided tape, stuff a bandage in it, light it, and stick it to an enemy? Then you've got a slow-burning Molotov cocktail perfect for blowing up the hive that your spidery foe is returning to. Tape a box of bullets to the bottle, chuck it at a cluster of enemies, and shoot it in midair to unleash a decidedly nasty explosion. Poured out all of your liquid while immolating downed demons? Grab your knife and puncture the gas tank on a car for a quick refill. There are multifarious possible item combinations, and though you'll generally stick to a select few for killing enemies (flaming bullets, midair explodables, spray-can flamethrower), the game makes you flesh out your repertoire by demanding specific actions to solve certain puzzles.

Most of the puzzles in the game involve vanquishing the evil beings that are now the main inhabitants of Central Park. Since your enemies can only be permanently offed with fire (unless there is a crevasse nearby), you'll have to find a way to make them burn, baby, burn. The most straightforward method is to grab a flammable object, such as a chair or a broom, and then walk over to any open flame and set fire to the object by inclining the analog stick toward the flame. Wielding the blazing object, you target your foe, set up your attack by tilting the stick in one direction, and then strike by flicking the stick in the opposite direction. It's a lot of fun to smack monsters with chairs, shovels, baseball bats, tree limbs, and so forth, and the analog-stick actions you must perform to do so are a fun approximation of your in-game actions. Alas, this fun is hindered by finicky controls and inconsistent hit detection, so you'll often find yourself merely repositioning your weapon instead of striking, or clanging it off of a wall that you could have sworn wasn't so close.

For practical reasons, you'll end up taking on most of the evil legion with your trusty handgun. Throwing an explosive bottle and shooting it midair is a cinch, thanks to the aim assistance in the form of a glowing trajectory arc and the slow motion that kicks in whenever you throw something. Alternately, you can pour flammable liquid on your bullets and fire flaming rounds at your foes. Sure, this combo is a bit improbable, and the gun should probably explode in your face, but flaming bullets will be the keystone in your monster-battling strategy so it's best to suspend your disbelief. However, firing these babies into monsters won't kill them unless you hit their fissures. These are the livid scars left on monsters by the evil that corrupted them, and hitting them can be a real pain. The combat certainly isn't anything to write home about, but there's definitely some satisfaction to be had in scourging your enemies with flame or smacking them off of a cliff with a heavy pipe.

The few non-combat-related puzzles are clustered early and late in the game. Some of these creative platforming sequences are part of larger, dramatic set pieces, such as your escape from a burning, collapsing building. It's generally pretty clear which path you need to take, but figuring out the necessary actions and carrying them out is still entertaining. Puzzles in which you set fire to things are particularly fun; the fire looks gorgeous and spreads realistically while the textures on the burning wood change accordingly. Indoor and outdoor environments are well-detailed, especially the vast and varied Central Park. The scenery is at its best when integrated with the aforementioned dramatic set pieces. During these events, the camera will often pull out to a wider angle, giving you a greater sense of scope and harking back to the fixed-camera roots of previous Alone in the Dark games. There are some missteps here as well, and the dynamic lighting can occasionally turn an immersive environment into a something's-not-quite-right environment.

These visual inconsistencies carry over to the numerous cutscenes, yet despite the occasional pop-in and imperfect facial animations, the cutscenes do a great job of adding weight to the already dramatic storyline. Playing as an amnesiac man who wakes up in the company of men who mean him harm, you manage to escape and make your way to Central Park, where the dark, far-reaching story begins to unfold in earnest. The story is well scripted and provides a few intensely dramatic moments, which are enhanced by mostly on-point aftereffects that imbue them with a filmic quality. The whole game is segmented into chapters and sections, so you can skip around to them as if it were a DVD, though feature will probably appeal only to folks who get stuck on a tough patch or want to go back to play a favorite sequence. Skippers need not fear too much missed content: Every play session and every skip treats you to a "previously on Alone in the Dark" segment that rehashes the pertinent story elements.

Alone in the Dark: Inferno is an ambitious game that features a lot of cool gameplay and bucks a lot of gaming conventions. Many small improvements eliminate points of frustration (enhanced AI assistance, an explosive new sequence, and a few other pacing tweaks), but it's the character movement and camera updates that really help the game hit its stride. Although it's definitely not without its stumbles, Alone in the Dark: Inferno is no longer hamstrung by the issues that plagued its predecessor, which means that PS3 owners can experience this adventure the way it was meant to be played. 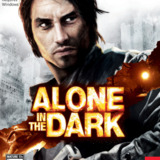 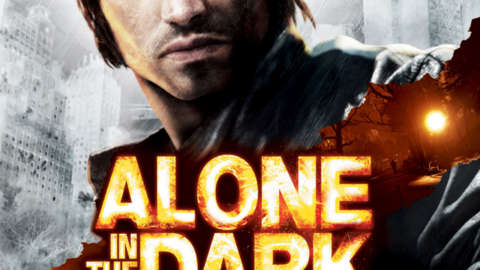