ASB '99 is easily one of the best baseball games to come around in quite some time.

Baseball games in the past were simple games with basic graphics and controls. Sure, they were good, but they weren't anything like real baseball. Lately, baseball games have featured nice graphics and sound but also cryptic control setups that take hours to learn. With All Star Baseball '99, Acclaim has taken the best of both worlds and delivered an easy, intuitive control setup, which allows you to start playing immediately, and graphics that simply must be seen to be believed.

ASB '99 features the MLB license, so it has all 30 of the real Major League Baseball teams and all the real players. There are four different game modes to play in - exhibition, season, play-offs, and home run derby. Colorado Rockies' right fielder and 1997 National League MVP Larry Walker endorses the game and gives a pitcher-scouting report. Speaking of scouting reports, in the season mode you can send scouts to the minor leagues to search for new up-and-coming players, trade players, sign and release players, and create your own players and teams

The play control is refreshingly simple. The A and B buttons are used to pitch and hit. The analog stick or D-pad are used to position where the pitch should end up while on defense. On offense they control the batter's swing. In a refreshingly useful application of the C-buttons, each one of the four buttons designates a base for the purposes of throwing and baserunning. The game's control is very precise and extremely responsive.

Visually, All Star Baseball is a masterpiece. It looks a bit like Quarterback Club on the N64, only smoother. You can see the players' faces, the wrinkles in their jerseys, and multiple shadows from the stadium's various light sources. It's uncanny how much the stadiums in the game look like their real-life counterparts. The signs hanging around the parks, the jumbotrons, and even the scenery visible over the walls of the park are accurate. Ultimately, it's the player animations that give the game its amazing look. There are over 100 different batting stances and over 600 unique motions, including catcher collisions, wall catches, sliding catches, running throws, the jump-pivot throw at second base, player injuries, dives, kneeling throws, and more than 30 catch types. All of the action can be seen from several different user-specified camera positions, although at some points in the game the camera angle will change to a fixed TV-camera-style position for dramatic effect. The sound and music are quite good. Most notable is the two-man play-by-play announcing by John Sterling and Michael Kay. They spout off over 1000 different calls and comments. Although it can be a little dry, the announcing really gives the game some authenticity.

Stat-happy baseball fans will be pleased with the stats system in ASB '99. It keeps stats for every player and team, including individual league leaders in over 200 categories. The existing stats are, of course, from STATS Inc. Perform well, and at the end of the season one of your players may receive the coveted MVP award.

The only negative thing that could really be said about the game is the recycling of basic animations. The animations for players walking out to the plate and players taking the field are used over and over. I would like to see a lot more player animations in next year's game. Also, not everyone will be a fan of the target-based batting/pitching system. You'll have to play it for yourself to make that call. But ASB '99 is easily one of the best baseball games to come around in quite some time. 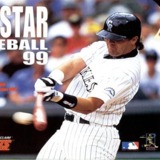 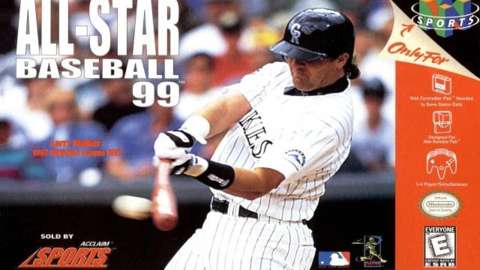 ASB '99 is easily one of the best baseball games to come around in quite some time.