All Japan Pro Wrestling is one of the best wrestling games ever made.

When it comes to wrestling games, there are two separate schools of thought. The first builds its games around pounding the hell out of buttons until moves come out. Sure, there may be specific ways to do certain moves, but for the most part, playing it is almost totally random. The second game style involves more skill, as each move is done a different way. There is usually a fair amount of button-mashing going on, but not nearly as much as in the first style. Sega's Japanese wrestler, All Japan Pro Wrestling Featuring Virtua, falls decidedly into the second category, and the resulting game is one of the best wrestling games ever made.

The game is licensed and features wrestlers from All Japan Pro Wrestling, like Giant Babab, Akira Taue, and Stan Hansen. There's also a mode that contains Jeffry and Wolf from Virtua Fighter. You also have the ability to create your own wrestler. A training mode that works very much like the Fighters Megamix trainer is contained in the game, walking you through each wrestler's moves, throws, and counters.

The game plays slightly similar to the Virtua Fighter games, but definitely takes on a feel of its own, as well. There is a block button, an attack button, a grab button, a dodge button, and a taunt button. The grab and attack buttons do different things depending on which way the D-pad is pressed, and there are also a few "tap forward twice and hit a button" style moves, as well. The coolest part of the gameplay is the injury system. When you unleash a particularly devastating move, gameplay will freeze, and a small X ray of the opponent's injured area flashes on the screen, as well as the percentage of increased damage to that area. It looks very cool.

Graphically, this game takes on any other wrestling game the other two platforms have to offer. The characters are extremely clean, the only problem being that occasionally the ring ropes appear to be going through your arm. But the fast-paced play and high frame rate excuse that flub in a big way. The sound is also very good, accurately presenting punches, kicks, and bone-crushing maneuvers.

It's too bad that the Saturn is currently in such bad shape here in the States, because gems like All Japan Pro Wrestling Featuring Virtua will end up getting left overseas. If Sega were to pick up a WWF or WCW license and bring this game out here, it would easily be the best wrestling game around. If you're an import shopper, and you're tired of the current crop of wrestling games, AJPW won't disappoint. 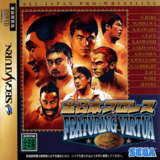 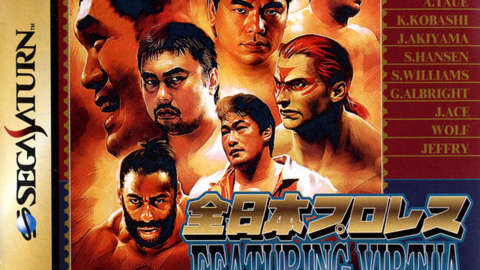 All Japan Pro Wrestling is one of the best wrestling games ever made.

8.4
Sign In to rate All Japan Pro Wrestling Featuring Virtua