Where the game deviates from the norm, and succeeds beyond expectations, is in its rendering of three distinct viewpoints and its effective re-creation of the film series' unrelieved sense of dread.

If you're a typical game player, you already know the story and concept behind Aliens versus Predator. You've seen the movies, read the comic books, played with the toys, and maybe even helped Jesse Ventura become governor of Minnesota. In 1994, Rebellion software created what is generally considered to be one of the ill-fated Atari Jaguar's best games and the definitive use of the license to date, Alien versus Predator. Five years later, the company has remade the game for the PC, bringing half a decade of technology and gameplay advancements to bear on its previous effort, and the result is excellent.

On the surface, Aliens versus Predator is a 3D action shooter of the old (pre-Half Life) school: Armed with a variety of weapons you doggedly, repeatedly move from point A to point B, killing anything in your way, riding on elevators, and flipping lots of switches. Where the game deviates from the norm, and succeeds beyond expectations, is in its rendering of three distinct viewpoints and its effective re-creation of the film series' unrelieved sense of dread.

Each of the game's three characters - the titular Predator and Alien, and the hapless human Marine - has his own plot, composed of six levels (five in the case of the Alien). The story portion of these campaigns, though, is virtually missing; the levels have little continuity between them, except for a vague sense that you are traveling from one connected place to another, and equipment acquired on one level does not carry over to the next. Luckily, a lack of coherent plot is not as much of a liability for Aliens versus Predator as it would be for almost any other game, because the history and motivation of each main character are understood implicitly, as they are simply part of the pop-culture landscape. The entire game is essentially a series of set pieces designed to evoke a mood of anxiety and lurking terror. And this Aliens versus Predator does very, very well. Emerging from a cramped hallway into total darkness, scattering a few flares around to discover that you've entered a five-story hangar containing a huge alien ship, then hearing your motion detector scream to life as something starts to move in the pitch blackness is an experience in horror unrivaled in gaming.

The engine that brings this all to life is not exactly state of the art, but is close enough to more than adequately render the game's environments. The developers have wisely chosen to focus their attention on effective lighting: Fluorescents crackle to life in response to your entering a room, flashing red lights accompany warning klaxons, and hissing flares bathe dark areas in an eerie white glow. The corona effects made popular by Unreal are here in abundance, and if strobing, colored lights are sometimes overused, they remain true to the Alien films, which share a similar fascination with mood-heightening, seizure-inducing lighting schemes. The levels take place, for the most part, in assorted military installations, with occasional forays into alien hives and the familiar tall canyons that pass for outdoor scenery in most shooters. More often than not, though, the locations are interesting and filled with enough architectural surprises, bric-a-brac from the various films, and cool extras (like glimpsing spaceships rumbling past windows), to ensure that the environments remain exciting. The game is especially successful when rendering derelict Alien spacecraft. The recreation of H.R. Giger's sleek design is almost flawless, from the enormous, curved hulls to the overtly erotic entryways.

Where Aliens versus Predator truly breaks new ground is in its selection of protagonists. The Marine is both the most immediately familiar and the most fragile. He carries a standard yet satisfying array of weapons; from the bullet spewing, grenade launching pulse rifle (taking a cue straight from Aliens, it's best fired in "short, controlled bursts") to the rocket firing SADAR to a really well-depicted flamethrower, with several variations in between. Unlike the heroes of most first-person shooters, the Marine is relatively mortal. A few solid hits from an alien, an overlong bath in its acid blood, or a single unstopped facehugger, and it's wrapped-in-plastic-and-ejected-into-space time. This frailty makes the Marine missions an unusually tense challenge. The Predator is somewhat more standard shooter fare, and the least interesting of the three. He's a tank rolling over hordes of enemies, and while he has the stealth and infravision capabilities of the movie series (both well rendered), his game, while enjoyable, is the most traditional.

The Alien, on the other hand, is a completely original experience. Armed with only a dagger-like tail and claws, it views the world through a very nifty fisheye perspective patterned after the POV shots in Alien 3. Having no ranged weapons, it must get right on top of its prey to be effective. Luckily, the Alien moves like a rocket car, can fall from any height without taking damage, and climbs fly-like across walls and ceilings, making navigating levels a dizzying, and at first disorienting, business somewhat akin to Descent. Once mastered, the incredible sense of speed and freedom the Alien provides is exhilarating. Rebellion has taken full advantage of the surface-clinging play mechanic in its level design. The game's environments are loaded with twisty passages running off at all angles, forcing the Alien player to crawl everywhere and making wall climbing a central strategy rather than the underused gimmick it could have been.

It must be mentioned that the designers at Rebellion have made a decision that will be reviled by many PC gamers: True to their console roots, they've eliminated on-demand, intra-level saving. You must complete each mission from start to finish without dying. By wresting control of the save feature from the gamer, they are able to set the pace of the game and ensure that tension remains high in a way that simply couldn't be accomplished using the standard save-anywhere mechanic. Some of the levels are large, though, and if the idea of replaying them over and over again is unbearable, you'll want to give Aliens versus Predator a miss. Having said that, enemy placement is randomized with each restart. While they generally appear in the same area, their numbers and entry points change, so redoing a level is not simply an exercise in rote memorization and remains somewhat fresh even the nth time through.

Aliens versus Predator includes all the standard multiplayer options, plus several unique variations. The game advertises co-op play, but, rather than being the hoped-for cooperative romp through the single-player levels, it's actually a bastardized form of deathmatch, with the computer controlling wave after wave of kamikaze Aliens. The whole endeavor is rather pointless and quickly becomes tiresome. The designers have inexplicably eschewed the current trend of including a built-in Internet game finder, and have tragically relied on the baroque contraption that is Mplayer for match-ups. The best that can be said for this choice is that it affords the player plenty of time to spend in the Mplayer lobby discovering the many different ways to misspell "predator." The game also supports specific IP connections and, a feature missing from many modern action games, direct modem hookups. Once set up, the multiplayer game is both stable and relatively diverting. You won't be throwing out Starsiege: Tribes or the Quake 3: Arena demo just yet, but, as an addition to the package, it's a fun bonus, though locating a game can be unreasonably arduous.

Aliens versus Predator takes the traditional first-person shooter and, instead of attempting to advance the art of interactive storytelling, simply augments the form with new effects and features that affect gameplay in deep, satisfying ways. With its single-minded focus on terrifying the player, the game is something of a one-trick pony. But that one trick is more than adequate to carry an entire game. 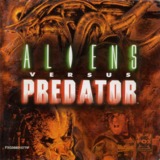