Housemarque has produced action games with an old school pedigree for years, but Alienation may be its most intense release yet. The epitome of the retro-style, overhead four-player shooter done up with new school technology, this is a game that clearly shows off the developer's skills at crafting intense action experiences. Alienation isn’t that far removed from Housemarque’s Dead Nation; the aliens you fight here frequently move in a zombie-like fashion. The overhead, isometric perspective and focus on team-based survival feel very familiar, too. However: the devil is in the details. There’s a decided focus on refinement over Housemarque's past games in Alienation.

The world has been overrun by aliens, much of the population has either been killed or mutated, and the only hope for turning the tide rests upon a squad of four heavily modified soldiers. Levels have plenty of space to explore, with mission objectives that force you to scour maps from end to end. Exploring the game's side pockets and out of the way places is a rewarding pursuit, with items, weapons, and currency in abundance, allowing you to level up both your soldier and weapons in an RPG-like fashion.

There are three distinct classes to choose from before you get started, each offering a different style of gameplay. The tank is just what you’d expect—big, bulky, and tough. He can generate shields and unleash massive bursts of energy for special attacks. At first, the saboteur seems like an odd choice for a decidedly non-stealth focused game, but he ultimately proves to be a valuable asset during coop. They can turn invisible and sneak past aliens, double dash, and unleash a devastating aerial bombing attack. Lastly, the bio-specialist is a valuable assist character that can heal teammates and choke enemies with clouds of poison. Alienation's three classes compliment each other well on a full team, with the tank taking the direct approach and shielding his teammates, while the saboteur handles outliers quickly, and the bio-specialist backs them up with healing and the poison cloud attacks that whittles enemies down.

All three offer a range of upgrade options; every ability has an upgrade path with sub-choices that can be switched on the fly. You might opt for a slightly faster recharge rate for a special attack, or slightly more attack damage. As you progress, new weapons can be picked up from fallen enemies or scattered crates. When you acquire a new weapon, you can either equip or salvage it. Salvaging weapons rather oddly lets you “re-roll” the stats of your guns, so you can potentially get them powered up without actively adding upgrades to them.

Housemarque's talent for delivering exceptional gunplay is on full display.

There are shiny “cores” to pick up too, which allow you to increase the power levels of guns—everything from damage to clip size is modifiable. Since you can upgrade on the fly, the results of any re-roll or upgrade to your character or weapon are immediately noticeable, adding a huge boost of instant gratification to the leveling system. Each player’s loadout consists of three weapons—a primary, secondary, and heavy. In addition, there’s a grenade slot that recharges after each use and can include mines and a boomerang, among other destructive toys. Housemarque's talent for delivering exceptional gunplay is on full display; the shotgun has a satisfying oomph and the flamethrower's chaotic fountain of fire is a joy to unleash.

Starting off in Alaska, Alienation moves you to places like Brazil, Russia, and onto alien ships. Depending on the number of players, difficulty level, and specific map, its 20 missions can each take anywhere from 20-30 minutes to nearly an hour each.

You're given a variety of 'go here, scan this, kill that' type of objectives within each mission, but the appearance of random events helps mix things up--sudden boss battles or a horde of aliens can appear at a moment’s notice. These random events get deeper the farther you go and beating the game introduces new gameplay elements like special assignments, alien hideouts, mysterious artifacts, and other goodies. These extras do a great job of incentivizing you to dive back in.

Though you can play Alienation on your own, it's absolutely focused on its online multiplayer. Levels get blisteringly hard after a while, even with a full team, and coordinated attacks can be a near-necessity later in the game. There are respawn points spread throughout the map where dead characters will respawn. Yet, the game is almost sadistic in its respawning of aliens. Dying means having to plow through whatever lost ground you suffered, which will be completely repopulated--frequently with more and tougher aliens.

Alienation is a refined and intense shooter that looks and sounds great, and offers fantastically chaotic and violent action.

There are a couple odd bits of frustration though. For one, Alienation only supports online multiplayer--local co-op has yet to be implemented. Another annoyance is that, even when playing alone, you can’t actually pause the game. Finally, Vita owners will find that the control scheme requires a lot of tweaking to be playable on the small screen.

Alienation is a refined and intense shooter that looks and sounds great, and offers fantastically chaotic and violent action. While the game sometimes feels a little too eager to kill players and lacks local play, with a full troop online, it’s easily one of the best all-out action multiplayer games in recent memory. 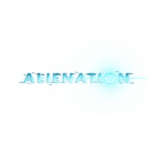 Jason D’Aprile is still killing aliens in a quest to reach level 30 and unlock hero mode after almost 15 hours of play time.