Acclaim provides enough firepower for the experienced Marine to show every Alien Queen who's boss.

Every now and then a game spawned from film hits the mark, and Alien Trilogy captures the gruesome essence of one of Hollywood's best high-tension thriller/action offerings. Simply put, this is an excellent video game and to date it's perhaps the best Doom-clone to bloody the consoles.

From the colony of LV-426 to the Alien spaceship (which brought the plague to the infested prison colony), all of the 30-some levels pay tribute to the films. Whimpering people are encrusted in the Alien-ified walls (who explode when you shoot them, or spurt chestbursters to punish the loitering Colonial Marine), towering Alien Queens that attack with relentless abandon, sleeping tanks (inspired by the films), and eggs that lazily slip open when a hurting Marine can least afford it.

Alien Trilogy also delivers the arsenal Colonial Marines will die to get their hands on. Ranging from a Beretta to a steadicam-mounted smart rifle, Acclaim provides enough firepower for the experienced Marine to show every Alien Queen who's boss. The weapons also enjoy their trademark sounds from the films, including the high-pitched jam of the pulse rifle. Like the films, Alien Trilogy employs incredible savvy in how it uses sound. There's just you and the dark, moody music, the pulse-quickening hum of the motion tracker, and two sets of jaws at every turn.

The rendering of the 3-D worlds and creatures are excellent, although not quite as crisp as the Playstation version. And the only other downside of the Saturn version of this game is the occasional "disappearing alien," which doesn't occur on the PSX. First-time players probably won't notice, and this glitch never comes close to ruining the experience. Phantom enemies aside, players could spend weeks trying to find every secret room and kill off every alien, giving this game an added bang for the buck. 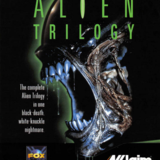 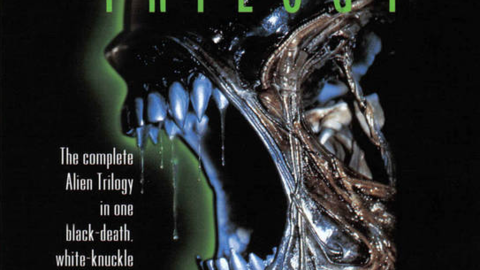 Acclaim provides enough firepower for the experienced Marine to show every Alien Queen who's boss.