This isometric shooter aptly imitates of the top-down original, but doesn't convincingly improve upon it.

It's conceivable that when we inevitably encounter aliens for the first time they'll be adorable and diminutive beings like ALF or E.T. that we can happily coexist with. If movies like Aliens have taught us anything, though, it's that we'd best be prepared for the worst. Developer Team 17 was clearly familiar with James Cameron's action-packed 1986 sequel to Alien when it released Alien Breed for the Amiga in 1991. In that top-down shooter you spent the vast majority of your time navigating the corridors of a deserted spaceship while exterminating the extraterrestrial vermin responsible for killing the crew, and in Alien Breed Evolution you do much the same thing. The audiovisual presentation is better now, and the limited support for co-op play is all-new, but sadly the repetitive action is really showing its age.

Alien Breed Evolution's Story mode is divided up into five chapters bookended by comic-book-style cutscenes that tell the instantly forgettable tale of Conrad, one of very few survivors on the spaceship Leopold, which is currently under alien attack. What story there is doesn't do a great job of explaining how Conrad found himself in this predicament nor what he plans to do about it, but the gist is that the Leopold has collided with another ship (perhaps from the original game) and subsequently been boarded by aliens that have wasted no time killing everyone. They've also seemingly managed to sabotage practically everything on the ship that runs on electricity, because save for the perfectly preserved computer terminals where you complete mission objectives and save your progress, everything's pretty busted. Each roughly hour-long chapter ends when you reach an elevator and escape to the next chapter, and because said elevators are invariably out of order, most mission objectives revolve around powering them up and getting them working again.

The action gets off to a slow start as you're introduced to the intuitive dual-stick controls, the welcome option to rotate the camera eight different ways, and the occasionally time-consuming act of searching bodies and lockers for supplies. Those supplies include frag and stun grenades, which can be deployed almost instantly but take too long to cook if you want to actually throw them towards your enemies; medical kits, available in both small and large flavors; and, of course, weapons and ammo. The pistol that you start with has infinite ammo, but it's predictably weak and so should really be used only against smaller aliens or on those rare occasions that your superior weapons--which among others include a shotgun, a machine gun, a laser rifle, and a flamethrower--are empty. Different types of aliens are vulnerable to different weapons, but switching between weapons using the D pad is a little unwieldy in the heat of combat, so you might just make do with whatever you have equipped when the aliens emerge from their hiding places in the walls and floors.

Save for a couple of alien types that have projectile attacks, most will simply charge toward you, which makes encounters during which you're being attacked from only one side quite easy. When the ship's layout allows it, additional enemies will often appear behind you to make things more interesting, but on the default Veteran difficulty setting, Alien Breed Evolution isn't a particularly challenging game. You might die a few times if you take an overly gung-ho approach to ship exploration or leave yourself short of ammo, but sometimes the trickiest aspect of the game is just figuring out where to go next. A minimap that doubles as an Aliens-style motion sensor displays your next objective, but the route from A to B isn't always straightforward, and progressing occasionally involves finding keycards, shooting out windows, or destroying explosive canisters (red, naturally) that in turn create holes through walls. Keycards aren't difficult to spot because they glow, but windows and canisters can be easy to miss either because they're not clearly visible with your current camera angle or because areas of the ship are so dark.

Other than the new weapons and enemies you're introduced to as you progress, much of Alien Breed Evolution feels extremely formulaic. As you near the disappointing boss encounter that marks the end of this offering, you're doing much the same thing that you were five hours earlier. There are some decent set pieces scattered throughout the Story mode (an all-too-brief sequence set in a vacuum and a handful of timed objectives are highlights), but these are few and far between, and they're generally even less challenging than other aspects of the game. If you're looking for a challenge more akin to that in the Amiga original, your best bet is to crank up the difficulty to Elite and turn off the hints system that defaults to on. Alternatively, you can check out the cooperative Assault mode in which you and a friend assume the roles of two additional survivors.

Assault is more action-oriented than Story mode in that you and your partner have very little to do that doesn't involve shooting aliens. The enemies come at you thick and fast almost immediately, and you're rarely afforded downtime during which to discuss the distribution of supplies. When you die, which you almost certainly will at some point, you get to respawn around 10 seconds later provided your partner can stay alive in the meantime. There's some fast-paced fun to be had in Assault mode's three levels, but what's unfortunate is that concessions made for local co-op play, such as losing the ability to rotate the camera and both players having to remain within the confines of the same screen, are also evident online. It makes sense that you should work together in co-op play, and you could argue that restricting camera movement makes it easier to communicate directions to each other, but you should be able to make these decisions for yourself rather than having them taken out of your hands.

Alien Breed Evolution is exactly what its title suggests it is--it's an evolution of a classic game that wouldn't hold up too well if you were to go back and play it today. With more varied gameplay, and with a protagonist and a story that you could care about, this might have been the Alien Breed remake that fans of the original game have been asking for all these years. As it is, though, the first episode of Alien Breed Evolution (a trilogy is planned) is merely a mildly entertaining meander through an alien-infested spaceship that's unlikely to get you excited about episode two. 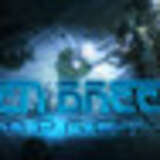 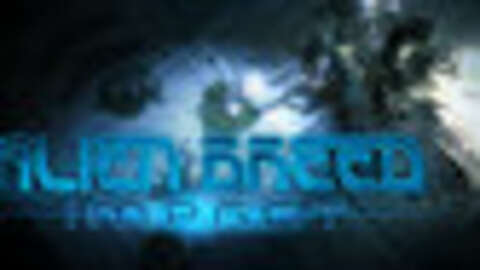 Team 17 are reviving the classic Alien Breed franchise in this all new Unreal powered remake.