In Blue Byte's hybrid role-playing game Albion, nothing is as it first appears. On the surface, the game has a look and feel that eager RPGers will take to at once, despite the fact that the story unfolds in deep space, instead of the familiar caverns that most other role-playing games call home. Casting yourself in the role of the game's youthful and handsome space jock, Tom Driscoll, is a pleasure. The opener: A scouting mission gone afoul finds you crash-landing on what you thought was a desert planet, in the company of a peaceful, alien race a-revel in a flora and fauna world that's anything but dried up. The danger - and the game's fair-enough premise - is out there and approaching fast, in the shape of your own mother ship, whose hazardous aim is to land on the planet and set up shop. Its arrival will spell disaster for the newfound habitat. Hey, Tom, you can't let this happen. And so you begin.

Performing all things ordinarily role-playing - examining objects, conversing with bit players, and equipping yourself and acquaintances along for the ride - is routine and straightforward, like easing into a good time with old friends. Some things you expect, others surprise you. The game's graphics, for instance, are robustly detailed and colored, drawing their style from somewhere between Johnny Quest comic books and the more "serious" essence of Origin's Ultima worlds. The same is true of both the game's plot and its supporting cast of human and alien characters. Indeed, Albion's idea of the future is a multi-hued one, and communicating with your multinational peers and the exotic, catlike aliens instills a cross-cultural empathy that few games have managed to successfully convey.

It's not until you venture beneath the surface, however, that Albion turns disagreeable. Down here, everything jarringly shifts into 3-D. The colors are muted, the level of detail weakened, when compared to today's best-of-the-breed 3-D worlds. While Albion's designers obviously hope to draw two gaming camps into its dual-purpose RPG, fans of the top-down 2-D variety come out the clear winners. There you were, pleasantly clicking your way over space age tiles and rolling extraterrestrial greens, when all of the sudden the plot sinks you down below. What is upsetting is the game's method of depicting 3-D motion - the periphery, fast-blur whizzing-by of crystalline cave or hard-wired corridor wall that in no time brings you closer to nausea than escape or direction. The rendering is at times so hard to stomach that once you're up out of it, the thought of having to go under again induces a feeling of dread.

What's ultimately most unsettling about Albion is that the bottom-dwelling sections of the game didn't have to be so unsettling. For instance, despite its less than perfect sum of parts, Interplay's Stonekeep portrayed its 3-D RPG realm quite convincingly. And don't forget Origin's Ultima Underworld games, which succeeded in both interface and playability. Such is Albion's dichotomy: a wholly compelling plot whose unfolding appeals to the senses only half of the time. Nevertheless, unstoppable role-playing gamers will determinedly press on, chalking it all up to hard-fought experience. For the rest of us, however, Albion's disturbing subsurface parts must be taken slowly, gradually, with frequent breaks from the game's otherwise refreshing otherworldliness, to come back up for air. And that's too bad, because just as you get deep into the story again, things take yet another turn for the worse. 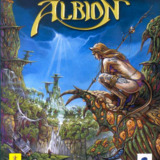 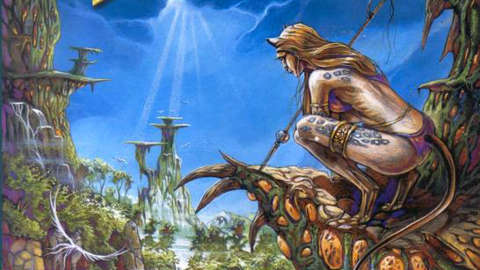