AirForce Delta Storm's strength is clearly in its visuals.

AirForce Delta Storm is latest game in Konami's line of arcade-style flight combat simulators. Like its closest competitor, Namco's Ace Combat 04: Shattered Skies for the PS2, the game features a fictional setting sometime in the near future, even though it uses actual modern-day aircraft. Unlike Ace Combat 04, however, AirForce Delta Storm lacks the overall gameplay and visual polish that made Namco's game so memorable.

That's not to say that AirForce Delta Storm doesn't look good, because it does. The game runs at an unflinching 60fps at all times, and the airplane models are some of the most realistic re-creations of their real-world counterparts that you'll find in any game. Like the recent batch of Xbox launch games, the developers seem to have gone a little overboard on the lighting and reflection on the 3D models in the actual game (fighter planes are never this shiny in real life), but this is just a game after all, and there's nothing wrong with making a game look good. You'll be able to really appreciate your plane and the visuals during AirForce Delta Storm's replays, which always seem to look like a scene out of Top Gun. The weapon effects like tracer rounds and missile trails are rendered better than in Ace Combat 04, and they have a better visceral sense to them. Likewise, the environments all boast a great deal of geometry, and the textures that cover the terrain and buildings are sharper than in other similar games. From a distance, though, the terrain has a generic look to it--it lacks any recognizable contours or landmarks. However, that's being picky, and you'll find little to complain about in AirForce Delta Storm's graphics.

Unfortunately, you'll find yourself doing a fair amount of complaining about the rest of the game. AirForce Delta Storm's single-player gameplay is made up of a branching campaign that actually resembles Bionic Commando for the NES. You assume the role of a mercenary pilot, and before each mission, you're presented with an overhead map that shows the location of your current base, as well as the location of any mission that you've been briefed on. The routes between all these locations function like roads, and for every "jump" you make from one location to the next, you lose a movement point. Additionally, the map is littered with various other hotspots that force you to hunt down other fighters or ground targets, even though they might be completely unrelated to your current mission. Once you clear one of these hotspots, it will remain inactive for as long as you have movement points. When you're all out, you'll be forced to fight in these hotspots should you fly across them in the overhead map. This becomes a big deal when you're returning to base after completing a particularly difficult mission that has sapped you of most of your plane's ammo and armor, because you're then forced to fight in a severely crippled plane, even if you've already completed your primary mission.

This becomes an even bigger deal when you realize that losing your plane in combat really means losing your plane. You only get a little bit of money per mission, and some of the later planes are expensive. In fact, it's possible to keep dying until you've exhausted your entire hangar of its planes, save for the one you start with, an A-7 Corsair II. You can't retry a level if you get shot down, as you're sent back to the nearest base. That means that all the movement points you spent to get to the level in question were wasted, and you'll likely be forced to slave through the nonessential hotspots all over again in order to reach your current mission.

The missions themselves are varied enough, though, and they include air-to-air, air-to-ground, and air-to-sea battles. The levels seem fairly large, but they're all skewed toward the casual side of the simulation spectrum. There's a lot more flying in between canyon walls and through sprawling cities in AirForce Delta Storm than you'll find in most games of this genre. There's nothing wrong with a more casual approach to flight sims, but the subtle touches of realism that graced Ace Combat 04 would have been a welcome addition here.

The sound effects, like the sound of the turbines, are impressive, and the whooshing noise of a missile narrowly missing your cockpit is enough to make you jump. Unfortunately, the soundtrack is a mix of uninspired guitar melodies and weak techno, and the hammy voice acting doesn't even take itself seriously. There's also no multiplayer to speak of, so once you manage to finish the game, you'll have little reason to play it again. Like some of the other Xbox launch games, AirForce Delta Storm's strength is clearly in its visuals. This isn't a bad game at all, but it'll likely appeal only to ardent fans of the genre. 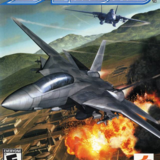 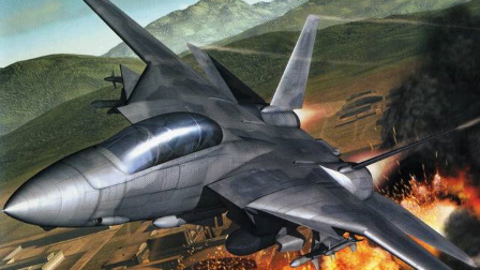 Konami is bringing its AirForce Delta series to the Game Boy Advance.