About the only people capable of enjoying Airforce Delta will be Afterburner or Blue Lightning junkies seeking their latest pseudo-3D flying fix.

Mayday! Mayday! Konami's Airforce Delta has crashed and burned its way onto the Game Boy Color. Developer Climax set out to re-create the splendor of the Dreamcast version, but instead it has merely created a mindless Afterburner wannabe. The game comes fully loaded with the sweetest graphics of any shooter on the system - and that's about it. Someone forgot to fill its tanks with gameplay. Oops.

In the world of Airforce Delta, you assume the role of a hotshot fighter pilot allied with the losing side of a bloody civil war. The People's Federation is a stone's throw from stirring Armageddon, and throughout the game's 12 missions, it's up to you to stop them. Frag some enemies, earn some cash, buy a few planes, and save the world - sounds good, right? Wrong. First, the game itself is brutally repetitious. Although each mission calls for navigating treacherous terrain and wiping out an enemy base, the real goal of each level is to destroy a set number of enemy aircraft and tanks before time runs out, you run out of fuel, or you're blown to bits. In between missions, you can purchase additional airplanes to add to your hangar, and the number of airplanes also represent the number of remaining continues.In all, there are eight aircraft: F5-E Tiger II, Mirage 2000, F-18 Hornet, Harrier, MiG-29, A-10 Thunderbolt, F-22 Raptor, and the XF-33 experimental space jet.

Unfortunately, the mention of aircraft selection brings up a second major issue: limited physics. The Dreamcast version of Airforce Delta is an arcade-style shooter, but it allows for adjustments in pitch, roll, and acceleration. It also makes allowances for the pros and cons of each specific aircraft. In the Game Boy Color port, each plane controls roughly the same, with only minor differences in speed and durability. To make matters worse, there are no throttle controls, and it's absolutely impossible to either stall out or plunge to your death. As such, all you're ever doing is machine-gunning enemies and turning away from missiles. Infrequent boss aircraft crop up every once in a while, making things interesting - but even then, only just barely.

About the only people capable of enjoying Airforce Delta will be Afterburner or Blue Lightning junkies seeking their latest pseudo-3D flying fix. For these folks, the game actually makes for a decent diversion. Graphically, it's second to none, with colorful terrain zooming by at breakneck speeds as enemy vehicles slowly scale into the distance. There's quite a bit of palette swapping employed to give the game a greater sense of diversity than is actually present, but dual-colored airplanes and tricolored missiles are a small price to pay for an 8-bit game in 16-bit clothing. Of similar caliber, the game's pulse-pounding music and digitized sound effects do an excellent job of supporting the onscreen action. It may not be a joy to play, but Airforce Delta at least makes a first-rate technical demo. 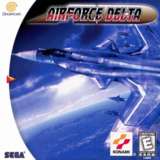 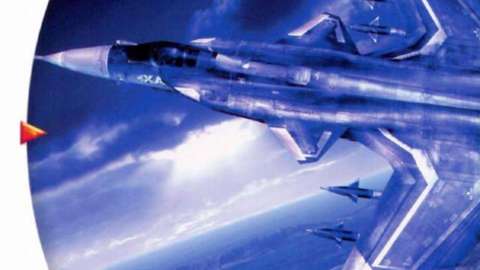 If you're interested in pulling some Tom Cruise-like maneuvers without any Kelly McGillis-style subplot, Air Force Delta will satisfy.